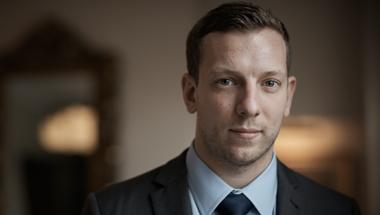 The goal of legal action must be to bring the DH back to the negotiating table, writes James Waldron

Everyone loves a courtroom drama. There’s a certain satisfaction in watching a villain squirm under the sustained questioning of a hotshot lawyer. So what would happen if pharmacists could put the government in the dock?

That’s the scenario being proposed by legal experts this week. It’s part of a spectrum of action that community pharmacy has been debating as a way to reverse the planned funding cuts in England, which ranges from the straightforward – such as petitions and letters to MPs – to the controversial concept of a sector-wide strike.

Lawyers and pharmacy bodies are at pains to point out that, as yet, no one has taken up the challenge of spearheading legal proceedings. Lawyer Noel Wardle suggests the Pharmaceutical Services Negotiating Committee (PSNC) would be the ideal candidate to lead the charge, but the negotiator is remaining understandably cagey about whether this is an avenue it will pursue. Mr Wardle believes there are grounds for a potential judicial review – he asks whether the government has engaged in a “genuine consultation” over the correct funding level, or simply made a back-of-a-napkin calculation and attempted to justify it retrospectively.

In other words, by announcing the cuts before consulting the PSNC or other pharmacy bodies, the government may have denied the sector a legitimate say in its own future.

Pharmacy minister Alistair Burt is keen to show he is listening. He has promised to engage with pharmacy bodies over the coming months and told C+D this week that we are due to see an impact assessment of the proposed cuts. While this should shed some much-needed light on the funding decision, the minister has remained typically vague on the document’s publication date.

Of course, unlike TV dramas, any legal action the sector does take may not necessarily result in a victory. Just ask Community Pharmacy Northern Ireland, who had their demands for more funding quashed by the country’s high court last week.

But even if it fails, the threat of legal action may still have the desired effect of making the government sit up and listen. While it’s nice to imagine pharmacists getting their day in court, the real goal must be to get the Department of Health back to the negotiating table.

Do you think there are grounds for a potential judicial review?