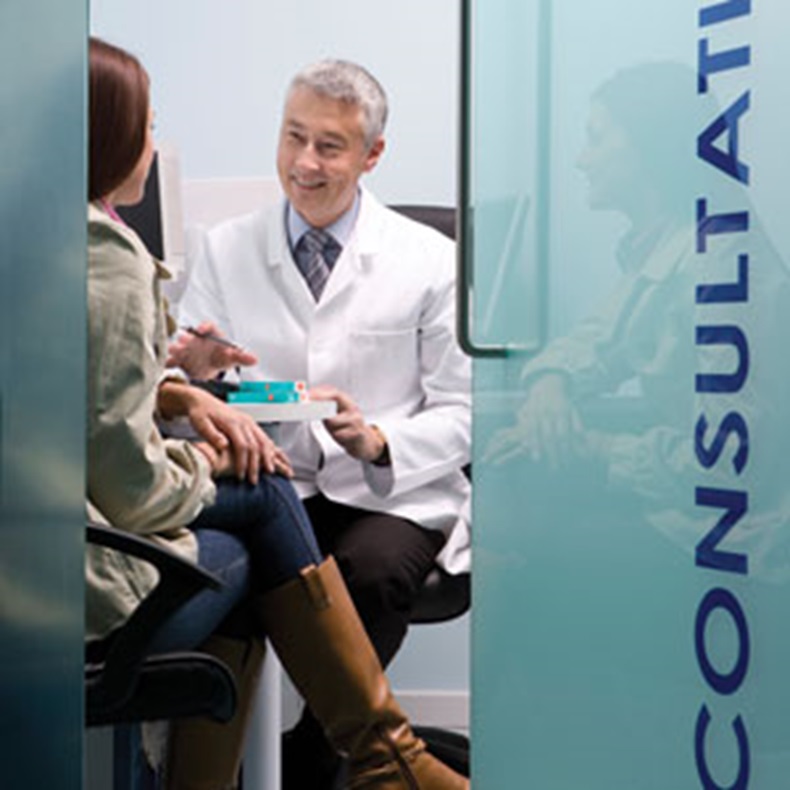 Only a handful of community pharmacists have taken up the opportunity to become independent prescribers. Why has progress been so slow – and how can the situation change?

Only a handful of community pharmacists have taken up the opportunity to become independent prescribers. Why has progress been so slow – and how can the situation change?

When pharmacists were first given the opportunity to train as independent prescribers in 2006, hopes were high. The aspiration was that many would take the opportunity to gain a new skill. In turn, pharmacies would be rewarded with an expanded role and fresh business opportunities. However, this picture is yet to materialise.

Today, the General Pharmaceutical Council (GPhC) records only 3,277 independent and supplementary prescribers on the register – just 7 per cent of the total workforce. And those who qualify are struggling to use their skills, suggested a GPhC survey released in April: a quarter of all independent and supplementary prescribers surveyed said they had not used their qualification and few were using their skills on a regular basis.

The picture looks even bleaker among community pharmacists. Of the independent prescriber group in the GPhC survey, only 11 per cent worked in the community sector. These figures are especially shocking when you consider the potential benefits for the profession and the NHS. So, why hasn't pharmacist prescribing taken off?

The advantages of prescribing skills are numerous, as contractor and Royal Pharmaceutical Society treasurer Sid Dajani can testify. He qualified as an independent prescriber in 2012 and believes this has helped decrease GP workload, provide easy access to healthcare and facilitate quicker response times. He says pharmacists with an independent prescribing qualification can be of real use to the financially strained health service. "We're more cost-efficient to the NHS as prescribers. We're equally as competent [as GPs] once the diagnosis is confirmed," he tells C+D.

Capitalising on this opportunity sounds like a no-brainer, which makes it bewildering that the NHS hasn't jumped at the chance. Mr Dajani believes the main barrier is clear: poor management. He blames a "lack of foresight" from NHS commissioners in funding pharmacist prescribing. "The bottom line is that prescribing for pharmacy is, in all honesty, tangled, overlapping, fractured, fragmented and an unmanageable mess," he laments. "Everything is being done in silence – not cohesively or laterally."

Those who do train as independent prescribers are left unable to optimise their services. For example, it can prove difficult even to gain powers to prescribe Nice-approved medicines alongside a smoking cessation service. "It just destroys the ability of a community pharmacist to deliver what's necessary," Mr Robinson argues.

Technology has proved a further barrier. Jacqui Kinsey, the prescribing studies programme manager at Keele University, believes pharmacists have been hindered by lack of access to patient records. "You need to see exactly what medications patients are on. At the moment, that is a limiting factor," she explains.

Of course, things are changing. In the case of patient records, pharmacists are starting to make headway in gaining access. And Ms Kinsey is seeing a fresh enthusiasm for gaining prescribing skills. At present, the Keele University course has a "very steady" intake of 20 to 30 students every year, and she believes more graduates are starting to consider the option. "Current students who are graduating from university are very interested in becoming prescribers. I think they see it as a key development in their professional career," she says. "You really feel that you are using your clinical knowledge where you should be." She is also receiving interest from the multiples: a sure sign that there is a business case to be made.

But the main barrier – lack of opportunity to use prescribing skills – remains. The only glimpse of progress comes in the form of Scotland's Prescription for Excellence, a 10-year strategy to improve pharmaceutical care across the country. One of its principal recommendations was to make all pharmacists independent prescribers, which should pave the way for more opportunities.

Professor John Cromarty, director of pharmacy for NHS Highland, is keen to see independent prescribing become more common in the community pharmacy setting. "Community pharmacists have a key role to play in the delivery of the Prescription for Excellence, both in developing pharmacist independent prescribing clinics and in using the associated clinical skills to improve the pharmaceutical care of all of their patients," he stresses.

Keele University's Ms Kinsey hopes this mindset will transfer to England. Although the system south of the border is different to that in Scotland, she believes the shared problem of an overburdened health service will increase demand for independent prescribers in coming years. "Pressures on the NHS mean that they are going to be looking for people who can support patients with long-term conditions," she explains – an area where pharmacist prescribers can clearly contribute. With this in mind, she hopes independent prescribing qualifications will start becoming "the norm".

Mr Dajani believes this could go one step further, with prescribing skills being taught as part of all undergraduate courses. "We already do repeat dispensing. It's not that far [away] for us to learn change of prescription if we needed to," he says. "You're taught everything else; you just need to be taught how to write a legal prescription."

NHS Alliance's Mr Robinson is cautious over forecasting a rosy future anytime soon, though. He would like to see all independent pharmacist prescribers gaining powers to prescribe from a basic NHS formulary. But he is unsure whether this will be possible. "If it requires a statutory change [in law], the chance of getting anything through parliament in the next 18 months is virtually negligible," he points out.

‘I use my prescribing skills on a weekly basis'

In the three months since completing his training, Senthan Kathirgamanathan has prescribed for more than 20 patients, he tells C+D.

On a weekly basis, Mr Kathirgamanathan uses his prescribing skills to optimise medication, making sure that it is safe for the individual as well as offering repeat dispensing services for stable patients. He has seen first-hand the difference his skills can make to patient care. Two independent prescriber pharmacists at other IntraHealth practices ordered 30,000 prescriptions in 2012-13.

Many patients have had such good experiences, says Mr Kathirgamanathan, that they will ask for them directly when in need of a prescription. He also notes that some patients now trust their pharmacists as much as a GP when being prescribed medication, if not more.

But he admits that working side by side with GPs has made his job a lot easier. "One downside to community pharmacy is that you don't have access to the full GP medical records," he explains.

"I see everything the GP sees: clinical letters, outpatient letters, blood test results, consultation entries, whether they're going to A&E, the GP surgery, etc. That's why I can prescribe safely and effectively for my patients."

He believes it is "a shame" that other pharmacists who have trained as independent prescribers don't have the chance to regularly make use of their skills. "It's beneficial for more pharmacists to train, but they actually need to use it. There's not much point in training people if they don't use their prescribing," he says.