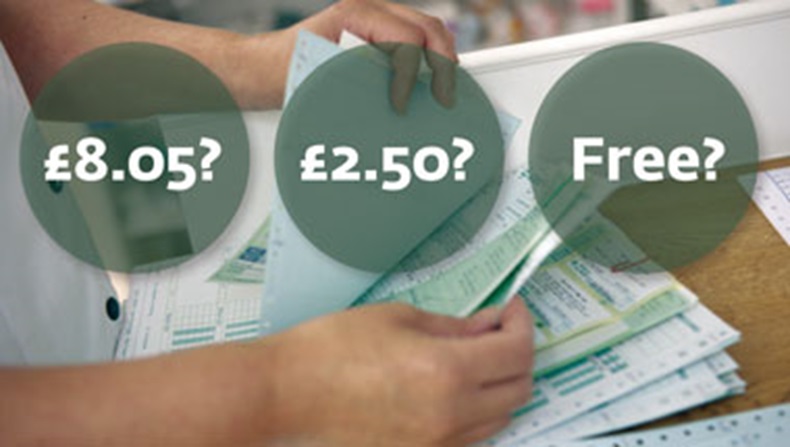 The ethical debate around charging for prescriptions in England has been a long-running affair. In a case of patient welfare versus balancing the NHS books, it seems unlikely there will ever be a consensus on the right way forward. This month’s news that pharmacists will have to police those who are claiming free prescriptions from 2018 has raised fresh questions over the current system, under which less than 10 per cent pay for their medicines.

Over the years, campaigners have continually proposed alternatives, from creating a universal £2.50 prescription charge, to abolishing the charge altogether as Scotland, Wales and Northern Ireland have done. So which path would you take if you were in charge? Select which option you would prefer by clicking on the buttons below to see how your decision would impact on NHS finances.

Scenario one: Keep the current charge

The argument for keeping the current system is well-known. Only 10 per cent of prescriptions are paid for and the income generated from these is vital to the NHS, the government says. It also believes the remaining 90 per cent of prescriptions should be free for patients exempted from the charge due to their age, continuing disability, medical condition, pregnancy or inpatient status.

But opponents have criticised the often confusing exemption criteria – patients with underactive thyroid are exempted but this does not extend to those with an overactive thyroid gland, for example – and the administrative burden the system carries.

So how much does this charge really benefit the NHS? The income generated works out at less than £1 per prescription item, if you take 2013 as an example. That year, more than 1 billion prescription items were dispensed in the community, of which more than 90 per cent were free, according to the Health and Social Care Information Centre (HSCIC). There is no up-to-date data on how many prescription items were paid for under the single charge, which was £7.85 at the time. But if proportions have remained the same since 2007, when the last data was collected, they accounted for 7 per cent of all prescription items. This would have generated £566,039,950 in income.

Of course, there are costs attached. The exact figure is not known because the NHS does not hold figures on this, but independent charity The King’s Fund estimates that the charge raised £450 million overall in 2012-13. This figure is only set to rise with the increase in the charge to £8.05 in April 2014 – potentially bringing in an extra £14m if volumes and the administration cost remain static.

Charging everyone £2.50 for a prescription item would iron out inconsistencies in payment exemptions and raise extra funds for the NHS, The King’s Fund proposed in September. There is no doubt the new system would work from a monetary perspective. If the 1 billion prescription items dispensed in 2013 were charged at £2.50 each, this would raise more than £2.5 billion. It would also cut the administration costs of sorting through paid-for and free prescriptions.

In reality, though, the figure would be lower. The King’s Fund accepts there would have to be a form of discount for patients on a high number of prescriptions – whether a pre-payment certificate or another form of cap – that would bring down the total figure. But it still believes the system would generate £1.5bn in income for the NHS.

Reaction to the proposals has been mixed. While the universal charge received support from many C+D readers, the Royal Pharmaceutical Society said they “merely extended the tax on health to everyone” and “heaped unfairness on top of illness”.

Income generated: None, but potential savings made

England is the only part of the UK where a prescription charge remains, so should it follow Scotland, Wales and Northern Ireland in scrapping the charge altogether? Of course, it would mean losing nearly £900m in income – a sum that is difficult to ignore at a time when the NHS is struggling to make ends meet.

But campaigners argue that it could also generate savings. The Prescription Charges Coalition highlights that an estimated £500m is wasted every year due to ineffective use of medicines. And the prescription charge is only making matters worse, suggested its survey of more than 3,700 people in March 2013. More than a third of respondents said they had not collected at least one prescription item due to the cost over the past year, with three-quarters of this group reporting their health worsening as a result.

Arguably, the reduced administration involved in prescription payments could also free up pharmacists to spend more time helping patients adhere to their medicines.

But, on balance, scrapping the charge is still likely to hit NHS finances. While it may improve the health of patients who pay for their prescriptions, any savings are unlikely to fill the nine-figure black hole. Considering that the NHS spent an average of £160.18 per head on prescriptions in 2013, it’s easy to see why it feels the need to recoup some of this cost.

In today’s penny-pinching climate, are the societal benefits of universally free prescriptions enough to convince policy-makers?

Which option do you support? Tweet @CandDEmma using hashtag #prescriptioncharge