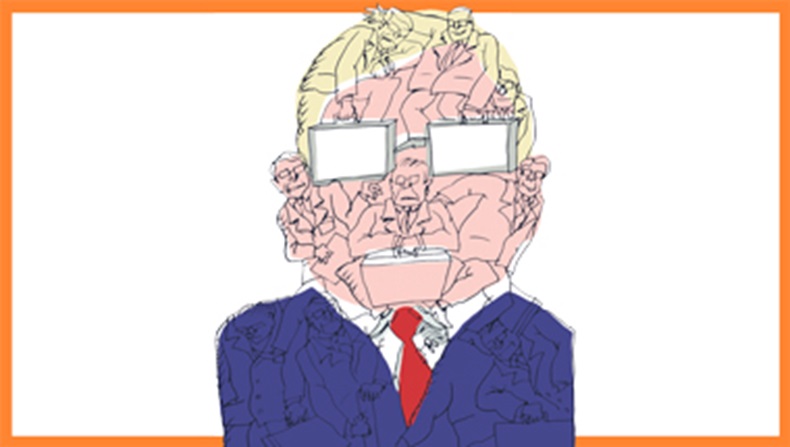 Is pharmacy's vast number of representative bodies holding the profession back?

How many pharmacy bodies do we need? It’s a tough question. The sector has so many actions and interests that it is tricky to quantify the ideal amount of representation. But whatever your thoughts on the right number, it is unlikely to match the multitude of pharmacy bodies in existence. From the larger bodies such as the Royal Pharmaceutical Society (RPS) and the NPA to smaller organisations such as the Association of Independent Multiple Pharmacies (AIMp), their sheer number can be overwhelming.

As a result, the validity of these organisations has been called into question. More than 90 per cent of 116 C+D readers said there were too many pharmacy bodies in a poll that ran from July 3 to 7. And there are signs that the representatives in question see their point – in April this year, the NPA and the Independent Pharmacy Federation (IPF) merged to form a single body representing the interests of independent pharmacies.

The move made sense. Joining together two bodies with similar remits and interests could only make their voices stronger. It made so much sense, in fact, that it raised the issue of whether other pharmacy bodies were collaborating as much as they should be.

Lack of a ‘master brand’

For Gavin Birchall, director of healthcare design and marketing company Dose, the answer is no. He is worried that the pharmacy profession is becoming “overshadowed” by the “bewildering number” of representative bodies. This plethora of organisations can hinder the sector’s progress rather than enhance it, he says.

Mr Birchall explains that pharmacy can be thought of as a brand. Therefore, it needs what he calls a “master brand”. He cites the example of Nurofen. It encompasses a number of smaller sub-divisions – Nurofen Plus, Nurofen Express, Nurofen Migrane, Nurofen Fast Penetration Gel, the list goes on – but all of these are clearly connected to the master brand of Nurofen. He fears that pharmacy has failed to spend enough time promoting its master brand – the profession itself, in other words.

This is particularly damaging when someone from outside the sector looks in – commissioners, for example, or politicians. “Who does NHS England turn to if it wants to do business with the pharmacy profession?” Mr Birchall asks.

The “uncontrolled” growth of pharmacy’s representative bodies has made it “impossible to do business with”, Mr Birchall argues. There are too many bodies all pushing for similar aims – albeit for slightly different groups within the profession – which he sees as a waste of effort.

Bill Beeby, vice-chair of the British Medical Association’s clinical and prescribing committee, is evidence that there is substance behind these fears. To GPs like him, negotiating with pharmacy organisations is “very confusing” and it can be “difficult” to understand where one body’s remit ends and the next begins.

In the face of this confusion, Dose’s Mr Birchall believes Boots has unofficially become the main pharmacy representative body. The multiple is undeniably a large part of the pharmacy brand: it has more than 2,500 outlets in the UK – nearly a fifth of the total number of pharmacies – and, in 2013, spent more on UK advertising than Samsung, Apple, Coca-Cola or HSBC.

This makes the multiple’s influence more important than it should be, Mr Birchall says. “I am confident that the politicians and commissioners that our representative bodies seek to influence have more interactions with Boots staff each year than with the leaders of the bodies,” Mr Birchall argues. It’s a bold statement, but perhaps not too far-fetched considering health secretary Jeremy Hunt failed to meet with any pharmacy bodies during his first six months in office.

Mr Birchall believes the solution to the problem lies in reducing the number of pharmacy bodies. Simply consolidating those that overlap would work wonders, he argues. “Branding theory suggests that contraction of the representative bodies would strengthen and focus our representation,” he says. “It would simplify the process for NHS England at a national level and possibly even increase the chance of nationally commissioned services.”

So could it really be that easy? Could simply reducing the number of pharmacy bodies make way for a greater role for pharmacy?

Fin McCaul, chair of the IPF until it was subsumed into the NPA, believes the situation is more complex. Granted, he followed the principles of consolidation in that merger. But he believes the complexity of the sector requires a large number of pharmacy bodies, each of which has a distinct role.

This year’s battle around cuts to funding for small pharmacies is a prime example of how certain issues only affect certain corners of the sector, Mr McCaul says. “That’s really only hit independents,” he stresses. This makes it vital for this faction of pharmacy to have a distinct voice – as he points out, the Company Chemists’ Association is unlikely to have a “real view” on the issue because it represents multiples exclusively.

For this reason, Mr McCaul is against a cull of pharmacy bodies. Instead, he believes the sector should concentrate on getting the host of professional organisations to sign up to an “agreed vision”.

Representative bodies often have very few differences of opinion between them, but they need to “tie down the detail” of how they feel pharmacy will develop, he says. This could be by penning a document similar to the IPF and NPA’s manifesto for independent pharmacies in 2013. Setting these common goals could herald the start of more co-operation – and, crucially, present a united voice to the NHS.

This is particularly important at a time of turmoil in the health service, says Mr McCaul. “The NHS is really challenged,” he explains. The Five Year Forward View strategy document called for “something different” to tackle the problems – and that just might be pharmacy. “Pharmacy has to come together and offer something different, and in a united way work towards it,” he stresses.

This concept of a united vision lies at the crux of the matter. Amish Patel, owner of Hodgson Pharmacy, Kent, says the problem is not the number of pharmacy bodies, but their often “conflicting” messages. “On more recent topics, Pharmacy Voice has had a slightly different opinion to the RPS. It’s just having that continuity and unity of voice,” he tells C+D.

Mr Patel believes pharmacy bodies should discuss issues together before voicing their views so any publications are a “completely unanimous, joint decision”. This cohesion would lead to a stronger sector and, ultimately, more clout with commissioners, he says. He suggests pharmacists should look to the way GPs operate. “GPs have more bodies than we do, but at the same time they stand stronger together, and we don’t seem to do that.”

Dr Beeby has an inside view on how GP representative bodies work. Although they do “tread on each other’s toes” occasionally, he says their relationship is ultimately complementary. The groups maintain this relationship with regular meetings, which ensure that – if there are differences on a particular issue – disagreements are picked up early. “And if there are no differences, we make sure we agree the hymn sheet,” he says. “Because it’s difficult, you don’t want to give out confusing messages.”

Light at the end of the tunnel?

There are glimmers of hope that this could happen in pharmacy. Rekha Shah, chief executive of Kensington, Chelsea and Westminster LPC, admits she has been “fearful” that pharmacy bodies were not speaking with one voice in the past – instead going off on their own “tangents”. But she feels that they have started “working together a lot more”. “That’s how it should be,” she says.

There have been clear signs of improvement. PSNC, Pharmacy Voice, the RPS and others are working together with the Health and Social Care Information Centre, for example, to ensure the rollout of the summary care record to all pharmacies in the UK.

So, it seems cohesion is starting to take place. It is undoubtedly a step in the right direction. But at a time when there is still all to play for in the new NHS environment, pharmacy bodies need to step up the pace of change. Pharmacy must speak as a united voice to be heard, and creating that united voice is something that needs to happen sooner rather than later.