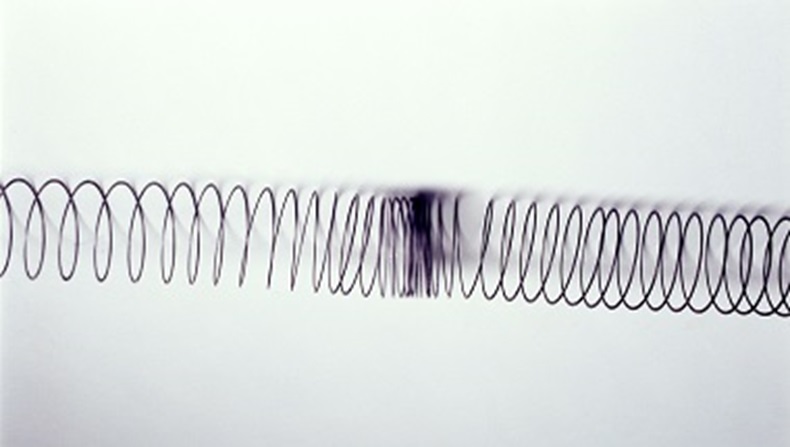 Working as a locum offers flexibility and experience, but being self-employed can bring challenges

Locums are a vital part of the pharmacy workforce. Yet, online pharmacy forums can paint a picture of discontent and disillusionment.

“There is no job satisfaction whatsoever,” writes one poster at pharmacy-forum.co.uk. “You’re just a replaceable locum.”

Another says that they have been waiting for payment for months, while many others are unhappy with the day rates on offer.

In December, C+D blogger Aman Birdi voiced his frustrations about locum life: “No matter how much effort I put in, I’ll still be valued at the same rate as the pharmacist who was covering the previous shift.

"Yes, I can demonstrate that my value is higher… but what does it matter in the end? I’ll still be paid the same as Joe Bloggs who checked a few prescriptions and spent the rest of their shift on their mobile messaging friends.”

But working as a locum offers many benefits. For some, the most compelling advantage is the freedom to be flexible when choosing where to work, and when.

Perry Melnick has been a locum since 2001. After selling his pharmacy in 1999, he was initially attracted to locuming by its flexibility – as well as the rates. “It was relatively well-paid in those days. I was fortunate to start at a time when it was easier,” he recalls.

But Mr Melnick also outlines the downsides of being a locum, which are applicable to any self-employed person – no paid holidays or statutory sick pay.

And locums face difficulties such as the lack of paid maternity leave, redundancy payments, the right to notice or protection from unfair dismissal – according to Pharmacist Support, an independent charity working for pharmacists and their families.

Mr Melnick says: “At one time, you could have said that locum remuneration reflected some of [the downsides]. But now, because of the surplus of pharmacists, it’s very much a buyers’ market.”

He believes the reasons for becoming a locum are now “somewhat less compelling than what they were”, and that rates have remained stagnant – or even dropped – in recent years. He even goes as far as to say that some companies offer day rates he regards as “exploitative”.

Findings from the C+D Salary Survey seem to back up this view, with average locum rates reaching a seven-year low of £20.85 in 2014.

So will Mr Melnick continue with locum work, despite all the changes over the past 15 years? “Oh yes. I’ve been around for a long time. I’m in the twilight of my career and I’m relatively fortunate in that I don’t use agencies. I just get bookings, by word of mouth.”

Neera Shah has been a locum for a much shorter period of time – nine months. Like Mr Melnick, she enjoys the flexibility, as well as the broad experience, that locuming offers her at an early stage in her career.

“As soon as I finished my pre-reg [year], I started locuming,” says Ms Shah. “I wanted a lot of experience quickly. During my pre-reg, I barely brushed the surface of what pharmacists actually do. It sounds silly, because the whole point of the pre-reg is to train you to be a pharmacist, but I had no idea about any of the things I do now as a locum.”

Ms Shah is based in Milton Keynes and travels to bookings within a 50-mile radius. She thinks travelling, and being willing to travel, is the most important thing a locum pharmacist can do.

Mr Melnick says the travel is “part of the enjoyment” of being a locum and that where you live can make a big difference. From his home in Ilford, north-east London, he can travel to central London or to East Anglia as required.

Working with a wide range of people can also be a bonus. Waheeb Ibrahim, who lives in south-west London, qualified last year and decided to start out as a locum as a way of gaining experience. Since then, he has worked at more than 30 different pharmacies.

At first he found the experience daunting. “You turn up to work and don’t know what to do – or how people are going to treat you. It’s unexpected. At the beginning, I would feel scared [about going] somewhere. But now I’m used to it.”

Ms Shah also says she thrives on the different situations she finds herself in. “I love the diversity of locuming,” she says. “[From] a tiny little village, where everybody knows everybody, to a big chain where the staff are incredibly well-trained and everything runs seamlessly – the variety is just fantastic. Being thrown in at the deep end has been a huge challenge.”

In addition to travelling and adapting quickly to new environments, it can help to be proactive when looking for work. Shreena Vakani (right) has been locuming for two years since her pre-reg year and is currently working five days a week at two different pharmacies. “I arrange everything myself,” she says. “I prefer that.”

Ms Vakani advises locums to network as much as possible as a way of meeting people and getting more work. “Attend Centre for Pharmacy Postgraduate Education [CPPE] events – you never know who you might meet.” Asking for feedback after a booking also produces results. “Follow up and ask if everything was OK. That’s how my locum journey started, by keeping in touch,” she says.

She also uses social media to look for work. “The Royal Pharmaceutical Society [RPS] has a page on Facebook; I often see jobs posted on there. Other pharmacists I know have WhatsApp groups and they’ll flag up shifts. And I have been approached via LinkedIn for jobs.” To this end, she stresses the importance of keeping social media profiles and activity as professional as possible.

Locums also need to pay attention to their continuing professional development (CPD). A permanent employee may have the advantage of being sent on paid courses to build and refresh their skills, yet a locum will be expected to arrange training at their own cost. Ms Shah says: “You have to pay for your own training if you want to do, say, flu jabs, or if you’re looking at doing a diploma. The onus is entirely on you.”

Ms Vakani finds that local events have been useful as a more informal way of learning – and another good way to meet employers. “I go to events organised by different organisations that are supported by local clinical commissioning groups [CCGs]. They are good, not just for the information but to network.”

And of course, there are the day-to-day tasks of being self-employed, such as chasing payments and preparing for tax returns. Sometimes the hourly rate for a locum will reflect this, as well as the instability of employment – but not always.

“The rate is low compared with what it was,” says Ms Vakani. “Sometimes if you’re working somewhere regularly, they may set targets such as needing to do medicines use reviews [MURs]. To work for [a low hourly rate], and then be told you need to do five MURs, is a bit much because the pay is so low. You’re [also] given a lot of responsibility – that’s quite tough.”

In September 2015, The Pharmacists’ Defence Association (PDA) launched a campaign to support locums. The union says they are “increasingly receiving poor treatment at the hands of some employers” – something that has been highlighted in recent national newspaper coverage of a PDA survey into the working conditions of locums and employee pharmacists.

PDA chairman Mark Koziol says locums are “an exceptionally valuable resource”, and are “worth their weight in gold”. Despite this, some employers “have, sensing that the supply-and-demand dynamics are favourable [for them], decided to take a short-term view and make life for locums difficult, thinking this will improve their profitability”, he argues.

In spite of this difficult environment, both Ms Vakani and Ms Shah continue to value the wide range of experiences on offer as a reason to stick with locuming – for now.

Mr Ibrahim, however, is using his locuming to move on to pastures new.

“By August, I’ll have one year of experience as a locum. After that, I’d like to look for something more permanent. I’m looking at perhaps working in a GP practice, or maybe in an A&E department. I wouldn’t like to work as a locum for the rest of my life.”

But for those who enjoy being able to work for whoever they want, at the hours they want, locuming has still got plenty of appeal. While declining pay rates remain a concern, locums can be safe in the knowledge that they are an exceptionally valuable resource for the sector.

Do you think locums receive the recognition they deserve?