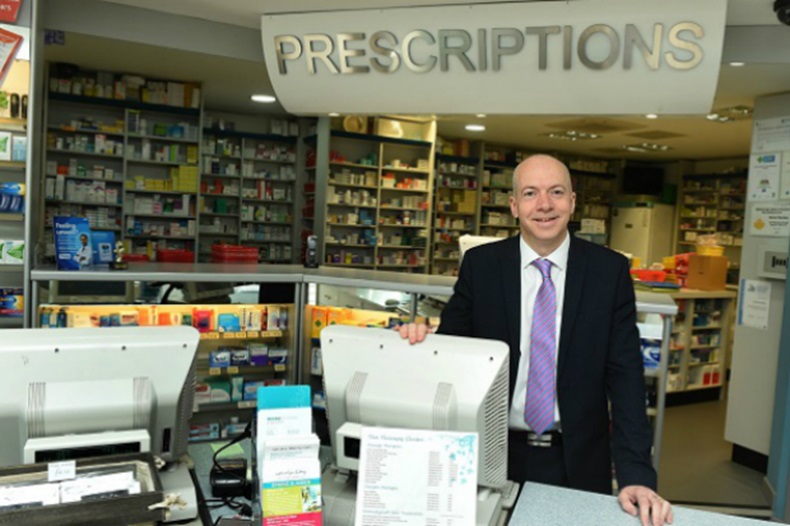 To celebrate the 10th anniversary of the C+D Awards, we have created a special category for 2017 – and are giving you the chance to pick the winner. Over the coming weeks, we’ll be looking back at each of the past recipients of the coveted Community Pharmacist of the Year trophy. Readers will then be given the chance to vote for their favourite entry, with the winner announced at the C+D Awards ceremony at Celtic Manor in Wales on July 12.

This week it's the turn of Michael Maguire, who scooped the award in 2009.

What made him a winner?

Mr Maguire transformed his Marton Pharmacy in Middlesbrough into a healthy living and therapy centre, offering everything from smoking cessation services and evening weight management classes to chiropody and acupuncture.

He started by renting rooms to therapists – including a chiropodist – which he says was the easiest way to expand his pharmacy's offering. Members of his staff were also trained up to help deliver therapy treatments, as well as some of the pharmacy's other services.

He was also a champion of his hometown. When Middlesbrough was voted the worst place to live in England, he helped launch a Love Middlesbrough campaign to promote local businesses and talent.

In his own words: “It’s really easy for people to pick up on the negative issues, but we’ve got a lot of positive things in Middlesbrough too, and I thought, ‘Why don’t we do something about it and put a positive message across?’”

“I’d say it’s worth being adventurous – if you’re doing it for the right reasons and doing it well, you will get the right results.”

What’s he up to now?

When C+D caught up with Mr Maguire earlier this year, his pharmacy had just hosted a camera crew from the British Heart Foundation. The charity had come to film the story of a heart patient who the pharmacy had helped to lose weight, stop smoking and start exercising. “He’s now off all painkillers and blood pressure tablets, which is quite a transformation,” says Mr Maguire.

He adds: “The whole team are flying now and it’s really nice to see [their] confidence.”

Since winning the C+D Award in 2009, Mr Maguire has started to deliver leadership training to pharmacies, and even expanded these session to include local schools. The pharmacy has continued its additional services, with physiotherapists, chiropodists – and even GPs – working in the therapy centre. They currently provide services ranging from a travel clinic to Botox injections.

He’s even found time to become a pre-registration tutor. “I’ve got eight pre-regs through. I’ve got a 100% record – I’m really proud of that.”

The pharmacy hosts students from Durham University and Mr Maguire believes that one student – who will become its pre-reg next year – is “definitely C+D Award material”.