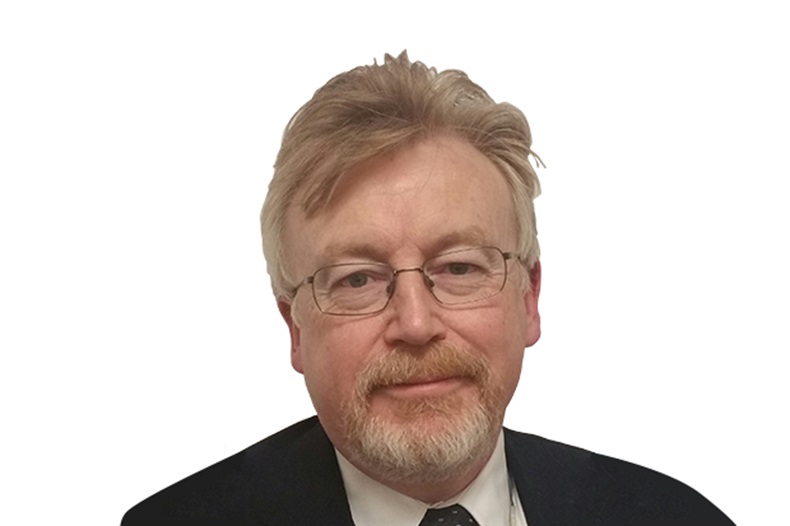 The sector attached high hopes to the independent report – soon dubbed the ‘Murray’ review after Richard Murray, the director of policy at the health think tank the King’s Fund, who led the exercise – with the Pharmacists' Defence Association suggesting it could redistribute commissioning power across pharmacy.

When the long-awaited report was finally published in December 2016, community pharmacy looked on in anticipation at how the government and commissioners would respond.

So what did the 'Murray' review recommend?

Existing medicines use reviews (MURs) should be "redesigned" to include "on-going monitoring and regular follow-up with patients".

For MURs to be “safe and effective”, pharmacists should be given access to patients' full medical records.

“NHS England should set out how it intends to deliver” its commitment to have locally commissioned minor ailments schemes across England by April 2018, Mr Murray said. "Progress towards [the commitment] clearly needs to happen sooner."

He also recommended “building on the experience in Scotland”, where a national minor ailments scheme has been available for “nearly a decade”.

“Consideration should be given to smoking cessation services becoming an element of a national contract.”

Mr Murray recommended “full use” of the electronic repeat dispensing service, and for it to become the “default” option for repeat prescribing – except for patients who are not yet stabilised on their medication.

Community pharmacists should be more involved in NHS England's 'vanguard' sites, to better integrate them into "long-term condition management pathways".

“Pointing the way” to the sector’s future

“The NHS locally and nationally will want to consider many of the ideas the report lays out,” he added.

The sector was not to hear from Dr Ridge again on the matter for another six months – and even then, only on prompting from C+D – when he said NHS England would formally respond to the review “at some point, hopefully in the not-too-distant future”.

Dr Ridge also told C+D at the time the commissioner needed to “think about how we are pursuing” the report's recommendation to transform MURs into “clinical medication reviews”.

Three months later, Dr Ridge acknowledged at the Royal Pharmaceutical Society’s (RPS) annual conference that community pharmacy was still “waiting with baited breath” for a response to the review.

So there was understandable surprise when on October 30, Dr Ridge dramatically changed tack. He admitted in an all-party parliamentary group (APPG) meeting that NHS England would not be publishing a formal response to the review “because we do feel that it’s by and large been taken into account”.

In light of this, C+D went to NHS England to find out if these recommendations are really being put into practice, and if so – how?

What is NHS England doing about the review’s findings?

Dr Ridge told C+D in November that NHS England is “already making significant progress” when it comes to “implementing many of its recommendations”, and these are “helping patients benefit from the expertise of pharmacists and pharmacy technicians as clinical healthcare professionals”.

When C+D asked for specifics, NHS England referred to its “significant investment” in programmes to deploy pharmacists and pharmacy technicians into wider primary care settings, primarily “to carry out medicines optimisation and relieve the pressures on GP practices and hospital admissions”. This is being funded and evaluated as part of the Pharmacy Integration Fund – which itself made headlines recently, when Dr Ridge admitted the sector was unlikely to receive its promised £42 million, allocated for 2016-18, by the end of the financial year.

On top of this, NHS England highlighted that Health Education England has used the fund to develop training and development programmes – such as the “flagship” Mary Seacole programme, a leadership training initiative for community pharmacists and technicians. There are “hundreds of places for community pharmacy…to ensure participants receive the tailored support they need”, NHS England explained. Many of these programmes are still being developed and will start in “early 2018”, it added.

A total of 491 “clinical” pharmacists are now working in GP surgeries across England, as part of NHS England’s commitment to recruit 2,000 GP pharmacists by 2020-21, NHS England said. These placements are “providing great opportunities for pharmacists”, it claimed, adding that over 60% of the pharmacists in the programme are from a community pharmacy background.

NHS England also pointed out that “the rollout of NHSmail to community pharmacy will be complete this year”, addressing Mr Murray’s recommendation that “digital maturity and connectivity [should] be improved to facilitate effective and confidential communication between registered pharmacy professionals and other members of the healthcare team”.

The commissioner said the sector’s “digital infrastructure” is being upgraded to address the need for “greater interoperability” between healthcare providers.

What about the other recommendations?

Mr Murray's recommendation for MURs to be "redesigned" as "full clinical medication reviews" was the aspect of the review which gained the most attention from C+D readers. And yet, despite Dr Ridge acknowledging the speculation around this issue, NHS England did not address this at all in its response to C+D.

Minor ailments schemes may have fared even worse. Despite the review recommending that NHS England put its money where its mouth is and commit to its pledge for every clinical commissioning group (CCG) to commission a minor ailments scheme by April 2018, Dr Ridge appears to have back-tracked on this pledge completely. When pressed by MPs in October to explain how NHS England and the government will reverse the trend of CCGs decommissioning these schemes in their areas, Dr Ridge stated the sector has "moved on".

So has the review been implemented?

While NHS England can point to certain schemes which seem to parallel some of the recommendations – such as a push for greater access to NHS records – these strategies were in place long before the report was published.

When it comes to the more ambitious, and pharmacy-specific, proposals – revamping MURs, a national smoking cessation scheme or pushing for greater minor ailments commissioning – NHS England has either done nothing or actively back-tracked.

While the review could act as detailed roadmap for community pharmacy to play an expanded role at both a local and national level, there seems little urgency on the part of NHS England to make these recommendations a reality.