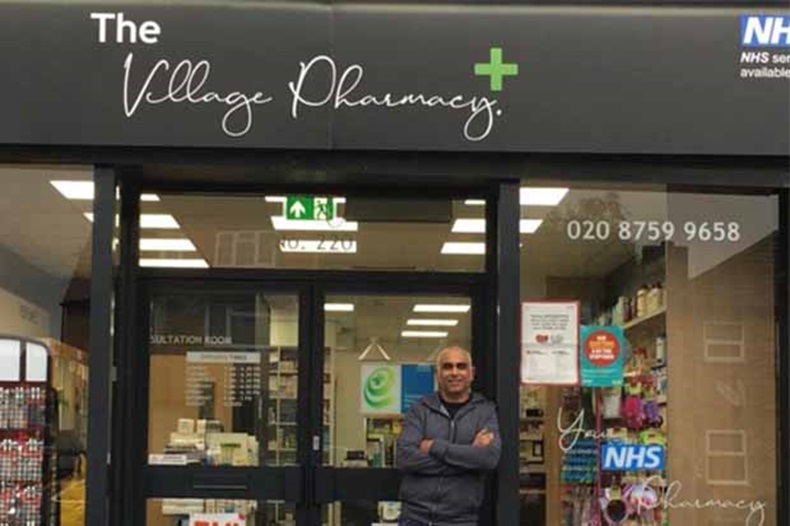 After stopping its medicine use reviews (MURs) at the beginning of the COVID-19 outbreak so it could focus on dispensing, one pharmacy is still recovering from the financial losses

A surge in demand for prescriptions during the COVID-19 pandemic has put other daily tasks in the pharmacy, including clinical services, on hold indefinitely.

Hitesh Tailor, who owns The Village Pharmacy in Harlington, west London, says he depends on the income from MURs and the new medicines service, which normally generate up to £1,500 a month.

However, throughout most of March Mr Tailor was too busy to carry out these services. He is going to have to work harder to try to make up for the income loss, he says.

Long hours and mental health pressure during the pandemic at times pushed the pharmacy team to breaking point.  “We’ve had a few people that were off sick, not with COVID-19 but just general anxiety, and other issues as well, so it was like the perfect storm.”

However, the worst now seems to have passed. “I’ve got some really good staff here and we just managed to pull through,” Mr Tailor says.

Community pharmacies in England are receiving £300 million in advance funding over April and May to alleviate cashflow issues caused by the pandemic, but the sum will have to be repaid.

Mr Tailor says he’s not sure how much the funding is going to help. For a period, the surge in demand saw an increase of around 25-30% on the usual volume of prescriptions. But he won’t receive reimbursement from the NHS for a few months, so paying wholesaler bills is “going to be an issue,” he says.

His bills have been impacted by the escalating costs of some medicines. The price of hydroxychloroquine and chloroquine went “extremely high”, he says, following rumours that they could be used to protect against or treat COVID-19.

The Medicines and Healthcare products Regulatory Agency published a statement on March 25 stressing that while clinical trials were ongoing, no conclusions had been reached on  the “safety and effectiveness” of treating the virus with these medicines.

Mr Tailor has also had to handle shortages of over-the-counter products. “Things are slowly starting to come around, but it was that manic last two weeks in March, it just went crazy, everything was wiped out,” he says. Items affected by shortages include Calpol and paracetamol, which Mr Tailor says are now starting to come through, vitamin C, still in “very short” supply and hand sanitiser.

However, the stress of dealing with medicine supply issues has been helped by patients in his area becoming more understanding of delays, despite pharmacies elsewhere reporting a rise in abuse from patients.

“People are getting used to the idea of taking their time. They haven’t got to rush to work, they’ve got nothing else to do apart from shopping or coming to the pharmacy. There’s always queues outside but that’s fine for most people.”

However, trouble acquiring personal protective equipment (PPE) has also affected Mr Tailor’s pharmacy. He’s having to source it himself for the pharmacy team, and says that’s costing a lot. “PPE should be readily available for us because we are facing patients everyday – we’re not to know whether people have COVID-19 or not.”

NHS England has said  pharmacies should be able to order PPE for staff from their wholesalers. But contractors have struggled to get PPE throughout the COVID-19 outbreak. The government is facing at least two judicial review cases over the supply problems, according to legal  expert David Reissner.

Many of the pharmacies in Middlesex, near Mr Tailor’s pharmacy, have had issues acquiring PPE. Vasundra Tailor, consultant pharmacist at the Middlesex Group of Local Pharmaceutical Committees (LPCs) told C+D last month (April 16) that most local contractors were still waiting for PPE and COVID-19 tests.

“Many of our pharmacists are struggling with the additional workload, drug shortages, impatient patients and keeping up with new directions coming at them at high speed,” says Ms Tailor. “We at the LPC are doing our best to support them through this.”

Battling against COVID-19 has been trying for the team at The Village Pharmacy, leaving Mr Tailor feeling exhausted, but he is now recuperating and looking to the future for his business.