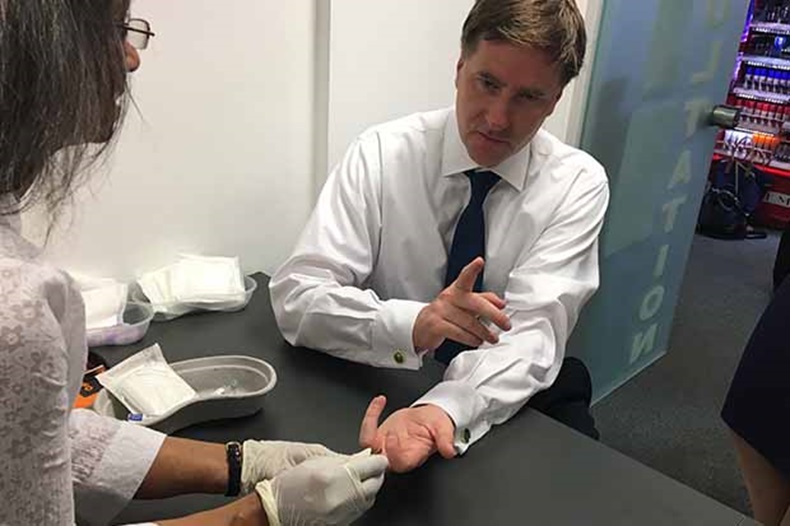 The pharmacy minister has told MPs he is “impatient” to see a hepatitis C testing pilot in London pharmacies “scaled out”.

In a parliamentary debate last week (June 12), Mr Brine referred to his visit to Portmans Pharmacy in Pimlico in April – which C+D attended – where he heard how the pilot had entered its second three-month phase, following a successful rollout that saw half of injecting drug users testing positive for the virus.

In response to a question from doctor and Conservative MP Daniel Poulter on how the government will ensure antivirals are made available to patients with hepatitis C, Mr Brine said the “approach of Portmans Pharmacy and the London joint working group [overseeing the pilot] is innovative”.

“I pay great tribute to the work that the group has done,” he added. “It has rightly received a lot of coverage and a lot of plaudits.”

“I am anxious and impatient – as my officials know, I am impatient about everything – to see the peer-reviewed results of that work and where we can scale it out more.”

At time of going to press, Mr Brine’s office had not responded to C+D’s query about how the government would consider scaling up the pilot.

Would you like to offer a hepatitis C testing service in your pharmacy?