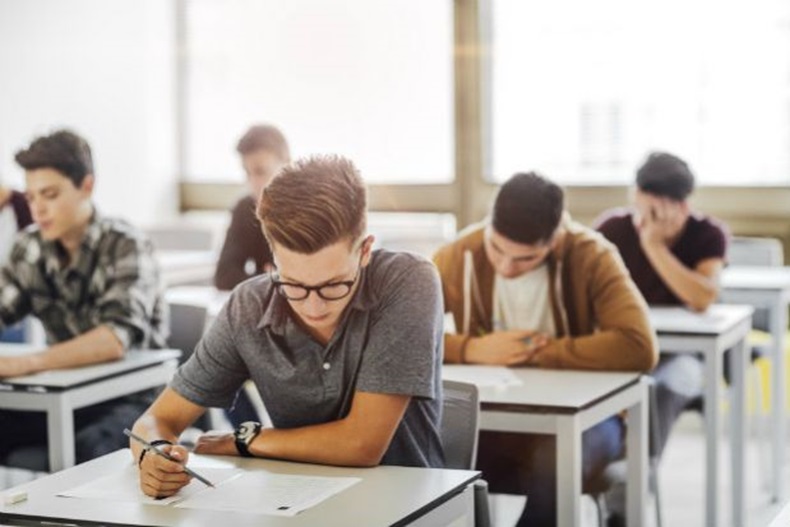 BPSA: Lack of desk space continues to be an issue for pre-reg exam candidates

The British Pharmaceutical Students’ Association (BPSA) received “little or no positive feedback” from students on paper two of the June pre-registration exam, it has said.

In its annual report to the General Pharmaceutical Council (GPhC) of its members’ feedback from the exam, the BPSA said “a substantial number of respondents” found paper two “not fair”, as 82% of respondents felt it did not accurately reflect the GPhC’s registration assessment framework.

Candidates claimed paper two “mostly covered medium to low weight areas”, when the assessment framework states “60 to 70% of the paper will be questions from the high weight area”, the BPSA said today (July 23).

More than 120 respondents (45%) were “concerned” that paper two “was not a true or accurate reflection of the day-to-day practise of a newly-qualified pharmacist”, the BPSA said.

Some 118 (44%) said there were more questions on hospital-based scenarios, and only a small number of over-the-counter medication questions (OTC), it continued.

The BPSA report claimed that “some” respondents found the questions “very wordy” and ambiguous, while the average of 1.25 minutes to answer each question was “unrealistic”.

“Some candidates were expecting the GPhC to include the changes that happened over the past year in pharmacy,” the BPSA said, such as the sodium valproate safety warning, and recent prescription-only medicines that have been reclassified as pharmacy-only products.

“Some candidates believe that there weren’t enough questions from the law or medicines, ethics and practice questions – “a foundation upon which all pharmacists practise against”, it added.

This year, a “few” candidates were left “frustrated” and “distracted” by the “lack of sufficient desk space provided”. The BPSA stressed that while it was not a common complaint about the June exam, “this is still an issue that needs looking into as it was mentioned in the past sittings”.

Candidates who sat the exam in Edinburgh this year received their papers 30 minutes late, and were offered “no proper explanation” as to the delay, the BPSA claimed.

“This made them feel more nervous,” which may have “affected their ability and performance on the day”, the BPSA said.

Earlier this month, C+D reported that a petition protesting the “unsuitable” June pre-reg exam had garnered more than 900 signatures in two days.

The petition claimed that pharmacy students were “being set up to fail” by the “unsuitable” assessments.

The BPSA said it would not pass the issues raised in the petition to the GPhC, as only feedback submitted through its “official channels” would be reported to the regulator.

While it “appreciates the overwhelming response to the petition” – which has now topped 1,600 signatures – “we cannot include the number of signatures on the report due to the lack of raw data”, it said today.

“However…the themes raised in the report correlate with the themes highlighted by [the] petition,” it added.

Recommendations for the future

The BPSA used the June exam feedback as the basis of 20 recommendations for how the GPhC could improve the exam.

Having spoken to the GPhC about the exam feedback on July 16, it “feels confident that the regulator will take the recommendations seriously”, it said.

GPhC: We will respond in September

The GPhC told C+D that “after every sitting of the registration assessment we meet the BPSA to discuss the feedback they have received from their members”.

It said it will produce a report for its September council meeting, and highlighted its responses to the BPSA feedback on the June 2017 exam.

The results of the June pre-reg exam will be published this Friday, July 27.

Did you sit the June pre-reg exam?