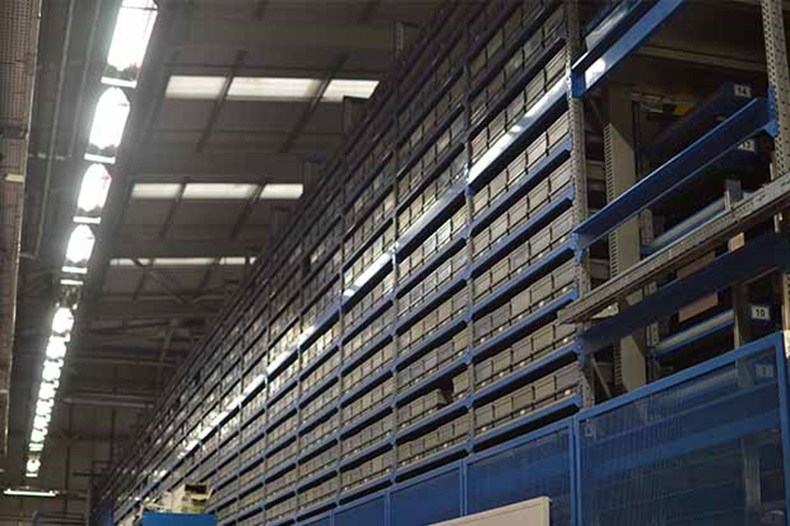 HDA's Martin Sawer: We need to look at medicines stockpiling in case of the worst-case scenario

The government’s plans to stockpile medicines ahead of Brexit is a “significant concern” for community pharmacy, the Royal Pharmaceutical Society (RPS) has warned.

Health secretary Matt Hancock told the parliamentary health and social care committee on Tuesday (July 24) that he had “asked the Department of Health and Social Care (DH) for options for stockpiling [medical supplies]” to prepare for “the unlikely scenario” of the UK and the European Union failing to secure a deal ahead of Brexit next March.

“We’re working with industry to prepare for a potential need for stockpiling,” Mr Hancock said.

“We need to make sure that we get the balance right between preparing for all eventualities and making sure that people are going to be able to access the drugs they need,” he added.

The DH’s stockpiling plans focus on medicines with a short shelf-life, and other drugs that will “need to be flown in”, but Mr Hancock said he hopes that in a “no-deal” scenario “there will still be smooth movement [of medicines] through ports”.

The DH told C+D it could not comment further on how the plans might affect community pharmacy.

RPS English pharmacy board chair Sandra Gidley told C+D that stockpiling would present “a huge logistical challenge, given the number of transactions across borders daily and of medicines dispensed to patients every day”.

Distribution warehouses do not have enough free space, and stockpiling risks medicines going out of date or being improperly stored, she added. “There are so many aspects to this that need thinking through,” she told C+D.

The current stock availability problems caused by a “myriad” of factors are “likely to get worse” in a “no-deal” Brexit, “because there will be greater price differentials across Europe”, Ms Gidley said.

She stressed the RPS “doesn’t want to start a panic”, but added “unless people realise there is a potential concern, this won’t receive the attention [it needs]”.

RPS president Ash Soni welcomed Mr Hancock’s commitment to ensuring patients continue to have access to medicines post-Brexit, but said “the details of any potential stockpiling arrangements remain to be seen”.

“As the government now looks to engage with industry around contingency plans, they should also engage with pharmacists across all settings,” he stressed.

Martin Sawer, chief executive of the Healthcare Distribution Association (HDA), said the DH had already “communicated its view” to stockpile medicines with the organisation and “ideally, it won’t affect community pharmacists”.

While he “understands the concerns” about the stockpiling proposals, Mr Sawer argued “we need to look at whether medicines can be stockpiled to some degree…in the anticipation of the worst-case scenario next March”.

However, “nothing changes” for pharmacists in the short-term, Mr Sawer stressed, as the DH plans “to build up the normal supply chain”, and not to manage it via a central system.

Wholesalers “have experience” of stockpiling, Mr Sawer explained, including in preparation for the London Olympics in 2012. “Manufacturers will put advance stock into the UK anyway and wholesale keeps up to two weeks’ worth,” he added.

“Pharmacists need to be reassured there is robust planning occurring in the supply chain along with the DH and NHS to ensure there is a buffer of stock in the UK that will aim for supplies to be maintained normally,” he added.

The RPS is due to have an “imminent” meeting with the Medicines and Healthcare products Regulatory Agency on stockpiling.

It is also one of seven organisations to join the Pharmaceutical Services Negotiating Committee (PSNC)’s new community pharmacy Brexit forum, set up “to identify relevant issues and concerns that Brexit may present”.

“The forum will want to ensure that community pharmacies have appropriate access to all sources of medicines so they can continue to fulfil prescriptions of vital medicines for their patients,” PSNC said in a statement yesterday (July 25).

Have you had any experience of stockpiling?

RPS to Brine: Give pharmacists and GPs equal support to tackle stress