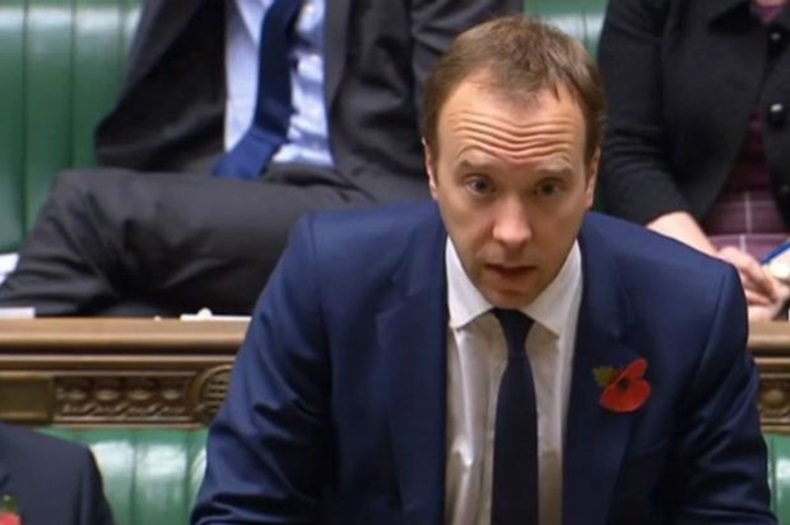 Matt Hancock said he would visit a pharmacy in Derbyshire later this month (credit: Parliament)

Health secretary Matt Hancock has reiterated to parliament that he is inspired by “the French model” of community pharmacy.

Speaking in the House of Commons yesterday (November 5), Mr Hancock said he looked to the French model for inspiration on “keeping people out of hospital and in supporting GP surgeries by doing more”.

This is where UK pharmacies have a “hugely important role”, he said.

C+D exclusively revealed last month that Mr Hancock intends to “move towards the French model for pharmacies, where they do more”.

Expanding on Mr Hancock’s comments, the Department of Health and Social Care (DH) later told C+D that pharmacies on the continent offer a wider range of services to the community.

Mr Hancock made his latest comments in response to a question from Conservative MP for Hitchin and Harpendem Bim Afolami, on pharmacy’s role in the prevention of ill health.

During the debate, the Conservative MP for Mid-Derbyshire, Pauline Latham, said her constituency has “an amazing group of community pharmacies that are saving people going into hospital and getting them out quicker”.

“[Mr Hancock] does not need to go to France; he can come to Mid-Derbyshire instead,” she said. “I invite my right honourable friend to come and see them.”

In response, Mr Hancock said: “I will actually be in Derbyshire later this month visiting a neighbouring constituency, but it looks like I have just put another stop on the itinerary.”

The debate followed the launch of the DH’s ‘Prevention is better than cure’ strategy, in which the government said community pharmacies will play a stronger role in its plans to make prevention “an integral part” of its long-term plan for the NHS.

Read 10 facts about the French model of community pharmacy here.

Does UK community pharmacy have anything to learn from the French model?

Is the ‘French model’ really the future of UK community pharmacy?