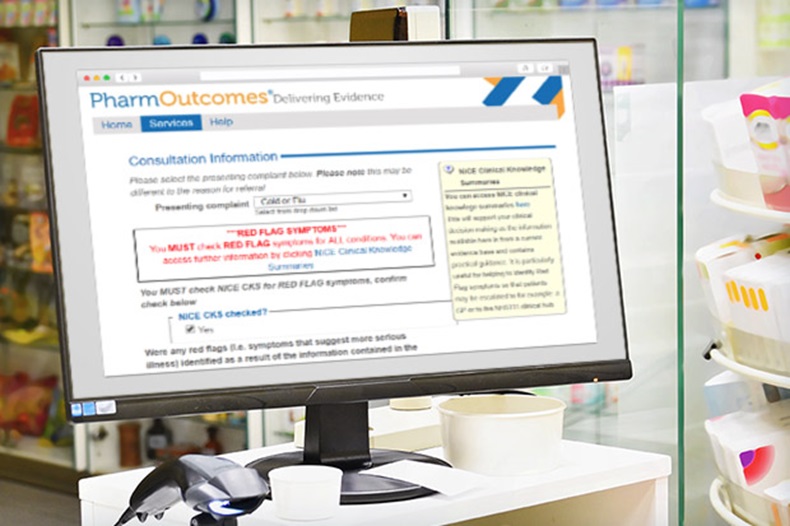 Greater Manchester LPC: While the referral numbers are low, the system is starting to work

Pharmacies in the Cheshire and Greater Manchester areas are among the first to trial the next stage of the Digital Minor Illness Referral Service (DMIRS), which sees GPs in pilot areas refer patients with low acuity conditions – such as rashes, constipation and vaginal discharge – directly to community pharmacies via online triage systems.

Laura Mullan, pharmacy manager at Asda in Halton Lea, Runcorn, told C+D that her pharmacy has received seven referrals since going live with the service in June.

However, it would have been “a nightmare” if they had had a few referrals every day, as “it can take ages” for a pharmacist to attend to each patient’s needs, she claimed.

Depending on the patient, “you could spend a good half an hour or 40 minutes” conducting the consultation, she said, and even longer if the pharmacy then needs to refer the patient back to the GP.

At the moment, “it's just extra paperwork and extra workload to do a job we're already doing”, Ms Mullan added.

Helen Murphy, joint CEO of Halton, St Helens and Knowsley local pharmaceutical committee (LPC) – who has worked closely with GP practices and pharmacies in the Runcorn area – told C+D that just as GPs are asked to make a record of their consultations, that “shouldn’t be any different in a community pharmacy”.

Pharmacies are now “getting paid for a consultation with a patient that follows National Institute for health and Care Excellence guidance. It’s a direct referral from the GP practice, so you would expect [to have] an audit trail”.

The GP DMIRS pilot is “a great opportunity for community pharmacy to demonstrate what they can do with treating minor illnesses and supporting GP practices out of hours”, Ms Murphy added.

“We didn't want to overwhelm our community pharmacies with a massive volume of referrals. However, going forward, we're going to be looking to increase the volume.”

Issues with IT system setup

A pharmacist in the Greater Manchester area, who has asked to remain anonymous, told C+D that their pharmacy has also received seven referrals since the beginning of July and attributes this to issues “coordinating IT systems” with the GP surgery they were paired to for the delivery of the service.

“The receptionist at the GP [practice] will have to go through several steps to be able to refer one single patient. I think NHS England is looking to make it a one-step process in future,” they said.

“It is still in the pilot stage and it needs a lot of tinkering around the edges, but once it is developed further, it might be easier to do,” the pharmacist added.

Fin McCaul, workforce lead at Greater Manchester LPC, told C+D the LPC is “aware of the [IT] problems” and it is potentially due to a lack of interoperability between the GP practice’s software and the one used to refer patients to a pharmacist.

“We are working hard to resolve [the issues],” he said. “If the system is difficult to use, then it will not benefit GPs or the wider NHS.

“It is still very early days in the project and while the referral numbers are low, the system is starting to work. The benefit of running a pilot in certain areas is to learn from the systems and processes.”

Pharmacies in seven regions are trialling the GP DMIRS referral scheme until March 31, 2020, and, following an evaluation, it may be commissioned as the Community Pharmacist Consultation Service (CPCS) under the national pharmacy contract in England.

Tony Schofield, superintendent pharmacist at Flagg Court Pharmacy, South Shields, told C+D that he has been piloting a service similar to NHS England’s DMIRS since January, with a “small number” of GP practices referring to pharmacies in his area.

Under the GP2Pharmacy pilot, patients are triaged by their GP practice and offered fixed-time appointments with a pharmacist at one of 30 participating pharmacies.

Mr Schofield said he spends on average 10 minutes with each patient and while it has increased the workload, “it takes you out of the dispensing [role], which is what we should be aiming to do”.

Is your pharmacy taking part in the GP DMIRS pilot?

Will pharmacies benefit from the DMIRS GP referral pilot?

Pharmacies to receive patient referrals direct from GPs this month