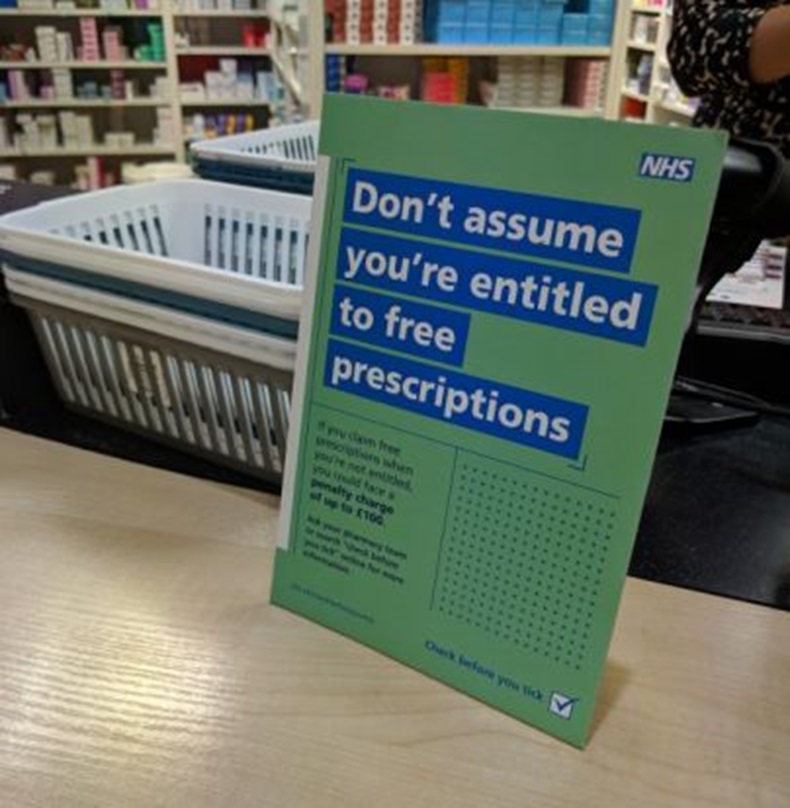 MPs have called for a “fundamental overhaul” of the “heavy-handed, inefficient” system for fining patients for incorrectly claiming prescription exemptions.

The process of issuing penalty charge notices (PCNs) – fines sent to patients who have incorrectly claimed exemption from prescription charges or dental treatment – is a “heavy-handed, rush to judgement, which penalises those who fail to navigate the overly-complex exemption criteria”,  the Public Accounts Committee concluded in a report today (September 20).

While it is supposed to discourage people from claiming free prescriptions, too many incorrect penalty notices are issued – 30% of all PCNs issued since 2014 having been withdrawn – which particularly affects vulnerable patients, added the committee, made up of MPs.

It also “neglects clear evidence of abuse by repeat offenders”, the committee said. It pointed out that nearly 115,000 people who have received five or more PCNS, with more than 1,600 receiving 20 or more, despite only five cases have been referred to court.

It called for a “fundamental overhaul” of the system, which it deemed “not fit for purpose”.

The committee’s report follows its meeting on the subject in July, where MPs heard evidence from the Department of Health and Social Care (DH), NHS England and NHS Business Services Authority (NHS BSA) on penalty charge notices in healthcare.

The NHS BSA is “over-zealous in pursuing people who have made mistakes once” and the DH and NHS England have been “shockingly complacent about fundamental problems with the PCN process”, the committee concluded.

While the bodies argue that most exemptions are claimed correctly and the system generates additional revenue for the NHS, “they seem to have lost sight of the fundamental importance of helping people claim what they are entitled to”, the committee stressed.

Giving evidence at the committee hearing, NHS England’s chief pharmaceutical officer Keith Ridge suggested pharmacists have a duty to provide “patient-centred care”, which includes guiding patients “through the system” to help them determine if they are eligible for free prescriptions.

The committee said it “fully supports efforts to deter fraud”.

“However, we simply do not believe that the current system achieves this efficiently, and the DH and NHS England need a fundamental reappraisal of how they can more effectively and humanely pursue these goals,” it stressed.

The committee issued six recommendations for the DH and NHS England to meet.

Royal Pharmaceutical Society (RPS) director for England Ravi Sharma welcomed the committee’s conclusions, which he said “rightly condemns a system of fines which is not fit for purpose”.

“The system needs to be simplified before we start to criminalise those [who] make a mistake navigating it,” he said.

“Pharmacists want to spend their time helping people with their medicines, rather than checking their exemption status,” he added.

“We don’t want to be the prescription police. Nor do we want to be in the position of potentially having to refuse to supply a medicine to a patient simply because they haven’t brought the right paperwork with them.”

The RPS reiterated its call for prescription charges in England to be scrapped, so patients “always have the medicines they need without having to make payment decisions”.

What are the Public Accounts Committee’s recommendations?

Do you think the prescription fine system should be overhauled?