Pharmacy teams have adapted well to the added pressures of the COVID-19 pandemic, but many are struggling with the increased demand for their services, a C+D survey has found. 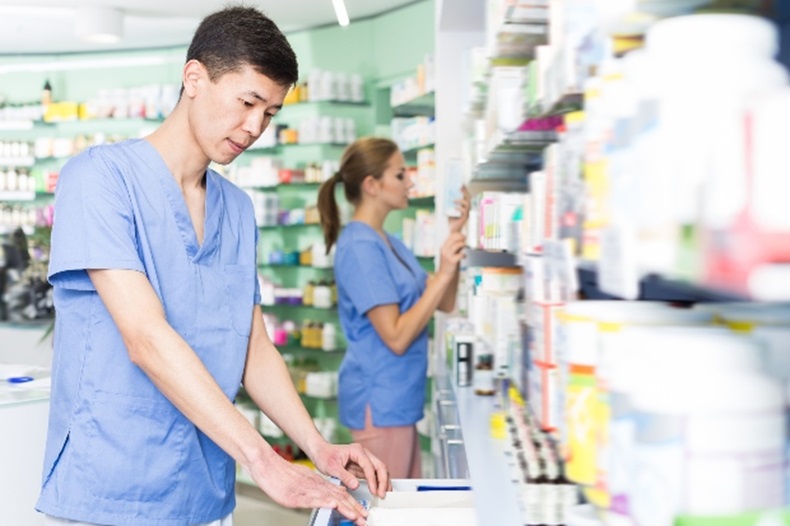 Pharmacy teams have coped well with the pandemic, but it has been tough, C+D's survey found

Almost a quarter (24%) of the 865 survey respondents who answered the question of how their teams had dealt with the COVID-19 outbreak said they had coped “really well” and had been “getting on with it and adapting to the situation”.

Just over a third (36%) said their team had been “brilliant but were overwhelmed by demand” and that it had been “tough”, while 18% said colleagues were doing what was needed but were struggling with the added stress of the pandemic.

The C+D survey, which ran between April 1 and May 10,  revealed that a further 12% of respondents said their team had a mix of feelings about the situation, with some staff members coping better than others. The remaining 10% said their team had been "really worried" and that it was "hard to keep them reassured".

Pharmacy teams across the UK have faced significant pressures during the pandemic, including increased demand for medicines home delivery, difficulty sourcing adequate personal protective equipment and in some cases up to triple the usual volume of prescriptions to dispense.

Leyla Hannbeck, CEO of the Association of Independent Multiple Pharmacies told C+D yesterday (May 26) that the pandemic has demonstrated “that pharmacy is a key part of primary care”.

She praised community pharmacy teams for going “above and beyond”, working “extremely hard under pressure” and “going to work and providing care for their patients” throughout the COVID-19 outbreak. The way the sector has responded to the pandemic “demonstrates a lot of courage”, she added.

The survey, to which a total of 1,018 community pharmacy professionals across the UK responded, also asked pharmacy teams what support they most need to tackle the crisis, including:

More than half (52%) of the 873 respondents to this question said they needed all of this support.

One respondent commented: “Reimbursement does not match the cost of procurement and our services are not sustainable long term. Pharmacy businesses with mortgages will soon go bust and we should be prepared for further disruption to local services.”

Another said they needed “proper reimbursement for medicines” and “recognition from NHSE in the form of fair funding”, not just symbolic gestures”, while others highlighted the need for an “immediate cash injection” and a “complete change in attitude from our paymasters at NHSE”.

Ms Hannbeck agreed that “additional funding is required”. For “pharmacy to be able to sustain this level of service going forward, particularly if there is a second wave [of COVID-19], there has to be additional funding”, she said.

‘Out of control’ abuse

Other support that was cited as needed included “guidelines on how to open safely”, “timely communication from NHS England” and “proper funding for protective screens”. NHSE has made a £300 payment to all pharmacies to cover the cost of these screens, but the PSNC has said some contractors are reporting high prices for the equipment.

A number of respondents also pointed to needing more support to combat the increase in abuse from patients. One respondent commented: “When GPs closed their doors everyone came into the pharmacy. We were getting abuse for things beyond our control.”

Another said the abuse directed at their team has been “out of control” and that a “huge campaign” is needed to improve the public perception of pharmacy.

The Royal Pharmaceutical Society has been in touch with the police about the increase in abuse, and requested greater support and protection for pharmacy teams.

Other findings from the survey include how pharmacy teams feel about the government’s response to the pandemic, and the impact of COVID-19 related medicines shortages.

77% of pharmacies experience medicines shortages due to COVID-19

One in three pharmacy workers confident in government’s COVID response

‘COVID-19 pressures led to my worst day as a pharmacist’