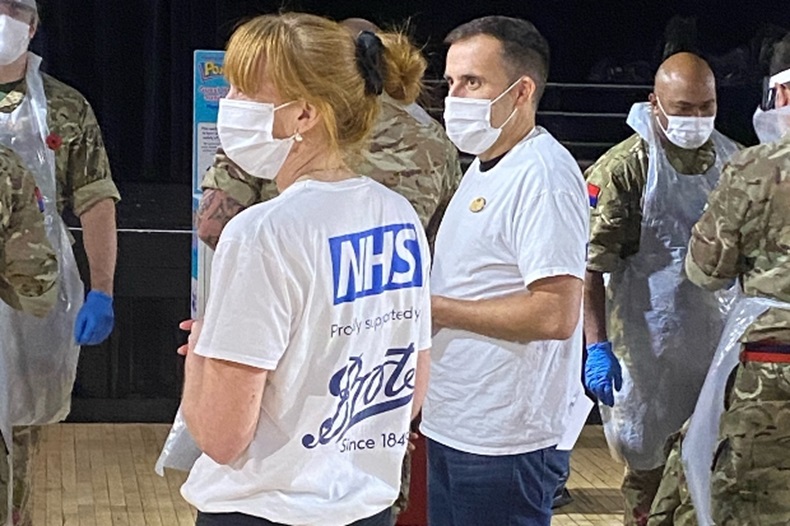 Anyone living or working in Liverpool can be tested for COVID-19, whether they have symptoms or not

Boots staff have trained 2,000 members of the army on “swabbing and safety technique”, as part of the first pilot for whole city COVID-19 testing, taking place in Liverpool.

A team of “seven Boots trainers” last week trained around 2,000 army professionals on “swabbing and safety technique” as part of the pilot, a Boots spokesperson told C+D yesterday (November 9).

The scheme, announced last week (November 3) by the Prime Minister, launched on November 6 and will run for “approximately two weeks” Liverpool City Council said in a frequently answered questions page about the initiative on its website. However, the time period “may be extended”, the council added.

Under the initiative – the first COVID-19 mass testing pilot in England – anyone living or working in Liverpool can be tested for COVID-19 whether they have symptoms or not. However, the pilot will be “targeting people who would benefit from regular testing such as key workers, health and social care staff, school staff and pupils”, Liverpool City Council said.

The service offers two types of tests – PCR swabs that can provide results “within days” – and “more advanced” lateral flow tests with results arriving “within an hour without the need for a lab”, the council added.

The tests are currently available at 19 testing centres across Liverpool, with the city planning to open “85 testing centres eventually”, Matt Ashton, director of public health at Liverpool City Council said in an interview shared by the council on Twitter over the weekend (November 8).

Our Director of Public Health, Matt Ashton, had the privilege of sitting down with Sir Kenny Dalglish to discuss the new #MassTesting pilot for Liverpool - here's how it went...

“Helping control the spread of the virus”

Mr Ashton said the planned expansion to 85 test centres hopefully means everyone in the city will eventually be “within one mile or so of the nearest test centre”.

It is “exciting for Liverpool to be chosen as the first place in the country to have that mass testing opportunity”, he said, adding that the scheme is about “helping control the spread of the virus in the city and about helping us get our lives back to as normal a place as possible”.

Asif Aziz, programme director COVID-19 testing at Boots, said: “We feel very proud to have been asked again to support the nation’s fight against COVID-19 and to use our skills and knowledge to support the army as they deliver this mass testing programme in Liverpool.”

Boots has not currently been asked to contribute to additional training of army personnel, the spokesperson told C+D. However, the company is “on hand to support again should we need to”, they added.

Boots last month (October 26) announced it was launching a £120 in-store COVID-19 swab test, as well as another testing service where results are processed in-store “within just 12 minutes”, using a LumiraDx diagnostic device. The LumiraDx test will be rolled out to “selected stores” over the “next few weeks”, Boots said.

How do you feel about the status of the fight against COVID-19?

PSNC: Do not name colleagues to test and trace if you have COVID-19