Just one million of the 2.3 billion PPE items distributed through the parallel supply chain between March and July went to community pharmacy, a report has revealed. 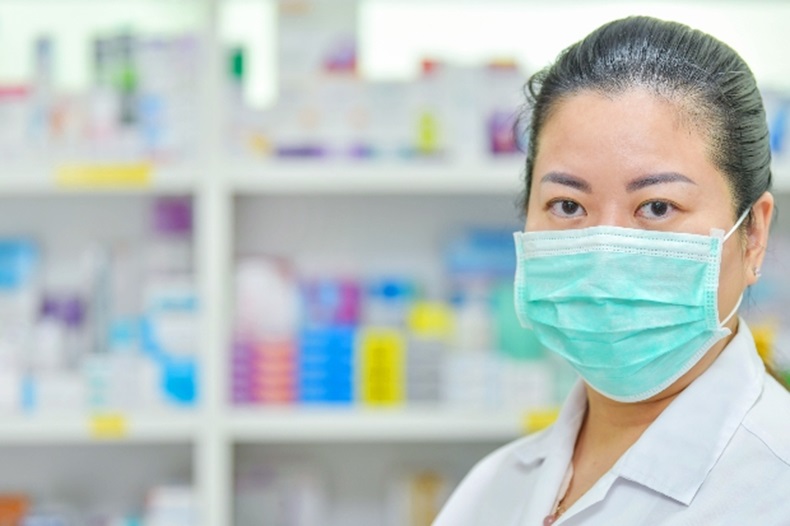 NAO: Initial government calculations for PPE distribution did not “include dentists and pharmacists”

The report, published by the National Audit Office (NAO) last week (November 25), found that only 0.04% (one million) of the personal protective equipment (PPE) items distributed via the parallel supply chain between March 20 and July 31 were directed to pharmacies via wholesalers.

The primary and social care figures include items distributed via the online government ordering portal set up by the Department of Health and Social Care (DH) in May to provide the health and social sector with free PPE. However, this is not the case for the pharmacy figures, as the sector was only given access to the portal in August.

The NAO report – The supply of personal protective equipment (PPE) during the COVID-19 pandemic – highlighted that the government stockpiles of PPE available at the start of the outbreak were “intended for an influenza pandemic” and were “inadequate for [the] COVID-19 pandemic”.

The report said: “In mid-March, government still believed that the pandemic influenza preparedness programme (PIPP) and EU exit stockpiles would provide most of the PPE needed to manage a COVID-19 pandemic, while recognising that more would be needed in future. Therefore, it focused on releasing the PPE in these stockpiles, rather than greatly increasing procurement of PPE.

“However, it subsequently emerged that the stockpiles would be unable to provide the required PPE for more than a few days for some types of PPE,” according to the report. “Furthermore, the assumptions underpinning the PIPP stockpile did not include dentists and pharmacists, who also required PPE during the pandemic,” it added.

To manage what the NAO described as a “rapidly deteriorating situation”, the DH set up a parallel supply chain, adding to the existing NHS supply chain.

“Protecting pharmacy teams must be a priority”

A spokesperson for the DH told C+D last week (November 27) that: “We have been working tirelessly to deliver PPE to protect our health and social care staff throughout the pandemic, with more than 5.1 bn items delivered so far and 32bn items ordered to provide a continuous supply to the frontline over the coming months.”

The NAO report confirmed that, between February and July this year, the DH purchased 32bn item of PPE, at a cost of £12.5bn. Of these items, 6.6bn had been received by September 29, while 5.1bn were in the UK but “not yet with the parallel supply chain”.

Helga Mangion, policy manager at the National Pharmacy Association, told C+D last week (November 26): “Pharmacies really struggled to get hold of adequate supplies of PPE, especially in the early months of the pandemic. It’s something we drew to the attention of the health secretary on several occasions.

“Everyone putting themselves at risk on the frontline deserves proper protection, whether doctors, dentists, pharmacy teams or others in caring roles,” she said.

Association of Independent Multiple Pharmacies CEO Leyla Hannbeck said last week (November 26): “The sector was struggling with the delay and lack of PPE and what was available initially was not of a good quality.

"So, to keep their patients and teams safe and protected, our members mainly carried on procuring PPE at own cost. This is one of the reasons we need the £370m advance confirmed,” she told C+D.

Earlier this month (November 12) , NHS England and NHS Improvement deputy director of pharmacy commissioning Dr Jill Loader said pharmacies who had paid for PPE during the pandemic would be reimbursed, explaining that “there is money for that”.

The same week (November 13), C+D reported that the DH was “carefully considering” waiving community pharmacy's obligation to pay back the £370m COVID-19 advance funding it was granted earlier this year to help with the cashflow problems created by the pandemic.

Royal Pharmaceutical Society English board chair Professor Claire Anderson told C+D last week (November 27) that: Protecting pharmacy teams must be a priority and we called for them to have much earlier access to the government's PPE portal.”

Did your pharmacy struggle to source PPE at the start of the pandemic?

DH: Only a third of English pharmacies registered for free PPE