Independent prescribing (IP) community pharmacists in Kent last week became among the first in England to help in the rollout of COVID-19 vaccination programme, C+D has learnt. 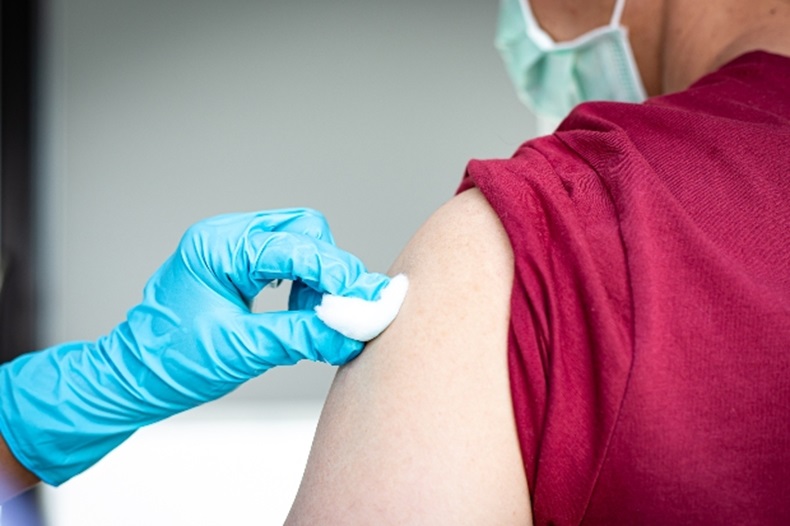 PSDs are written instructions signed by a prescriber to ensure specific medicines are administered to a named patient after the prescriber has assessed that patient.

This was necessary as the national patient group direction (PGD) for the COVID-19 vaccine was not yet available, although it was published later that day.

That morning (Friday 11), Ms Shah hosted an emergency meeting with IP pharmacists who are part of a network created by the LPC to see who could be available to help sign PSDs at William Harvey Hospital, part of East Kent Hospitals University NHS Foundation Trust.

As many as eight pharmacist IPs came forward but only five were needed in the end, Ms Shah told C+D earlier this week (December 14). They supported the hospital with writing PSDs “mostly for healthcare professionals but also for patients [aged] over 80 and care home staff” from 3pm to 10pm.

“The trust organised an overview and an FAQ session [for the five IPs] when they got there. We set up a group where they could share concerns so that they could all support each other,” she added. The trust later shared positive feedback with her, to praise the intervention of the IP pharmacists and let her know they “were fabulous”, she said.

“Privileged to have been involved”

“I feel proud that Kent LPC was able to support and facilitate what we believe to be the first involvement of community pharmacy in the COVID-19 vaccination programme, just three days after the first vaccine in the world was given. I’m honoured that the system across Kent and Medway values the skills and input of community pharmacy,” Ms Shah said.

Jaimin Patel, superintendent pharmacist at Guildhall Pharmacy in Folkestone, was one of the five pharmacists who stepped forward to help write PSDs. He said that while it initially felt “daunting to be involved in prescribing a new vaccine”, he and the other IP pharmacists “were confident to be able to complete the task”.

“It was a momentous day for the community pharmacy, made possible by hard work, imaginative thinking and the quick action of Kent LPC CEO Shilpa Shah,” Mr Patel added.

Lodi Lama, superintendent pharmacists at Tankerton Pharmacy in Whitstable said, “almost all of the patients I prescribed for, in the form of a PSD, were doctors and nurses that worked at the hospital.

“These are the very people who needed early protection so that they could continue to carry out their work protecting the vulnerable people in our area.

“I felt privileged to have been involved at the very beginning of the fight against COVID-19, to liberate the country from its stranglehold. But I recognise that this is more than personal gratification as I represented community pharmacy stepping up to the plate in a time of crisis,” he added.

An East Kent Hospitals University NHS Foundation Trust spokesperson told C+D yesterday (December 16) that: “It was a wonderful example of NHS colleagues coming together to help deliver this really important programme and provide care for our patients,” they added.

Mr Myers said: “It is great to be one of the first community pharmacists in the world to administer the Pfizer/BioNTech vaccine, but I know many of my colleagues are really keen to play their part too over the coming weeks.

“Hopefully the practical challenges seen with the current vaccine will lessen as more vaccines are authorised for use, increasing the ability of community pharmacy teams to play a larger role in the programme.”

Only a “limited number” of pharmacies in England will be selected to start administering the vaccine from “late December or early January”, while some health boards in Scotland could commission community pharmacies to help with local vaccination programmes.

GPhC to prioritise requests for temporary pharmacies for COVID vaccine