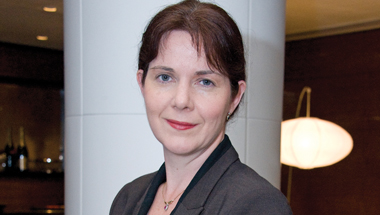 Clare Ward: Pharmacists should "remember what an influential part they can play in the community"

Pharmacists should promote their high public footfall to politicians in the run-up to next month’s general election, Pharmacy Voice has said.

It was important to highlight that pharmacists “see more people in a day than an average MP outside of an election period”, Pharmacy Voice chair Claire Ward told C+D in an exclusive interview last week.

Pharmacists should “remember just what an influential and important part they play within the community” and the “best thing to do” was to invite local candidates to their pharmacy, said Ms Ward, a former Labour MP and Independent Pharmacy Federation chief executive, who was appointed Pharmacy Voice chair on April 1.

Ms Ward said candidates from all parties were “absolutely desperate” for opportunities to be photographed and meet voters ahead of the election. “In most places you can’t move without a leaflet from a political candidate with ways to contact them, so there’s no reason at all for a pharmacist to miss out,” she stressed.

Although prospective MPs would have “a huge number of requests coming in”, their campaign teams would sift through these to find “good opportunities to support manifesto commitments”.

Ms Ward’s comments echoed those made by Pharmacy Voice and PSNC last week, when both organisations urged pharmacy teams to invite candidates to their workplace.

“Parliament was dissolved on March 30, allowing candidates until May 8 for the election campaign. Although there is no activity in parliament during this period of ‘purdah’, candidates will be keen to engage with constituents,” they said.

PSNC chief executive Sue Sharpe said both LPCs and pharmacy teams should get the sector “on the radar of their local politicians” and explain how community pharmacists could “do even more for local communities” with the right backing.

“We’ve all been hearing that NHS pledges are going to be important in this election, so this is a particularly good time to be engaging with politicians on the topic,” she added.

How have you engaged with local politicians?

MPs call for NMS to include antidepressants