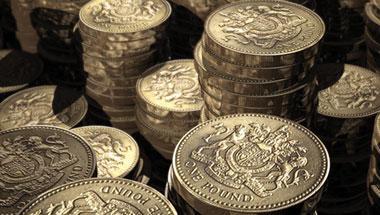 PSNI overcharged pharmacists a total of £340,000 over the past 20 years

The Northern Ireland pharmacy regulator plans to raise pharmacists' registration fees by £26, despite overcharging some of them for the past 20 years.

The Pharmaceutical Society of Northern Ireland (PSNI) plans to increase initial registration fees and annual retention fees from £372 to £398 next year, a rise of almost 7%, it said in a consultation document published last week (November 30).

In October, pharmacists in the country demanded the regulator pay back the £340,000 it had overcharged "specific groups" of registrants over the past 20 years, including initial registration fees for pharmacists who qualified between 1995 and 2014. PSNI believes it would not be “appropriate or equitable” to refund the money, it said in September.

In last week's consultation document, PSNI clarified that it had been overcharging pharmacy students nearly £50 to join the register over the last 10 years. Since 2005, it has been charging student registration fees of £194, despite only legally being allowed to charge £145, it said.

It also revealed that since 2009, it has been charging students £89 over the legal limit to sit the pre-registration exam, and £124 over the limit to retake the exam. PSNI now plans to increase both charges from £164 to £174, it said.

Under the proposals, pharmacists in Northern Ireland would pay £148 more for their annual registration fees than their English equivalents.

Bernard Griffin, pharmacy manager of Ardoyne Pharmacy in Belfast, branded the proposed fees "ridiculous". Pharmacists in the country should be paying less, not more, he said.

Mr Griffin does not plan to respond to the consultation because PSNI will "[n]ever listen" to the views of pharmacists, he told C+D. "They’ll do what they want," he added.

PSNI said the "modest increase" in fees – the first since 2009 – would be combined with "cost reduction initiatives" to help "bring the organisation back to a break-even position".

Pharmacists in Northern Ireland have until January 25 to respond to the consultation by downloading a response form from PSNI's website, it added.

What do you think of the proposed fee increase?

GPhC to raise fees despite opposition