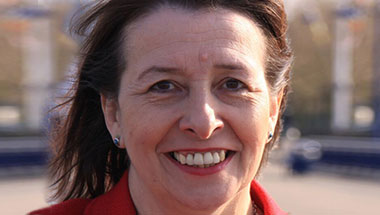 Any closures caused by the 6% cut to the global sum in England will leave elderly patients "isolated", says Teresa Pearce MP

A Labour MP campaigning to open a new pharmacy in London has blasted the "short-sighted" cuts to the sector's funding.

Any pharmacy closures in the city as a result of the 6% cut to the global sum in England will hit parents and the elderly hardest and leave patients "isolated", according to shadow housing minister Teresa Pearce.

"When things close down, there are less and less people to talk to on a daily basis. [That] causes lots of mental health problems. It's terrible," said Ms Pearce, MP for Erith and Thamesmead.

Closures could also drive patients to buy medicines on the internet, which is "the last thing we want", she told C+D yesterday (January 19).

Campaign for a new pharmacy

Ms Pearce is campaigning to reopen an AF Browne pharmacy in Thamesmead, south-east London, which was bulldozed in 2012 because of regeneration work in the area. The pharmacy owners have had two license applications for a new premises turned down by NHS England, she said.

The commissioning body has denied the applications because another pharmacy has already been granted permission to open nearby, according to Ms Pearce. But that pharmacy will not be built for at least another five years, she stressed.

“There is a need [for a pharmacy] now,” Ms Pearce said. “There are pockets of high deprivation and getting a chemist in a parade of shops was going to be the first step towards regeneration in the area.”

Could the funding cut cause a pharmacy to close in your area?