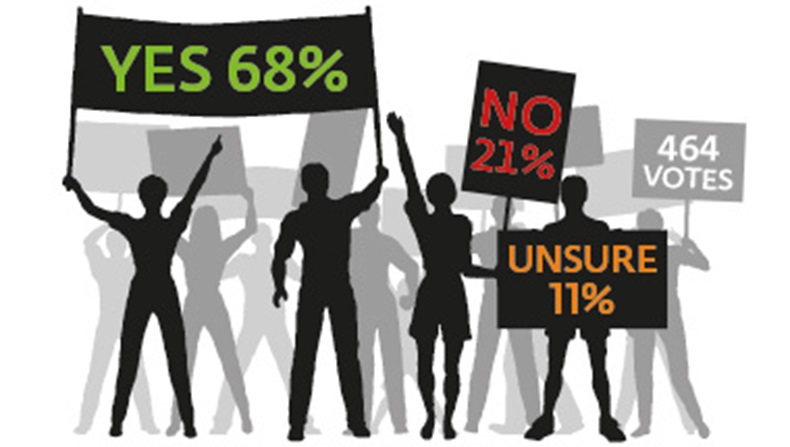 A tenth of pharmacists are "unsure" about a strike

Two-thirds of readers support a strike in protest at the planned 6% cut to pharmacy funding in England, a C+D poll has revealed.

Sixty-eight per cent of 464 respondents to the poll, published on the C+D website January 19-25, backed strike action.

Only 21% of readers are opposed to the suggestion, while 11% said they are "unsure" whether pharmacists should strike as a result of the £170 million cut to the global sum, due to take effect in October.

Pharmacy Voice said the poll results are “yet another sign of the depth of concern felt by community pharmacy teams” over the cuts.

“It should come as no surprise to anyone – least of all to the Department of Health – that the proposed cuts are leading people to consider such action,” it told C+D.

The sector needs “greater clarity” on the government’s plans before it decides its next step, Pharmacy Voice added.

The Royal Pharmaceutical Society (RPS) said the poll results showed the “strength of feeling” produced by the funding announcement.

“It is clear the government wants something different from the sector. Any cut to community pharmacy is short-sighted,” RPS English Pharmacy Board chair Sandra Gidley told C+D.

Community pharmacist Dilip Shah said there is “no alternative” to striking if the sector wants to make its voice heard.

“I feel the only reasonable course will be to strike once and then enter negotiations [with the government],” he posted on the C+D website.

But community pharmacist Robert Burnley said there must be a “better way” to oppose the government’s plans.

"The fear is that we risk losing patients to neighbouring competitors, who will have a field day by remaining open and snaring those patients who we alienate,” he said.

More news on the funding cuts and strikes...

Should pharmacists go on strike?

Do you think pharmacists should strike?