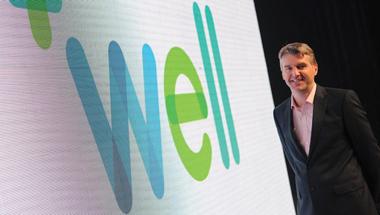 John Nuttall: Growth for Well will be difficult because of cuts

Pharmacy representatives, including Well chief executive John Nuttall, warn that funding cuts will lead to mass unemployment in the sector

The sector has accused the government of conducting a “dangerous experiment” after the pharmacy minister admitted more than a quarter of pharmacies could close because of funding cuts.

Alistair Burt is braced for between 1,000 and 3,000 pharmacies in England to close as a result of the 6% cut to the global sum scheduled for October, according to an all-party pharmacy group (APPG) report on its meeting with the minister earlier this month.

Pharmacy bodies and C+D readers warned that such closures could lead to mass unemployment in the sector.

The National Pharmacy Association (NPA) told C+D that patients will be the “biggest losers” from the government’s “jumble of ideas”. “We have yet to see evidence that there are too many pharmacies, nor any proper assessment of what the consequences of closures would be,” NPA chair Ian Strachan said.

“People like Alistair Burt don’t look at the coalface, how pharmacists are going the extra mile. [Well] is in this for the long-term – we have an ambition to grow, but it is clearly going to be difficult,” he told C+D.

Community pharmacist Simon Medley said the government has shown its “true colours”. “Three thousand pharmacies, that’s at least 12,000 jobs – hardworking people thrown on the scrapheap. How much is that going to cost the country in income support, housing benefit and increased use of the NHS for depression?” he posted on the C+D website.

The Department of Health said that Mr Burt’s comments at the private meeting had been speculative.

It is not the government's intention to try to close pharmacies, but to encourage community pharmacists to play a greater role in other primary care settings, it said,

Read our insider's view of the meeting from Paula Sherriff MP here.

What effect will the cuts have on your business?