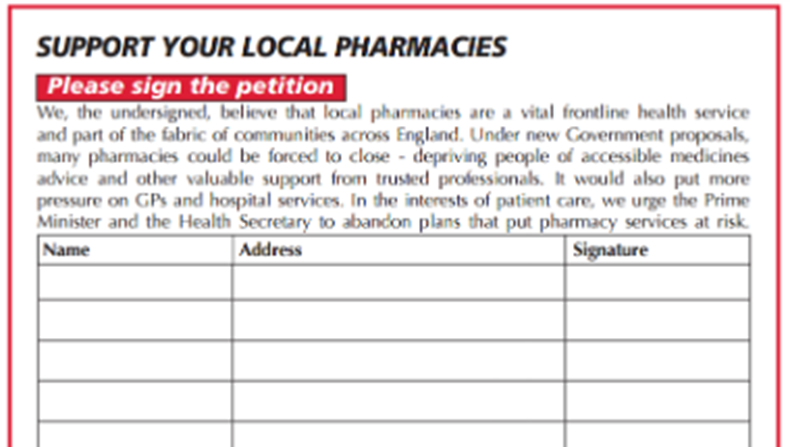 The petition – drawn up by the NPA, PSNC, and Pharmacy Voice – smashed the 100,000 signature barrier last week

It is not "out of the question" that pharmacy bodies' petition against government funding cuts will reach one million signatures, the National Pharmacy Association (NPA) has said.

The paper petition smashed 100,000 signatures last week, and the NPA expects a "dramatic uplift" in support over the next few weeks, according to NPA head of communications Stephen Fishwick.

Asked whether one million signatures was a realistic target, he said: "It’s not out of the question. We’re not putting an official target on it, but we are confident of large numbers."

Petition will stay open into April

Pharmacy bodies plan to leave the petition open into April to give patients across the country a chance to support it, he said. It will then be sent directly to David Cameron.

The petition requires "lots, lots more" signatures than it currently has if it is to convince the Prime Minister to reverse the planned 6% cut to the global sum in England, he said in an exclusive interview yesterday (March 14).

But the the government would have to be "willfully deaf and blind" to ignore patients' opposition to the cuts.

Yesterday (March 15), the NPA began sending more resources for the campaign out to contractors, he said.

This includes packs of the paper petition alongside badges and posters that raise awareness of the campaign, he said.

How are you raising awareness of the cuts?