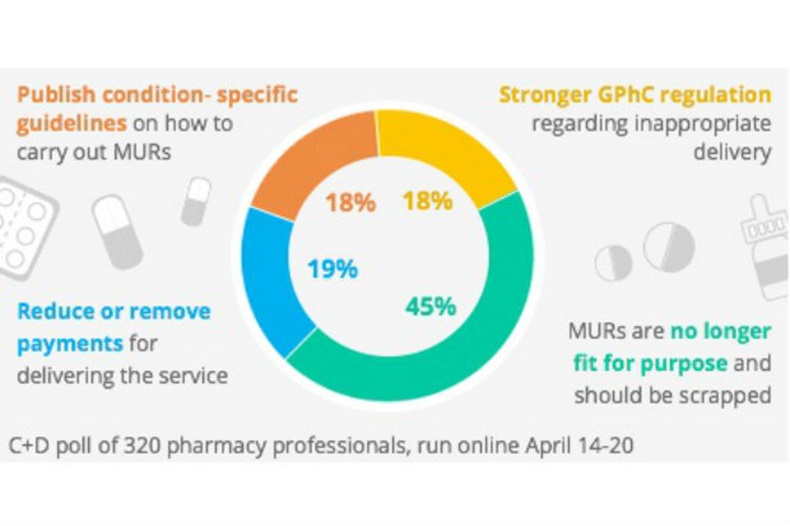 How can the sector reduce instances of inappropriate MURs?

Almost half of pharmacy professionals feel there is no way to reduce inappropriate MURs other than to scrap the service, a C+D poll has revealed.

The results come in the wake of allegations made by the Guardian earlier this month that Boots pressures its pharmacists to carry out unnecessary MURs for profit – a claim the multiple told C+D it “doesn’t recognise”.

The remaining 55% of respondents to C+D's poll were evenly split on alternative ways to prevent inappropriate MURs, with 19% opting for reducing or removing payments for delivering the service.

Another 18% called for stronger regulation from the General Pharmaceutical Council (GPhC), while the same proportion said pharmacists need condition-specific guidelines on how to carry out MURs.

@BrendonJiang @ChemistDruggist Scrap 400, cap=target, if must have limit make it volume based, some of us could do more #busy #spreadthework

This is the latest in a series of articles exploring the issue of MUR abuse, following on from our Twitter debate. We'll be sharing more exclusive data on the profession's view on MURs, and coverage of the debate, throughout the week.

How could the MUR service be improved?

Work pressures affect MUR quality for one in six readers