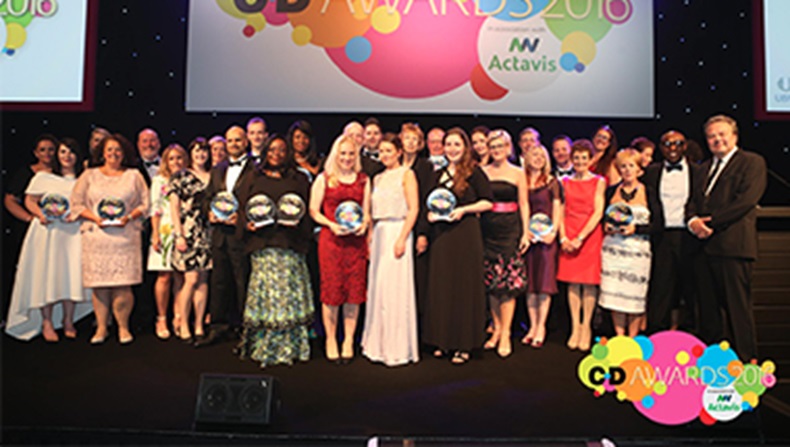 Who took home the 12 trophies at last night's C+D Awards at the Celtic Manor resort?

Dudley pharmacy manager Olutayo Arikawe had cause to celebrate last night when she took home two trophies at the ninth annual C+D Awards.

Ms Arikawe, from Priory Pharmacy, received the awards for Community Pharmacist of the Year and Pharmacy Manager of the Year.

She impressing the judges with her ability to turn the struggling business around over three years, as well as leading her team to run health promotions in locations as varied as libraries, colleges, pubs and supermarkets.

More than 550 guests, including a record-breaking 91 finalists, joined the C+D team at the ceremony – held in association with Actavis – at the Celtic Manor resort in Wales last night (June 15).

Other winners included Bedminster pharmacy in Bristol – named Pharmacy Team of the Year after it impressed the judges with “a team philosophy entirely focused on improving outcomes for individuals and the community it serves” – and Pre-registration Graduate of the Year Susannah Probert from Mayberry Pharmacy in Trevethin, South Wales.

The Mayberry Pharmacy Group was awarded Independent Pharmacy of the Year after the judges commended it for strong links with other local healthcare professionals, while Weldricks Pharmacy in Scunthorpe received the Medicines Optimisation Award for its work with three GP surgeries.

See below for a full list of winners. Their full details can be found here.

The willingness of Boots pre-registration graduate Ellie Robinson from the multiple’s Chelmsley Wood branch in Sollihull to engage with pharmacy at an organisational level was recognised by the judges, as was the support a Superdrug branch in Surrey showed to a nearby neurorehabilitation centre.

C+D editor James Waldron told the audience that the diversity of the finalists was impressive in itself.

“From a Facebook campaign to promote healthy living, to a pharmacy that’s been helping out a nearby neurorehabilitation centre… these inspiring examples are well worth celebrating and supporting,” he said.

Read more about the winners, runners-up and finalists in a special pull-out section of next week’s issue of C+D (June 25).

Did you attend this year's C+D Awards?

We want to hear your views, but please express them in the spirit of a constructive, professional debate. For more information about what this means, please click here to see our community principles and information.