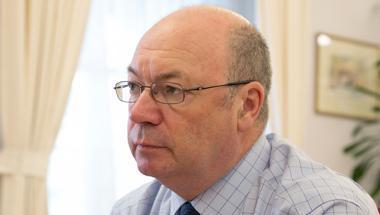 The Department of Health (DH) told C+D this afternoon that although an impact assessment may not have existed at the time it wrote its response (June 28), it always intended to publish one "in due course".

"We remain committed to this," the DH said today.

@AlistairBurtMP Hi Alistair, we're not retracting as DH quote that assessment "doesn't exist" is still accurate. If 1 is coming, then when?

C+D's original story from this morning, including the DH's statement from last week that an impact assessment "does not exist", can be read below.

There will be no impact assessment on the planned cuts to community pharmacy funding, the Department of Health (DH) has revealed.

Instead, the proposed £170 million cut to pharmacy funding in England was considered in the context of the government's duty to ensure equality across the public sector "and other duties”, it said in response to a freedom of information (FOI) request sent on June 28.

Consultation responses to be published instead

The responses to the government's consultation on the funding cuts, which closed on May 24, will also "inform the final assessment and will be published in due course”, it added in its letter, seen by C+D.

Pharmacy London chief executive Rekha Shah, who sent the FOI request, originally asked the DH to publish the promised impact assessment in the wake of “significant public concern” about the proposals.

Commenting on the news, Pharmacy Voice said it has been calling for the publication of more detail about how the government has assessed the impact of cuts to the sector. This should include how patient access and quality of care will be affected, it stressed.

"The response Rekha has received speaks for itself," Pharmacy Voice added.

C+D has asked the DH to comment on its reponse.

What do you make of the DH's response?

Pharmacy clusters – what they are and why DH wants them gone