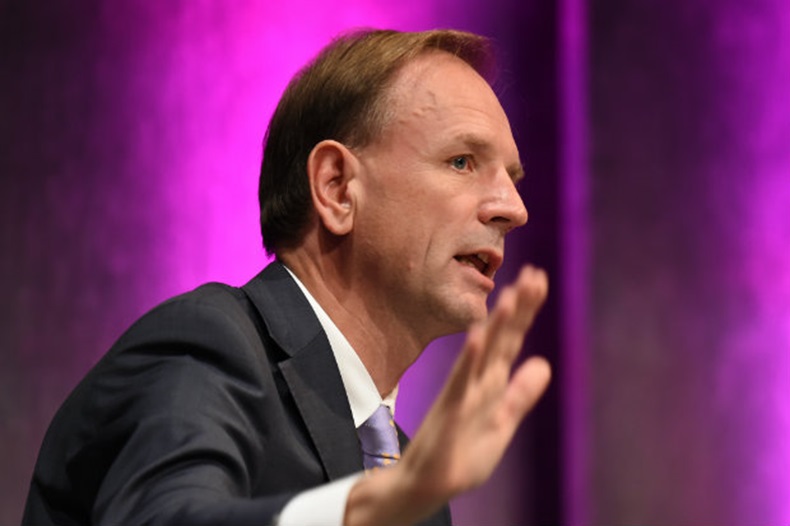 Simon Stevens: We're spending around £2.8 billion in order to "dole out £8 billion-worth of medicines"

NHS England must be resolute about its “controversial” funding decisions, chief executive Simon Stevens has said when questioned about community pharmacy.

Ms Smyth, MP for Bristol South, said: "There has been a reprieve or a delay for cuts that were in the forward budgets for next year. Community pharmacy, we read, has been saved."

After first announcing that the planned 6% cut to pharmacy funding in England is to be delayed beyond October, the Department of Health wrote to pharmacy organisations last week (September 14) to inform them that a funding "package" for the sector will be announced in mid-October – and implemented in December.

Ms Smyth said the delay to the funding decision does not give confidence that there is an "overall plan [for the health service] that people are sticking to".

Mr Stevens denied Ms Smyth's suggestion that a delay to the £170 million cut to funding amounted to a "raid" by the Department of Health on the NHS. But the delay in implementing the cut is a “further budget pressure”, which he is “having to manage”, he said.

Community pharmacy is “hugely valuable”, but there are “legitimate considerations” that the NHS is spending “something like £2.8 billion” in order to “dole out £8 billion-worth of medicines”, Mr Stevens claimed.

"There are efficiencies to be made in every part of our cost structure," he said.

"In order to deliver against the funding that we have, we are going to have to be resolute on some often quite controversial decisions," Mr Stevens added.

Referring specifically to Mr Steven's comment about pharmacists "doling out" medicines, Mr Churton said it "does not bode well".

What action is your pharmacy taking now the funding cut has been delayed?
No action
22%
Investing in the business again
4%
Continuing to make savings in case the funding drop is confirmed
74%
Total votes: 172

What do you make of Mr Steven's comments?

Contractors will be ‘uncomfortable’ with funding delays