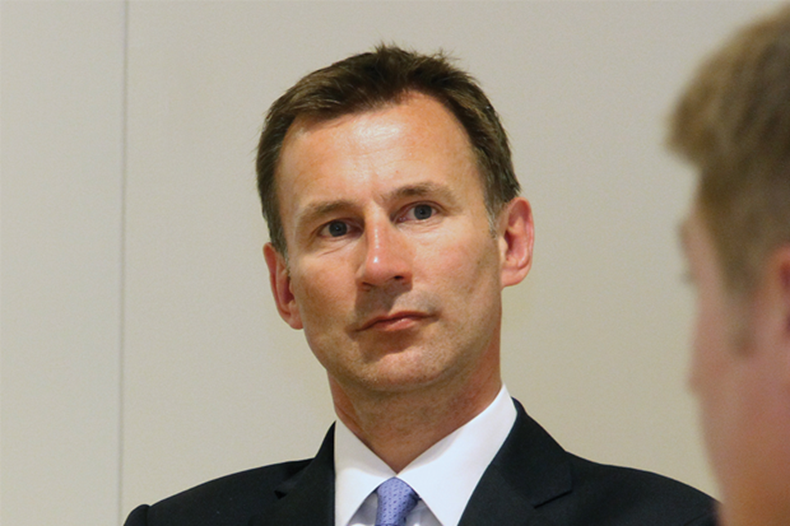 Hunt: It has been a difficult period for the pharmacy sector

The government has not “exploited the tremendous skills pharmacists have” nearly as "effectively as it might", Jeremy Hunt has said.

During a speech given at the NHS Confederation’s annual conference on Thursday (June 15) the secretary of state for health said he recognised it had been “a difficult period” for the sector as it has been asked along with “every other part” of the NHS to make efficiency savings.

Mr Hunt was responding to a question from Helga Mangion, National Pharmacy Association (NPA) policy manager and community pharmacist, who asked how he would engage with frontline pharmacists and implement the Conservatives' manifesto pledge to help pharmacies keep people out of hospital.

“This is not about a smaller role for pharmacy, it is about seeing a different and bigger role,” Mr Hunt said.

He referenced pharmacists starting to have access to "electronic health records" and said advice given by a “clinically trained pharmacist” is “fantastically useful” in terms of keeping people away from A&E departments.

“I think we want a closer relationship with pharmacists but it's a different relationship,” he added.

In response, the NPA said it would follow up with the health secretary about his commitment to engage personally in a dialogue with the sector.

This article was updated on June 16 to include the name of the community pharmacist who asked the question, and the NPA's response.

What do you make of the health secretary's remarks?