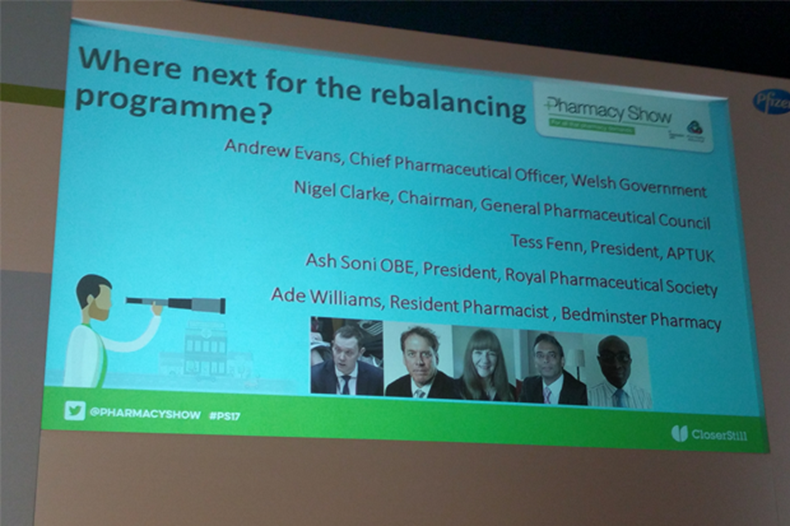 The board that oversaw controversial pharmacy supervision proposals will “genuinely have to reflect” on the backlash to the plans at its next meeting, a board member has said.

In answer to C+D’s question at the Pharmacy Show on Sunday (October 8), Andrew Evans, chief pharmaceutical officer for Wales, said it was his “personal view” that the board “got the balance slightly wrong” when it came to making information available to the public.

He recognised that supervision is a “difficult subject” and it is a “challenge” to strike the right balance between remaining open and transparent, and encouraging “free and frank discussion” across the sector.

“I think there is an inherent difficulty talking about [it] behind closed doors,” Mr Evans said. “It gives the appearance that you’re talking about, or agreeing something, that you wouldn’t want others to find out about.”

“No doubt we’ll pick it up again at the [next programme board meeting at the] end of October,” he told the audience.

“I would expect the board perhaps to be a little more forthcoming and open to debate around these subjects, like we are today,” Mr Evans added.

Last month, C+D exclusively published detailed proposals for pharmacy technicians to be handed legal responsibility for supervising the supply of prescription-only medicines (POMs), which had been submitted to the DH programme board.

A working group, established by the UK’s four chief pharmaceutical officers, also suggested amending legislation to allow a pharmacy technician to, in a pharmacist’s absence, undertake the “supervision role” of determining when medicine supplies can go ahead and “overseeing the activities of other, non-regulated, pharmacy staff”, according to the confidential documents seen by C+D.

Mr Evans was one of four programme board members speaking at the Pharmacy Show session, including Royal Pharmaceutical Society (RPS) president Ash Soni, and Tess Fenn, president of the Association of Pharmacy Technicians UK (APTUK).

Mr Soni said he had received “very unpleasant…personal attacks” on social media since the supervision proposals came to light, which he said were “unprofessional and shouldn’t happen”.

“I understand the emotive nature of this debate – that is in some ways why I have chosen not to do anything about it thus far,” he told delegates.

The discussions around supervision are no more than “straw man” plans, and there are “no current proposals on what [pharmacy supervision] will look like”, he said.

Mr Soni reiterated his position: “Wherever there is a medicine, there must be a pharmacist.”

“There is no question about pharmacists not being in pharmacies,” he stressed.

Ms Fenn said research conducted by the APTUK and the University of East Anglia last year showed that “88% of pharmacy technicians were extremely willing and wanting to extend their role and the level of their training”.

Ms Fenn claimed there were more than 23,000 pharmacy technicians on the General Pharmaceutical Council (GPhC) register.

“That is a significant workforce that we can use,” she stressed.

Catch up on the tweets from the Pharmacy Show with C+D's Storify.

What do you make of the supervision proposals?

Labour will hold government to account for pharmacy supervision plans