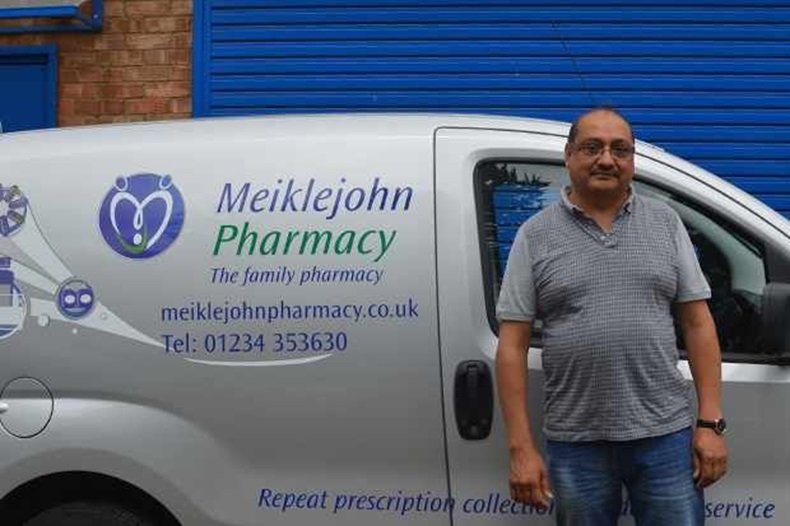 Over a quarter of pharmacies (27%) will start charging patients to deliver medicines to their homes, a C+D poll has revealed.

Forty-four (28%) respondents said they would not charge for home deliveries, while five respondents (3%) said they already do so.

Lloydspharmacy announced last month (November 21) that “over the next few weeks” it will start charging new patients for medicines deliveries: introducing a charge of £35 for a six-month subscription to the service, and £60 for a 12-month subscription.

Will your pharmacy follow Lloydspharmacy's lead and start charging patients for home deliveries?
Yes
27%
Maybe, we are considering it
42%
No
28%
My pharmacy already charges patients for deliveries
3%
Total votes: 156

“[A time is] going to come when people have to charge. We can’t carry on like this because it does cost a lot of money,” she told C+D.

“Once the big boys start, then the others will follow. If they charge why shouldn’t we?”

Ms Panchal – whose husband Sailesh (pictured above) and another employee deliver medicines to patients – stressed she would deliver for free to elderly or housebound patients.

Alan Kurtz, the owner of Fisher’s Pharmacy in South Norwood, London, said that if “everyone else” charges for deliveries, he would follow suit.

Mr Kurtz’s pharmacy has two drivers who complete between 50 and 100 deliveries daily, six days a week, and he told C+D it is “one of the most costly things we do”.

Whether his pharmacy would charge for the service was a “very tricky question”.

“It’s increasingly difficult for us to pay for it but we’re in a competitive situation”, he said.

“We’re a service industry, part of a caring profession. We’re delivering to people who are being looked after by carers, people who are quite poor. Some people just can’t [pay].”

Read about the uncertain future of pharmacy delivery drivers here.

What are the potential issues with charging patients for home deliveries?

Well Pharmacy 'hasn't decided' whether to charge for home deliveries