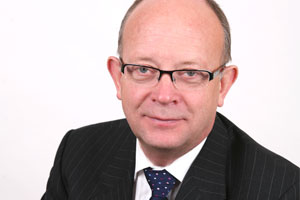 A public consultation on how to decriminalise dispensing errors has been delayed, C+D has learned.

The consultation by the programme board set up to "rebalance" medicines legislation had been scheduled for January, but board chair Ken Jarrold admitted this month that the group was still "working hard to get the consultation underway".

"This will be a little later than originally expected, but should still provide sufficient time to bring the legislation in within this parliament, albeit to a challenging timetable," Mr Jarrold told C+D last week (March 19).

The Royal Pharmaceutical Society (RPS) had previously opposed the move because of concerns it could lead to pharmacies routinely operating without a pharmacist, but ministers had since agreed to "robust scrutiny" of the GPhC's RP rules before they come into force.

The RPS said on Friday it was "delighted" its concerns had been listened to and that any changes to the length of time an RP could be away from the pharmacy would be subject to parliamentary oversight.

The move would mean the GPhC and PSNI, instead of the government, would decide on the role of an RP, including whether they have to be present in the pharmacy at all times. Under the medicines regulations 2008, the RP can be absent from the pharmacy for up to two hours as long as they are contactable.

At an earlier board meeting in January, the group debated whether to stick with its original plan to ask the government to decriminalise dispensing errors by passing secondary legislation under section 60 of the Health Act or add the changes onto the Law Commission's proposals to amend professional regulation.

The board decided to recommend both approaches to the government and see which progressed faster.

The board also stressed the need for pharmacy "champions" to engage with the public and media to explain why medicines legislation should be rebalanced. It raised concerns that the increased error reporting that could result from decriminalising dispensing errors could "generate negative headlines".

Last year, Mr Jarrold told C+D that the board had made dispensing errors a fast-track issue and hoped to pass legislation to decriminalise them by the end of 2014. But there was still "a huge amount of detailed work" to do before a consultation on the draft changes to the law was made available, he said at the time.