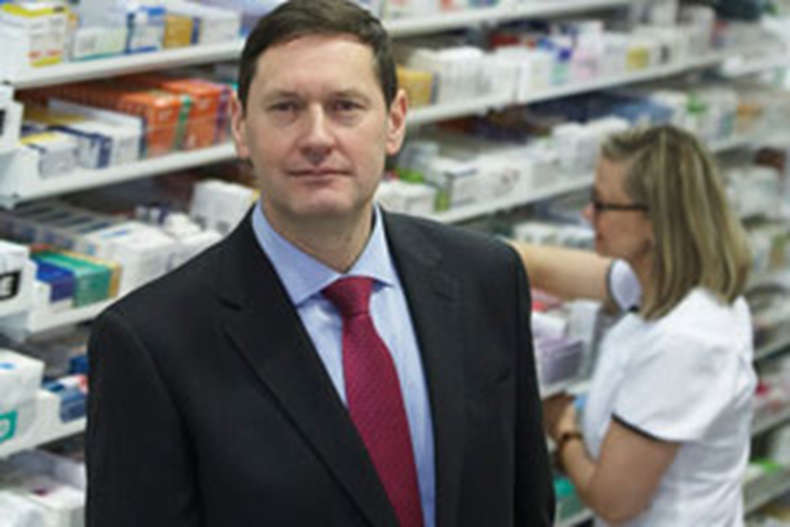 Practice The main aim of the dispensing support pharmacy, due to dispense medicines to 50 branches this summer, was to free up pharmacists’ time for services, superintendent pharmacist Steve Banks has told C+D

Boots will not make any redundancies as a result of building a dispensing hub to serve its branches, superintendent pharmacist Steve Banks has revealed.

The main aim of the dispensing support pharmacy, due to dispense medicines to 50 branches this summer, was to free up pharmacists' time for services, Mr Banks told C+D in an exclusive interview on Monday (March 24).

Boots expected the site in Preston to serve 250 branches by the end of the year, Mr Banks revealed, but stressed this would not lead to job losses. "We wouldn't want any redundancies as a result of doing this because we want our pharmacists to be there with patients and customers," he said.

But Mr Banks said pharmacists involved in the trial were "really excited" about the dispensing support pharmacy, which would enable them to have more conversations with patients. "They're pleased we're investing in the future of pharmacy but they're also pleased that it's something that will support them," he told C+D.

Mr Banks added that the use of automation in the dispensing process would enable Boots to provide an "even safer service" for patients.

Boots UK's director of pharmacy Peter Bainbridge stressed that the multiple had only given the project the go-ahead once it was fully confident in the technology. It had already spent more than 18 months planning the move, he revealed.

Mr Bainbridge argued that the dispensing support pharmacy would help Boots meet the demands of an increasingly challenging NHS environment.

"Ultimately, if we're going to be a pillar in the NHS, we need to provide better patient care," Mr Bainbridge told C+D. "[The dispensing support pharmacy] will release pharmacists to do the services we have now and the services we think will come tomorrow."

Boots said its dispensing support pharmacy will have a responsible pharmacist on site and will be using the "latest scanning and verification technology" to check the accuracy of the items that are being assembled, labelled and bagged.