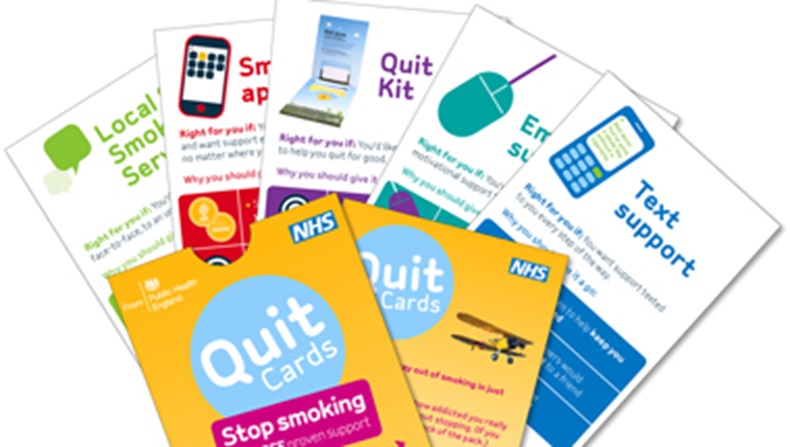 Public Health England (PHE) has redesigned its smoking Quit Cards to build on the success of last January’s Smokefree campaign.

The “new and improved” cards would help pharmacy teams take smokers on a “step-by-step journey” to identify their level of addiction and find a suitable support tool, PHE said ahead of the launch of its third annual Smokefree campaign on December 29.

The new-look cards are available to order now and were redesigned with the help of Pharmacy Voice, PSNC and the Royal Pharmaceutical Society (RPS). They would provide a “huge opportunity” for pharmacy teams to start a conversation with people interested in quitting smoking, said the Department of Health’s principal pharmaceutical officer Gul Root.

More than half a million quit cards were distributed by around 8,500 pharmacies across England during last January’s campaign, said PHE, which expressed hopes to secure the same level of support this year.

As well as the cards, pharmacy staff would be able to access an ‘advisor guide’ to help them offer “quick advice” to smokers who did not spend much time in the pharmacy, PHE said. Staff should list the benefits of the Smokefree support tools, which include mobile apps, NHS quit kits and “stress-busting” audio clips, it said.

More than 90 per cent of people who used two or more of the support tools made an attempt to stop smoking last year, PHE said. Advice from pharmacy teams was “crucial” to getting people to quit and gave smokers the “best possible” chance when coupled with the tools, it added.

The month-long Smokefree campaign will include online and TV adverts, although PHE said it would not unveil the theme of the adverts until the end of this month. Pharmacies would also be able to order promotional materials for their windows and shelves from then onwards, it said.

The Smokefree campaign comes two months after a record-breaking quarter of a million people took part in PHE’s Stoptober initiative. The number of smokers in England hit an all-time low of 18 per cent in 2013, PHE said in October.

What is the best way to approach smokers about quitting?