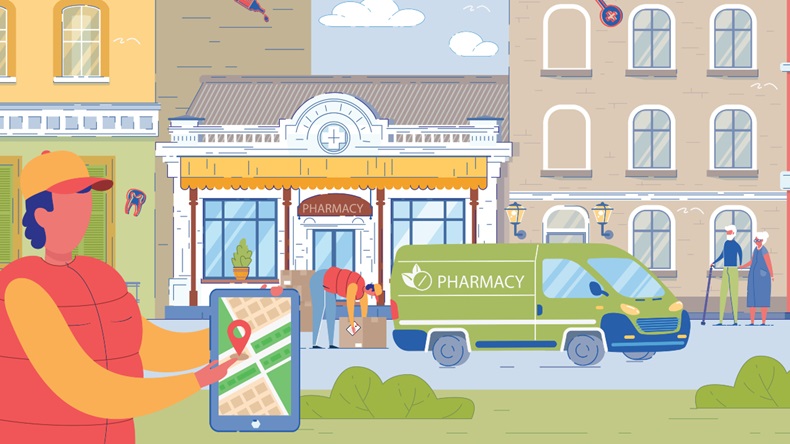 The pandemic delivery service was first introduced in April 2020

Freedom of information (FOI) requests sent by C+D to the NHS CFA revealed it had received 309 reports of potential fraud undertaken by community pharmacy contractors from July 1, 2019 to June 30, 2021.

Of these, 256 were due to inappropriate claims relating to the pandemic delivery service, the NHS CFA said in its response.

“None of the investigations have led to civil sanctions at this stage”, the NHS CFA added in its FOI response, which C+D received last week (August 6).

The pandemic delivery service was first introduced in April 2020, to ensure that “extremely vulnerable patients” who were shielding at home could still receive their medicines. Since then, the service has been paused, resumed, and extended several times, and is currently active for those asked to self-isolate by NHS Test and Trace until September 30.

Contractors making deliveries to patients under the advanced can claim £6 (including VAT) per delivery.

Other types of reports received by the NHS CFA

The majority of reports received by the NHS CFA from July 1, 2019 to June 30, 2021 related to suspected fraud relating to the pandemic delivery service.

However, the body also received 25 reports for “activities that contravene the terms of the contractual agreement”, and 11 related to the “inflation of fees, allowances and reimbursements claimed under the drug tariff”. A further 17 were not individually classified.

According to the FOI response, the health authority “has not been in a position to specifically measure losses within the community pharmacy contractor thematic area and are relying on a baseline 1% loss to fraud as an estimate”.

“This leaves a substantial gap in our strategic intelligence picture, meaning that it remains a priority,” NHS CFA added.

Commenting on the FOI results, a spokesperson for the Pharmaceutical Services Negotiating Committee (PSNC) told C+D that the organisation does not “condone any fraudulent activity, whoever carries it out”.

“PSNC expects all community pharmacists to uphold the standards of the profession and follow the required protocols for all the services they provide,” they added.

An NHS CFA spokesperson told C+D today (August 13): “The NHS CFA continues to review systems and services that could cause the NHS to be vulnerable to fraud so that we can mitigate the risks. The NHS CFA has developed and highlighted guidance to mitigate the risks associated with the pandemic, for both NHS organisations and the public.”

The NHS CFA told C+D in April this year that it was reviewing “some possible threats and vulnerabilities within the pandemic delivery service” and was “aware” of some issues with the service.

A similar C+D investigation into reports of contractor fraud received by the NHS CFA, the findings of which were published in August 2019, revealed that only one pharmacy owner had been sanctioned for committing fraud between January 1, 2017 and June 30, 2019.

Revealed: Just 1 sanction against a contractor for fraud in 2 years