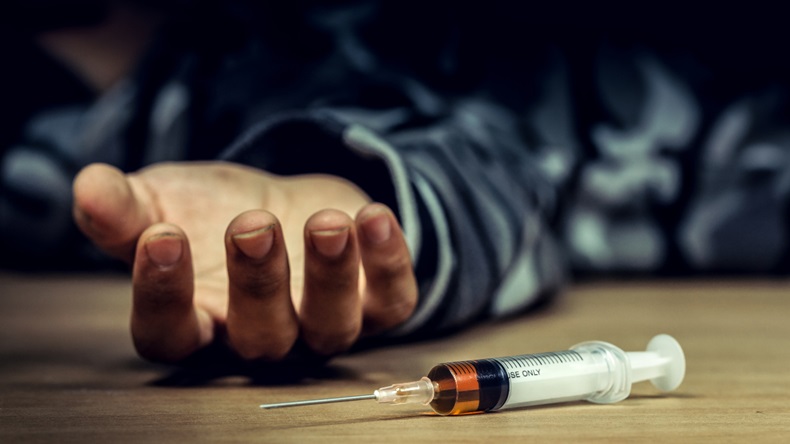 The PHE alert flagged an “unprecedented number of overdoses”

The safety alert – which PHE asked NHS England and NHS Improvement to escalate to community pharmacy – contains urgent actions to be completed by tomorrow (August 20) by all organisations where staff may deal with people who use drugs.

A spike in the number of overdoses

According to the alert, in the past 10-14 days there have been an “unprecedented number of overdoses”, with some resulting in deaths, in people who use drugs – primarily heroin.

The cases have been registered in some parts of the country, including five London boroughs, Hampshire, Essex, West Sussex, Dorset and Thames Valley.

PHE is alerting those in contact with heroin users to the increased possibility of overdose, so they are “able to recognise possible symptoms of overdose and respond appropriately”.

Janice Perkins, chair of the Community Pharmacy Patient Safety Group, told C+D today (August 19) that the group will discuss this alert at its next meeting.

Plans to let pharmacists give naloxone

Earlier this month, the government announced that pharmacists and other professionals such as paramedics, nurses and police officers could be eligible to “hold and give” naloxone in a drive to tackle drug-related deaths.

The drug is used to reverse the effects of opioid overdoses. It is a prescription-only medicine and can currently be administered by anyone during an emergency.

However, only commissioned drug treatment services are currently able to “obtain and supply” naloxone without a prescription or another written authorisation, outside of an emergency.

Ms Perkins told C+D the group is “very supportive of the plans to facilitate take home naloxone as an important way of protecting lives”.

The decision to expand the use of naloxone to pharmacists and other healthcare professionals is subjected to an eight-week consultation, closing on 28 September.

Pharmacists could ‘hold and give’ naloxone under proposed law change