Iron is an essential mineral because it is an integral component of haemoglobin (Hb), which enables oxygen to be bound, stored and carried around the body in the blood. Reduced iron in the body therefore results in less oxygen being delivered to tissues and organs.

Iron deficiency anaemia occurs when a lack of iron in the body results in a reduced number of red blood cells. This lack of iron can be caused by either reduced iron intake or an increased loss of iron from the body.

Many common symptoms of iron deficiency anaemia are non-specific but may include:

In severe cases, patients may suffer from symptoms such as angina, marked ankle oedema or dyspnoea. However, it should be remembered that symptoms may not necessarily be present, even in severe anaemia. It is often the case that anaemic sufferers are asymptomatic and iron deficiency anaemia may be picked up in routine lab tests.

If a pharmacist suspects that a patient is suffering from iron deficiency anaemia, they should be referred to their GP for a test to measure their full blood count.

Iron demand in the body during pregnancy is three times higher than in menstruating women. Iron deficiency anaemia is therefore commonly seen in pregnant women because this demand increases as pregnancy advances.

Certain medical conditions may also lead to iron deficiency anaemia due to malabsorption. For example, coeliac disease, gastrectomy and H pylori infection can prevent iron from being absorbed correctly.

Iron deficiency anaemia caused solely by inadequate dietary intake of iron is rare in the UK, except in pregnant women. It has also been suggested that vegans and vegetarians are more susceptible, due to lack of red meat in their diet. Other less common causes include blood donation, inflammatory bowel disease, schistomiasis, haematuria and oesophagitis.

When a pharmacist suspects anaemia there are several questions they can ask to assess whether it is iron deficiency anaemia:

These questions do not form the basis of a diagnosis but can help indicate whether a patient warrants referral.

The World Health Organisation (WHO) defines anaemia as:

Severe cases are defined as patients with an Hb level of less than 7g/100ml.

Levels of ferritin – an intracellular protein that stores iron and releases it in a controlled fashion – should also be checked; this will evaluate how much iron is being stored in the body. Low levels of serum ferritin indicate that body iron stores are low. A serum ferritin level of less than 15µg/l confirms the diagnosis of iron deficiency anaemia.

The main aim of treatment is to restore haemoglobin levels to normal and replenish iron stores. Treatment of iron deficiency anaemia is typically in the form of iron supplements combined with an increased dietary intake of iron.

Dose-related side effects are commonly experienced with iron supplements. However, these often subside with time, so patients should be reassured and encouraged to continue with therapy. Side effects include:

Oral iron, particularly modified-release preparations, can exacerbate diarrhoea in inflammatory bowel disease and patients should be counselled appropriately. In elderly patients, iron supplements can be particularly constipating, which could result
in faecal impaction.

Patients can be advised to take iron supplements after food, which may reduce the incidence of gastrointestinal side effects. They should also be warned that iron supplements may affect the colour of stools.

If side effects are severe, it may be appropriate to decrease the dose to one or two daily or prescribe an alternative; these options must be discussed with the GP. However, a lower dose does mean that it will take longer to restore iron levels.

Pharmacists should stress the importance of a well-balanced diet, including iron-rich foods. Patients should note that dietary changes alone are not sufficient to replenish iron stores. Iron-rich foods include:

Vitamin C-rich food should also be recommended because it can help with the body’s absorption of iron.

Some food substances and medication may reduce the absorption of iron. Increased consumption of foods containing phytic acid (found in wholegrain cereals), polyphenols (found in tea and coffee) and calcium may reduce absorption, as can medication that raises gastric pH, such as antacids and proton pump inhibitors.

Treatment of the underlying causes in iron deficiency anaemia are key in preventing the condition from recurring. For example, if iron deficiency anaemia is caused by NSAIDs, the patient should be referred to the GP. In the case of menorrhagia, this can be treated with medication such a tranexamic acid or particularly severe cases may require surgery.

If there is a response, full blood count should be assessed at two to four months to ensure Hb levels have returned to normal. Once normal levels have been achieved, it is usually recommended that treatment with iron supplements is continued for a further three months to ensure iron stores are fully replenished. The patient’s full blood count should then be monitored every three months for a year following the end of treatment with oral iron supplements.

If Hb indices drop below normal, additional iron can be prescribed and an ongoing prophylactic dose of ferrous sulfate 200mg once daily should be considered for those at particular risk of iron deficiency anaemia.

It is rare for iron deficiency anaemia to cause long-term complications but some people may find that it affects their daily lives and can pose serious problems if left untreated: 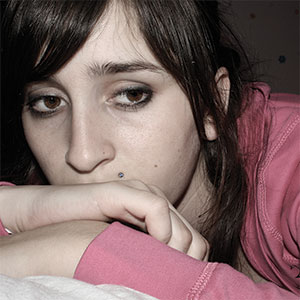 Louise is a 19-year-old student who has recently started university. She comes into the pharmacy with general fatigue and occasional dizziness. She thinks that it may just be freshers’ flu.

The pharmacist discovers that Louise has not cooked any fresh food since starting university and has mainly been eating microwave ready-meals and less than two portions of fruit or vegetables per day. Louise is not on any medication and is not aware of any family history of iron deficiency anaemia, nor has she suffered from it previously.

Louise explains she suffers from heavy menstrual bleeding that can last for five to seven days and mentions that a few friends have commented that she has looked quite pale recently.

The pharmacist suspects Louise may be suffering from iron deficiency anaemia and refers her for a blood test. The pharmacist also gives Louise dietary advice on iron-rich foods that she should incorporate into her diet and emphasises the importance of a well-balanced and healthy diet.

Tips for your CPD entry on iron deficiency anaemia

Reflect What is the most common cause of iron deficiency anaemia in premenopausal women? What are the side effects of iron supplements? Which foods contain high levels of iron?

Plan This article describes iron deficiency anaemia and includes information about symptoms, causes, diagnosis and treatment. Dietary advice, monitoring and complications are also discussed along with a case study.

Act Read the article and suggested reading (below) and take the 5-Minute Test. Update Plus subscribers can access answers and a CPD logsheet at chemistanddruggist.co.uk/mycpd.

Evaluate Do you now have a good knowledge of the symptoms, causes and treatment of iron deficiency anaemia? Could you give advice to patients who are suffering from side effects of iron supplements?

Take the exam
0 Comments
Login or register to post comments