Who hasn’t committed a dispensing error at some point? When battling against increasing prescription volume and rising pressures on staff, a degree of error is inevitable. But rather than beating yourself up for mistakes, the best thing to do is to learn from them – as NPA head of pharmacy services Leyla Hannbeck can confirm.

Through its error reporting system, the NPA has been able to highlight common mistakes, their causes and how to prevent a recurrence. It may not be easy to prevent – 50% of people reporting errors cited workplace pressures such as staff shortages as a factor – but bearing in mind the main pitfalls may avert a patient safety risk. Ms Hannbeck reveals the four scenarios that are responsible for a large proportion of errors.

Medicines with similar names or packaging 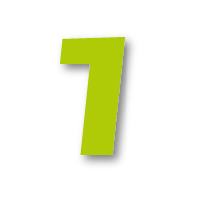 It’s an easy mistake to make. When working in a busy dispensary, medicines with similar names or almost identical packaging are easily confused. This is perhaps why incidents such as these account for more than 70% of the error reports received by the NPA.

Ms Hannbeck says some medicines are particularly vulnerable to mix-up due to their names – enalapril and anafranil, or seretide and serevent, for example. Similar packaging also makes medicines such as amlodipine and allopurinol easy targets for a dispensing error. Unsurprisingly, Ms Hannbeck says mistakes of this type can have “serious” consequences. She cites one incident when prednisolone was mixed up with gliclazide due to similar packaging, which resulted in the patient going into a diabetic coma.

How to avoid it: The NPA has highlighted medicines that frequently cause problems to NHS England and the MHRA, so a solution could be on its way soon. Until then, Ms Hannbeck advises pharmacists to alert the whole pharmacy team to similar medicine names and packaging. She also stresses the importance of including two people in the dispensing process – errors are much more easily made when the pharmacist is doing everything alone. 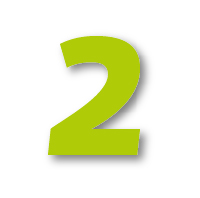 It is relatively common for patients to receive out-of-date medicines, says Ms Hannbeck – and this mistake isn’t easily forgiven. For example, antibiotics could be rendered ineffective if dispensed past their sell-by date. “If the patient has had an infection and then looks at the packaging [and sees it’s out-of-date], they really kick off,” Ms Hannback warns. “Out-of date stock is something that really shouldn’t happen.”

How to avoid it: Organisation is the key to avoiding this particular error. Ms Hannbeck advises pharmacists to ensure their dispensaries are free from clutter, and to date check items “on a regular basis”. 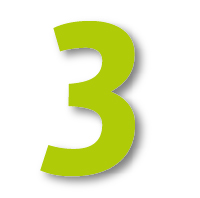 Complex calculations are fertile ground for an error. Ms Hannbeck says medicines that need to be diluted - such as ranitidine, which was the subject of a Pharmacy Voice warning last month, are commonly cited in errors. “Sometimes pharmacists get confused with regards to milligrams and millilitres, so it’s very important to pay attention,” she says. “In children particularly, it’s something they need to be wary of... because it’s very easy to overdose.”

How to avoid it: In a busy dispensary full of demanding patients, it may be tempting to rush through calculations. But Ms Hannbeck stresses that it is important to take your time – writing down the calculations and double-checking them before dispensing. “Let the patient know you have to do a calculation and they will understand it’s about their safety,” she advises. 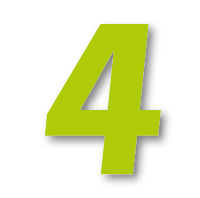 We all know the doctor with near illegible handwriting. Most of the time it’s fathomable, but sometimes it can require guesswork. And this is where problems tend to creep in. Ms Hannbeck says pharmacists can misread the drug name, Latin abbreviations or units of measurement. Clearly, this leaves scope for some serious errors.

How to avoid it: In these cases, it’s best to seek clarification. After all, you would be liable for a dispensing error – and bad handwriting would not constitute a defence. “Don’t just assume – pick up the phone and check with the prescriber,” Ms Hannbeck says.

Do I Not Like This Dotcom, Primary care pharmacist

Posted on Wed, 23/09/2015 - 09:34
Where drug names are similar, a good way of avoiding picking errors is to use different brands as the packaging should be very different. I did an assessment a few months ago which reduced picking errors to zero. Obviously there may be an impact on cost of acquisition but this can easily be managed by careful negotiation. Contact me if you want more details about the report please.

Posted on Mon, 21/09/2015 - 15:23
I have a novel suggestion. How about allowing a short break or even two during the working day. The pharmacist time allowing could grab some fresh air and perhaps a bite to eat. And also when an eror occurs instead of hanging them out to dry and quietly sacking them(Multiples) try and look at root cause.

Posted on Wed, 09/09/2015 - 21:42
Wasn't sure why you were voted down (but then I realised that it's the cracking [not really] new C+D system, and in fact one person had downvoted). The root cause as we pretty much all know is over work. I'm not expecting Pharmacists to hold their hands up to errors on a public forum, but I'm cavalier like that and so will - both of the dispensing errors I have made in the last year were in MDS trays which were to be delivered at the last minute, in a dispensary with 3 of 5 dispensers off sick on one occasion, and a pack I had to make myself as I was the sole Pharmacist and dispenser on a busy weekday. You can be as careful as you like with drug names, but if there's no dispensers to do any date checking, you've got multiple care homes who are used to ringing up with an 'Oh by the way we need a 15 item tray in the next two hours' type request and your job literally depends on script figures and bloody MURs, I'm amazed the error rate in many places is so low.

Posted on Sat, 12/09/2015 - 07:43
Would like to see drug companies forced to produce regulation coloured packs with suitable space for instruction label preferably with drug name printed above for easy checking. Each generic drug should have a uniform pack presentation - colour coded would help - for patient recognition as well as ourselves..Which is more important, drug company branding or patient safety? The NHS as monopoly purchaser (almost) of this market needs to lay down exactly what is required by way of 'packaging for patient safety' . Uniform pack sizing would help patients, is an environmental issue ( 1x 28 Atorvastatin boxsize of a coffee table) and aid tidy dispensaries - less mess, less errors. Would also like to see NHS clout tackle generic pricing which seems to have gone rogue but that's a whole other mess. And if ' Carlsberg Did Pharmacy' could we have expiry dates clearly legible on end of pack with name and strength of drug maybe? At present for many manufacturers it is a big secret embossed so only at a certain angle of moonlight can be read...

Posted on Fri, 18/09/2015 - 18:47
I like TEVA packs for that. Clean box with name and strength. Uniform design across everything. Space for dispensing label. With pack sizes kept small for easy shelf stacking. Should be standard, I agree.

I agree Teva boxes are great for storage and label placement but why the limited range in colors....look at the gliclazide, folic acid next time....to name just one of many I have had to put *care when picking - similar packaging* warnings on drawers.