The 5 most commonly abused OTC medicines

How often do you suspect abuse of over-the-counter (OTC) medicines in your pharmacy? A third of you believe you come across it every day, according to a C+D poll last year, which suggests pharmacists are highly tuned to the issue.

But an investigation by ITV in July cast doubts over whether pharmacists are managing the problem adequately. Based on a survey of 2,000 people, it estimated that 900,000 people could be misusing OTC painkillers containing codeine. It then sent an undercover reporter to obtain codeine – and the results made for uncomfortable reading. The reporter bought 576 tablets in just a few hours and said “very few questions” were asked by pharmacists – with three failing to ask a single question at all.

The methods used in the investigation are not clear and leave the results open to scrutiny. But all pharmacists would agree that asking questions is key to tackling OTC medicines abuse, which can have serious consequences for the patient.

So which OTC medicine sales warrant special attention? According to Sheffield University senior lecturer Richard Cooper, who has conducted research into the subject, there are five varieties of medicine that are particularly open to abuse. His review of OTC medicines abuse in 2011 identified codeine-based medicines, cough products, sedative antihistamines, decongestants and laxatives as requiring special care. 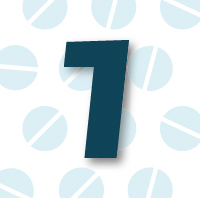 Ask a pharmacist which OTC medicine is most vulnerable to abuse and chances are they will say codeine. The high awareness of codeine misuse means pharmacists are vigilant for unusual sales. A request for three bottles of co-codamol is likely to raise flags in any pharmacy – but Dr Cooper suggests the signs can be far more subtle. Users don’t always go for the products with the highest dose of codeine. Technically, they could buy a bottle of co-codamol together with Nurofen Plus for the maximum hit – but Dr Cooper hasn’t come across anyone taking this tactic in his research.

“They don’t tend to go for the absolute highest content,” he says – explaining that Solpadeine, which contains 8mg of codeine, is a commonly abused product. Once people form a habit, they “tend to stick with that product”, Dr Cooper adds. So rather than directing your concern at requests for high quantities of codeine, consider the customer who regularly asks for a relatively low-dose product by brand name. 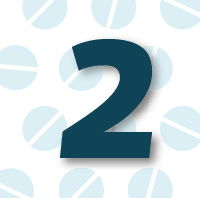 Abuse of cough medicines is a particular issue in the US, Dr Cooper’s research found, where products containing dextromethorphan (DXM) are a cause for concern. The problem isn’t confined to the other side of the Atlantic, though. In May, French newspaper Le Parisien reported that youths were blending DXM-based products with antihistamines to create a cocktail that causes drowsiness and confusion, and could lead to convulsions. 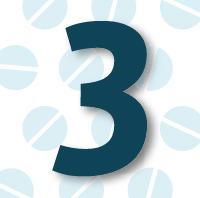 The sedative properties of many antihistamines are well-known. In fact, several that were originally marketed for their anti-allergy properties are now sold as sleeping aids, says Dr Cooper – citing Nytol as an example. Their potential for abuse is clear. Dr Cooper says patients are most likely to start taking the products because they are having trouble sleeping, and then find themselves unable to stop.

Regular use is likely to lead to higher and higher doses being taken, says Dr Cooper. “Their tolerance goes up and they [the tablets] stop having an effect, so you may need to take more,” he explains. 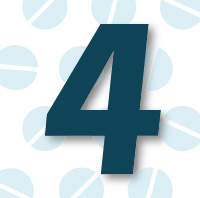 Pharmacists are already alert to the abuse of pseudoephedrine and ephedrine, which are subject to strict controls. Dr Cooper says the "scare" that people would use the products to make crystal meth in the UK was largely unfounded. But he suggests monitoring people who regularly buy small amounts of the products. Some people experience a buzz from using the product on its own, Dr Cooper says, which can lead to addiction.

“There’s some information and data that suggests it affects certain people,” he says. Dr Cooper remembers talking to one person who was taking "a number" of pseudoephedrine tablets for a psychiatric effect. 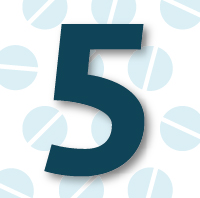 Although they do not cause addiction, laxatives can nonetheless be abused. Desperation to lose weight can result in people taking products such as Senna on a regular basis. This can be a sign of mental health problems and can also pose physical problems in the long term. “In high doses, laxatives can cause an electrolyte imbalance,” Dr Cooper warns.

Posted on Wed, 02/09/2015 - 22:48
Solpadeine is a best seller in most places I've worked in. Codeine is the thing people tend to get hooked on in my experience. Sleeping tablets are a close second. The trouble is, there's actually very little one can do to prevent this from happening. The best you can get is to prevent a sale on that occasion and maybe make a phone call to nearby pharmacies to hopefully prevent the sale there, but if someone truly wants an item, they'll know what answers to give and how to go about getting a product.

Posted on Wed, 09/09/2015 - 22:00
Or go and see their G.P, complain of moderate back pain, say they've already tried Solpadeine and sit back on a lifetime of Solpadol. Lets face it, we all know what's happening. The person on JSA who comes in with scripts for Cetirizine and Daktarin is alright forking out £5 odd on Solpadeine. Hmmmm, call me a crap Pharmacist if you like but I haven't thought of a way to call someone out on that without them invariably calling head office.....