PDA: 'We're not causing trouble in pharmacy – we're fixing it'

The PDA has been at the centre of community pharmacy's recent big debates. But what issues are on their agenda in 2018?

When it comes to the sector’s big talking points, there’s no denying that the Pharmacists' Defence Association (PDA) has certainly been in the thick of it recently.

The group is supporting six Boots pharmacists in their legal challenge to formally “derecognise” the multiple’s union, and have the pharmacists' pay, hours and holiday collectively negotiated by the PDA's own trade union arm.

Then there’s the PDA’s position in the debate over handing pharmacy technicians legal responsibility for supervising the supply of prescription-only medicines (POMs). The association claims the proposal had only been discussed – prior to C+D’s exclusive revelations in September 2017 – in “secret meetings…[with] a bunch of people hand-picked by the government”.

And let’s not forget that the PDA featured in the BBC's Inside Out programme last month, alleging workload pressures at – once again – Boots, which drew heavily on the results of the association's survey of pharmacy staff at the multiple.

But what does the PDA ultimately want to achieve for pharmacists over the next year? C+D's clinical editor Kristoffer Stewart spoke to chairman Mark Koziol, and director Paul Day, to find out.

The PDA has 27,000 members, encompassing just under half of the UK’s 56,000 pharmacists across “all sectors”, who receive indemnity insurance and trade union representation, Mr Koziol says.

Having this “critical mass” of pharmacists means the PDA has the responsibility to “say and do more”. It is able to “lobby parliament more effectively”, and its large membership means people in positions of power “sit up and listen”, he claims.

There is a more “homogenised” healthcare system forming in the UK, according to Mr Koziol, and so the PDA’s focus is “to figure out where pharmacy sits”, and to focus “specifically on representing pharmacy and pharmacists’ interests”.

He warns that “the interests of the profession could be diluted down, possibly quite significantly”, if pharmacists aren’t represented by a “strong, uniquely focused, pharmacist representative voice”.

Without this, “you can guarantee pharmacy will end up [at the] back of the queue” of the “free-for-all” when it comes to NHS funding, Mr Koziol warns. Due to “the unique skills that pharmacists have”, they should be elbowing their way to the “front of that queue”, but this hasn’t been the case “for a long time”, he says.

When it comes to dealing with their members' concerns, director Mr Day (pictured below) says the group “would much rather be in the business of prevention, rather than cure”. He says the PDA tries to be “the canary in the mine” – sounding early warnings of problems affecting community pharmacists – which Mr Koziol says often involve ensuring pharmacies are “safe and professional”. 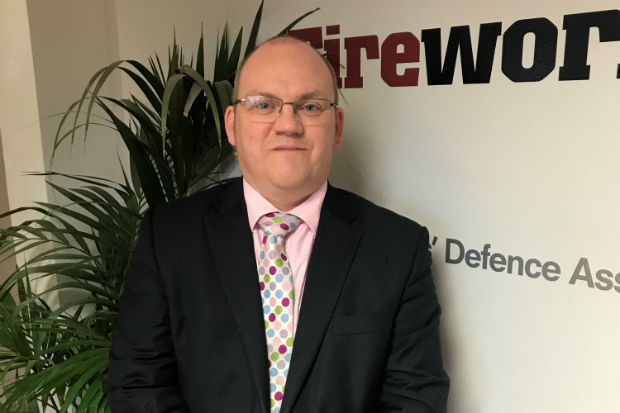 The PDA spends “huge amounts on policy”, Mr Koziol says, and has “quite a few members of staff working in that area”. Ensuring policy is in place “is actually our greatest weapon” in preventing “the disputes that we’re having to deal with” – for example, around pay.

In December, the PDA launched its Safer Pharmacies Charter, urging employers to abide by seven commitments – including “no self-checking” and “safe staffing levels” – designed “to prevent errors slipping through the safety net”. 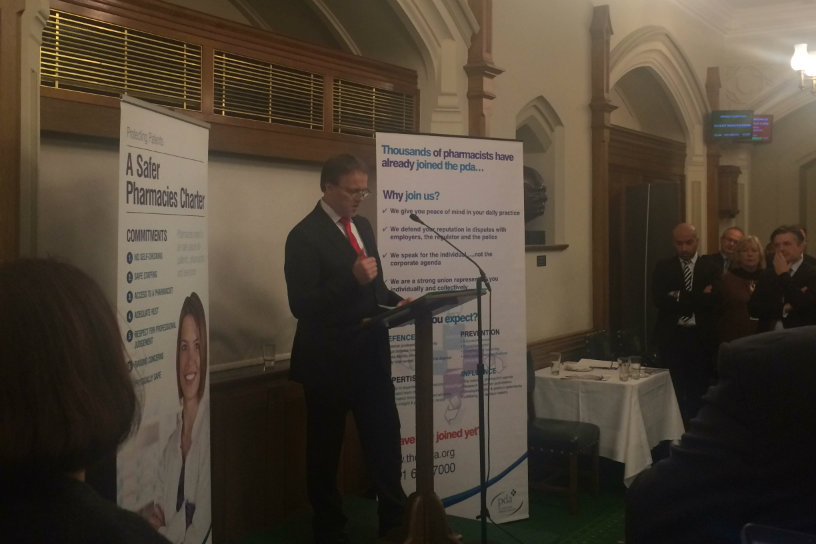 Mr Day explains that it is “important to us to improve the [workplace pressure] situation”, so that pharmacists can “put into practice the[ir] skills and experience”. The PDA wants pharmacists “to be fairly treated at work”, which Mr Day explains means they are: “not stressed; not put in impossible situations; fairly paid; and able to speak up and get [their work] done”.

This kind of policy work is designed to foster “fulfilling professional careers, that can deliver a wider range of services to the public”, Mr Koziol claims, while ensuring the PDA can “respond to the new, ever-growing and diverse range of places pharmacists are working”.

But the PDA is concerned about the placement of pharmacists in GPs as “mini-doctors”, in areas where general practice has “run out of GPs”, Mr Koziol says. NHS Digital data shows the number of GPs in England fell by 1,200 between September 2016 and September 2017, and although Mr Koziol says pharmacists have a key role in general practice as “the experts in medicines”, the association is also “concerned about the lack of an adequate supervisory support structure”.

To inform their policy work, the PDA has compiled its own research “over the years”, Mr Koziol explains, including its survey and focus groups, as well as logging day-to-day reports from its members.

As an example, Mr Day explains members often approach the association with problems relating to irregular pay. In this case, the PDA can survey its 27,000 members and, if there is wider cause for concern, contact an employer on its members’ behalf, to suggest changes to the company's processes around compensation.

But he stresses the group is not an agitator: “We’re not causing the trouble, we’re fixing the trouble”. Mr Day says the PDA's members expect them to do this, adding: “Fighting for the right thing isn’t [something] extra, it’s just what we do.”

Although they appear to have a lot on their plates, both men have a clear focus on the PDA’s future. They want a healthcare system “where people are working hard and smart, as opposed to just working harder and not smarter”, Mr Koziol says.

For pharmacists, this vision might seem impossible with all the other demands on their time. There needs to be incentives, Mr Koziol says, to encourage pharmacists to “become all about delivering services to patients”. If this happens then much of the stress pharmacists face may be lessened, he adds.

A switch to focusing on services would mean pharmacists “no longer fear automation, no longer fear technicians, no longer fear the robot in the back who is assembling the boxes”, he says. “Frankly, that’s a distraction [from the] day job, which is now providing a wide range of services to the public.” 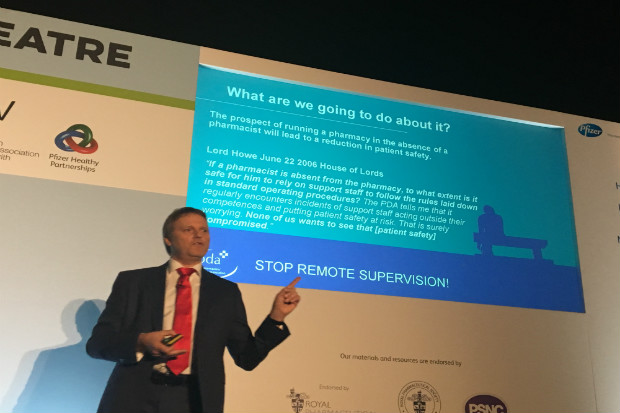 Key to this will be the PDA’s work to “re-engineer the delivery of pharmacy”; ensuring that the NHS can utilise pharmacists by “making sure their unique skills around medicines” are called upon, says Mr Koziol. The PDA's focus, he says, will be on the continued presence and pivotal role of the pharmacist in the pharmacy. “You can’t expect a member of the public to walk into a pharmacy without a pharmacist being there,” he adds.

In the current climate, there are many difficulties ahead and many battles to fight in the sector. You can expect to see the PDA making more headlines and championing their members in the months to come.

The PDA is the only Pharmacy organisation which actually has the best interests of Pharmacists at heart. Keep up the good work!

Excellent article and can echo that dealing with the PDA was worth every penny and more than what we pay. The sheer force exerted by multiples in eroding every professionalism from pharmacists should send a warning mesage to every pharmacist out there. Keep going PDA, you're doing a far better job than our useless regulator - their only cure is FTP at any cost!

The PDA fight for more respect, better working conditions and payment for services rendered. You have to wonder the motives of those forces opposing them?? The likes of Boots etc....

I'm not afraid to say it. Certain big chains want their pharmacists to work for buttons, and have their rights removed by way of an in-house organisation which serves the company who pays for it. Certain companies resent the fact that you might be, via way of a third-party, entitled to your rights as a worker and a human being. They don't want you to be a professional, they want you to be the same as the people who work on the tills so they can treat you badly and replace you when you finally hand your notice in.

It's all about profits, market share, and shareholder value.

If you look on the glassdoor website, people who have worked for the GPhC chastise them for taking a long time to make decisions. But when you're enjoying a Brick Lane curry at someone else's expense, why would you rush?

The Pharmacy industry in the UK is in such a massive pickle, that I think we need to scrap the people policing it and start afresh with a new bunch of qualified personnel, who should be pharmacists and not dentists or anyone else out to make a quick buck (or a million).

My experience of the PDA has been nothing but exemplary. Fantastic, hardworking people who seem to genuinely care about the pharmacists who are registered with them. If only more organisations were like them.

Good for them for tackling the "multiple-mafia", because the GPhC seem impotent on the matter.

A long way to go yet, but at least the PDA actually understands what pharmacists are going through, and are speaking some sense on the matter.

Hopefully they will achieve their goal before pharmacists start committing suicide left right and centre.