Digestive health: do probiotics live up to the hype?

Many claims are made about probiotics' benefits to digestive health. C+D looks at whether these stand up to scrutiny, and what to advise patients seeking these products

If you believe everything you read, then probiotics are a potential treatment for many of the digestive ailments that pharmacists commonly see in patients around this time of year.

The claims may be part of the reason probiotics have become a huge commercial success story in recent years – and an attractive product category for pharmacies.

According to market research firm Euromonitor International's 2016 report, the global probiotics market is forecast to grow by a compound annual growth rate of 6.6%, with supplements accounting for 10% of sales. The same report says growth in probiotics is also predicted to “outstrip all other food supplement categories”.

Often the headlines claim that probiotics – supplements and foods containing cultures of bacteria and yeast that are found naturally in the human digestive system – can restore the natural balance of bacteria in the gut. It’s also claimed that this in turn will improve digestive health after it has been disrupted by illness or treatment.

But with a range of probiotic supplements which pharmacies can sell, it is often unclear which claims are backed by the evidence, and which products pharmacies should stock. This is further complicated by the fact that probiotics are not regulated by the Medicines and Healthcare products Regulatory Agency, as they are classified as either foods or dietary supplements – not medicines.

It’s a question worth asking, as research from the UK’s Biotechnology and Biological Sciences Research Council estimates that establishing verified health claims for probiotics would support even further market growth. By its calculations, a 1% increase in sales would be worth an additional £2m a year to the UK market.

Despite a lack of clarity around certain claims, many community pharmacies do stock probiotics. The fact these products are often the focus of health news means that patients are more willing to try them, says Darshan Negandhi, director and superintendent pharmacist at Lewisham Pharmacy.

“[Interest] has been increased recently, with more awareness of the benefits of probiotics,” he says.

“It is something that pharmacists are more knowledgeable about, particularly for patients who may have long-term antibiotics or irritable bowel conditions,” he adds.

However, some pharmacists are still unconvinced. Royal Pharmaceutical Society English pharmacy board member Sid Dajani (pictured below) stocks probiotics at his pharmacy, Wainwrights Chemist in Hampshire. He says he gives patients probiotics if they ask for them – but he doesn’t tend to recommend them, on the grounds of insufficient evidence. 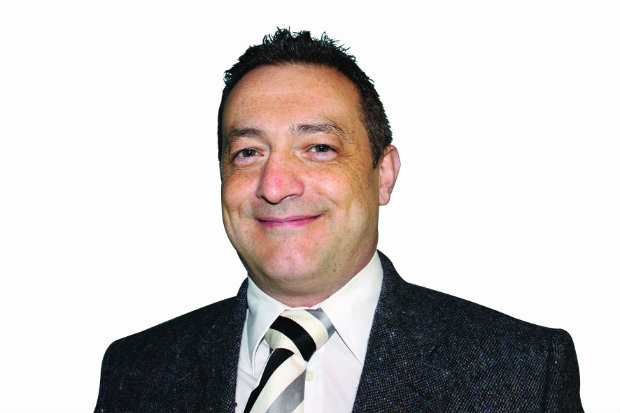 Mr Dajani feels probiotics “are expensive for what you get”. However, he adds: “If people ask for them, I tend to give it to them – but only because they don’t do any harm.”

The problem with the evidence

Dr Sushila Dalal is an assistant professor of medicine at the University of Chicago – a major global centre for research into how bacteria and other microorganisms in the body interact with the immune system.

She says that the studies into probiotics offer “moderate” evidence. “We could certainly use prospective studies that are better controlled. The studies are really heterogeneous with regards to the dosage of the probiotic, how it was given, whether it was properly placebo-controlled, and whether [they were given to patients taking] inpatient antibiotics or outpatient antibiotics,” Dr Dalal says.

One of the major flaws with the research is the confusion regarding dosage. For a probiotic to have an effect, it needs to withstand the acidic environment in the stomach to reach the gut in sufficient quantities to start colonising the area.

“I think knowing how much active ingredient you are getting even if you are taking the same product over time is difficult, and we don’t really have good data at this time,” Dr Dalal argues.

Probiotics can only be effective in adequate amounts, so patients should be advised to look out for a probiotic supplement’s colony forming units (CFU) count. This is the total amount of all bacteria in the product (see below).

What to look for when stocking probiotics 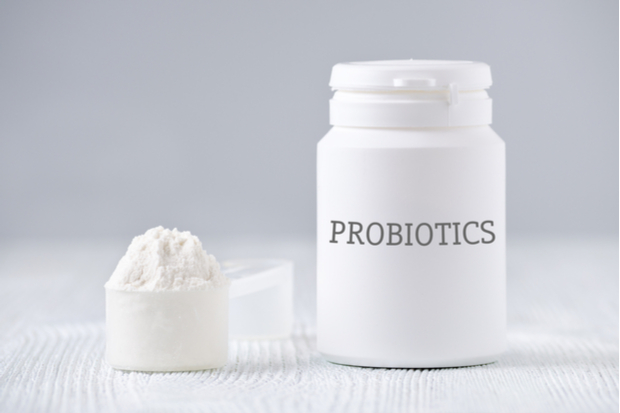 According to Dr Ashton Harper, head of medical affairs at probiotics manufacturer Protexin, probiotics being sold should have information on the colony forming units (CFU) in the dose, and pharmacists should be aware that studies with doses less than 1010 CFU tend to be unsuccessful. Probiotic products should carry information on the CFU at the end of their shelf-life – rather than the CFU at time of packaging.

The health claims for probiotics are scrutinised by the European Food Safety Authority (EFSA), which is responsible for regulating which strains of probiotics can be marketed across the continent. The EFSA has rejected all of the health claims made about probiotics, arguing there is insufficient evidence to justify stating that any probiotic on sale can be used for a particular complaint.

Despite these reservations, the safety profile of probiotics is good, Dr Dalal claims. “I think selling them in pharmacy is fine, as they are so low risk for patients. You can get probiotics in food, and in that regard I think it is perfectly appropriate to have a probiotic in a [pharmacy],” she adds.

What should you advise?

So what guidance is there about the use of probiotics in the UK, and what should you advise patients? C+D took a closer look at the claims for probiotics, and the evidence for them.

While there is generally quite a poor understanding of the causes of this condition, there is some evidence that taking probiotics can prevent diarrhoea associated with Clostridium difficile infection, in patients “who are not immunocompromised or severely debilitated”, according to researchers at the Cochrane Library.

The facts: The NHS advises patients that probiotic use can shorten the duration of diarrhoea in children with gastroenteritis by about a day.

These recommendations follow those of the European Society for Paediatric Gastroenterology, Hepatology and Nutrition (ESPGHAN), which published a paper in 2014 concluding that the probiotics Lactobacillus rhamnosus GG and Saccharomyces boulardii can be used in young children with acute gastroenteritis, in conjunction with rehydration therapy. 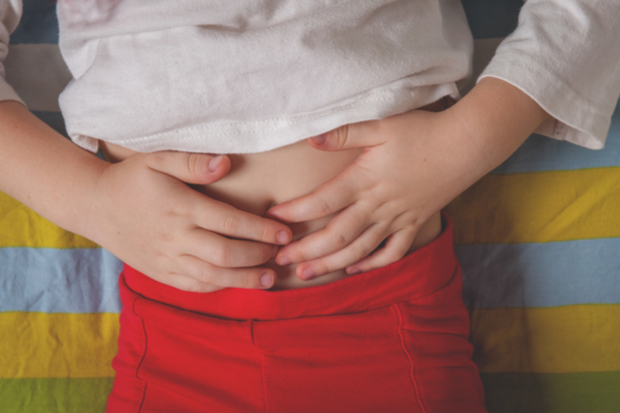 However, these recommendations are partly made on the basis of a good safety profile, and the society still concludes there is a “low quality of evidence” for probiotic use.

Dr Ashton Harper, head of medical affairs at Protexin, a UK manufacturer of probiotic supplements, explains: “Probiotics in general have a very good safety profile. These two strains have been recommended because they have been around for a very long time.”

The facts: The NHS advises patients that there is little evidence of the effectiveness of probiotics in treating irritable bowel symptoms. It recommends that if people do wish to try them, they should follow advice from the National Institute for health and Care Excellence, and take them for at least four weeks while monitoring the effect.

The facts: Dr Dalal says there is not much evidence that probiotics help people with either ulcerative colitis or Crohn’s disease – her area of research expertise.

However, one of the more interesting uses for probiotics is in the treatment of pouchitis. This condition is caused by an inflammation of the ileal pouch in people who have had a colectomy (surgical removal of the bowel). The probiotic VSL#3 is one of the few which has a medicine license in the UK and is marketed for this specific use, for which it is available on prescription.

The fact: The NHS advises patients that there is some evidence that Lactobacillus acidophilus can reduce symptoms such as flatulence and stomach cramps. 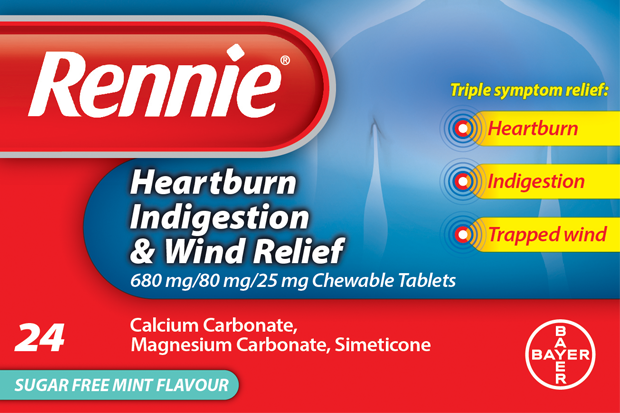 Rennie Heartburn, Indigestion & Wind Relief is a triple combination tablet which is being supported by a "multi-channel marketing campaign" this winter, according to manufacturer Bayer.

Anti-foaming agent simethicone causes gas bubbles associated with bloating to join together, so they can be passed from the body more easily, it says.

The formulation of the product does not enter the bloodstream and can be taken during pregnancy or while breastfeeding, Bayer adds.

Crohn’s disease
08/12/2016 | 3 | CPD
0 Comments
Question:
What do you recommend for digestive health?
Login or register to post comments