Is there any way to avoid errors over similar packaging?

Sometimes dispensing can feel like a game of 'spot the difference'

Packaging similarities are a common source of errors – so what can you do to avoid them?

A pharmacist being prosecuted for a dispensing error strikes cold, hard fear into the hearts of the profession. So pharmacist Martin White’s four-month suspended prison sentence for the dispensing of propranolol instead of prednisolone reverberated around the sector in the final days of 2016.

Worse, the factors contributing to his mistake have all been heard many times before. Of course, they included working conditions and tiredness – ongoing issues that the sector has been grappling with for many years.

But then there was the similar packaging of the two medicines, a problem that sounds positively prehistoric.

In fact, it was a mix-up between propranolol and prednisolone that led to the most infamous dispensing error case of recent history: the conviction of locum Elizabeth Lee in 2009.

Surely this issue should have been stamped out by now? 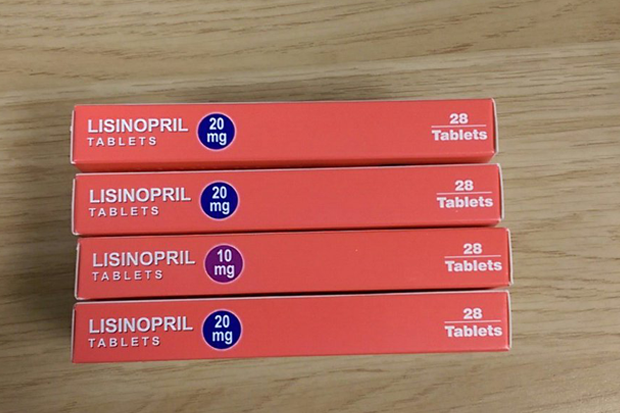 Yet C+D continues to receive reports of near-identical packaging of different drugs – and the pictures to prove it – from frustrated pharmacists.

This is backed up by the National Pharmacy Association’s (NPA) quarterly medication safety officer (MSO) report, which suggested in February that “medicines with a similar-looking or sounding name” continue to be “the most important factor for reported errors” – responsible for 62% of all reported incidents.

So what can you do to avoid errors and safeguard your patients?

These are the ones I posted earlier - no errors made so far, but waiting to happen... pic.twitter.com/s104W252kf

The first step is knowing who the common culprits are. You can identify them from your own dispensing error and near-miss log, as well as from sources that draw together the experiences of many pharmacies, such as the MSO report and the NPA’s and Numark’s lists of similar-sounding medicines, both available to members.

Having identified the likely offenders, you can then take steps to try to avoid mix-ups and remind pharmacists and staff to take extra care with them.

It all begins with “good old staff training and awareness, by airing the issues”, says James Wood, managing director of Whittington Pharmacy in north London.

Numark information pharmacist Hilary Cunningham stresses that every member of the team needs to be aware of the possibility of errors – not just at the point of dispensing, but when stock deliveries are put away in the pharmacy.

Your dispensary layout can help, suggests Kit Tse, board member of the PharmaBBG partnership of Bexley, Bromley and Greenwich local pharmaceutical committees. You can store “similar-looking stock in separate locations within the pharmacy”, he explains.

Technology can provide an extra safety net, at a price. For example, says Mr Wood: “Some pharmacy systems have a scanning device, so you can scan the barcode. That’s another safety check.”

The upcoming EU requirement – assuming it's not derailed by Brexit – for every pharmacy in the UK to scan medicines barcodes at the point of dispensing will strengthen this, he adds.

Amish Patel, owner of Hodgson Pharmacy in Kent, chose to improve safety by investing in a pharmacy robot. The robot is "a good way of reducing picking errors, particularly those caused by similar packs, because [it] doesn’t make that mistake," he says.

You can also choose your suppliers, and the liveries and brands you stock, to try to avoid lookalike packs. Mr Wood believes that some medicine manufacturers “have got a lot better”.

It's becoming more common for manufacturers to work with pharmacy professionals to improve their packaging. Victoria Steele, head of clinical governance and professional standards at Lloydspharmacy's parent company Celesio UK, describes how manufacturer Northstar held a workshop with the multiple in September, which “looked at how different pack designs impact the work of dispensers, technicians and pharmacists”.

No chance of a dispensing error being made there. None whatsoever... @MHRAmedicines pic.twitter.com/qReYLuFL8f

Drugs watchdog the Medicines and Healthcare products Regulatory Agency (MHRA) investigates complaints about packaging through its Product Information Quality Unit. The MHRA has produced guidelines for approving pack designs and in April, it published a blog post with advice for manufacturers about how they can avoid complaints of this nature. Suggestions included planning an effective colour chart for a growing portfolio, as well as involving healthcare professionals in the design process.

Mr Tse and Ms Cunningham both stress the importance of logging and reporting all errors and near misses, including contributing factors. Not only does this create a learning environment in your own pharmacy, but it adds to pressure for a "rethink by manufacturers over time”, says Mr Tse.

Ms Cunningham points to chloramphenicol eye and ear drops, which the MHRA investigated after now-disbanded lobby group Pharmacy Voice raised the issue of repeated pack confusion in 2013. The complaint resulted in different pack colours and the inclusion of prominent images of an eye or ear on the relevant product.

However, Ms Steele warns against oversimplifying the factors behind a dispensing error or near miss to the most obvious culprits, of which similar packaging can be one. “It’s important to bear in mind that there are many other factors that can contribute to dispensing errors, such as phone calls and other distractions from colleagues or patients,” she explains.

“If an error involves similar-looking packs or names, there can be a tendency to attribute the incident to the pack, rather than digging deeper to consider all contributory factors.”

That said, Ms Steele believes more can be done to reduce the risk of similar packs being blamed for an error. For example: with “so many drug names having consistent beginnings and endings”, she suggests that ‘TallMan’ lettering – capital letters in the middle of a word to draw attention to the differences in names – “could help”.

“Another option would be to use consistent colouring for high-risk medicines, in the way it is done for warfarin – where both pharmacist and patient know what the colour of the different strengths [are].” However, she adds: “It would need careful research.”

Pharmacists and their teams must continue to be aware of all issues that contribute to errors, including doing what they can to avoid those caused by similar packaging. But manufacturers and regulatory authorities must act in kind to reduce the problem.

In the words of the NPA's Ms Hannbeck: “We need to check properly, we need to make sure that we don’t have that lapse in concentration. But anything that could help reduce the number of errors, why not do it?” 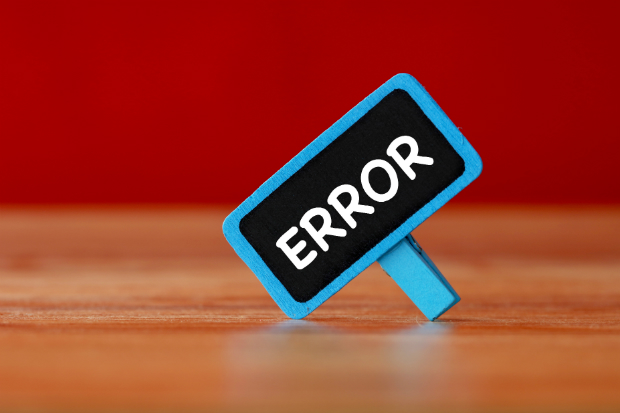 The Wellcome Collection in London is holding an exhibition, Can Graphic Design Save your Life? which among other things will "consider how graphic designers deliver clear healthcare instructions to consumers through carefully designed colour coding systems, written instructions and pill packaging". The exhibition opens on September 7.

The problem with drug packaging is that most packaging is aimed at manufacturer (rather than Brand) identity as a priority with cost as a secondary factor. No manufacturer has, to my knowledge, been brought to task for the limitations of their design being held responsible for causing dispensing errors.

However from assessing many errors in the past, the greatest cause of wrong strength errors was due simply to having the different strengths adjacent to each other on a shelf, selecting incorretly and then not re-checking afer several packs had been selected. There is always, when busy, the problem that  checkers assume that the person they are checking has not made an error. However current packaging helps such errors occur and does nothing to prevent them.

While accurate checking and re-checking  is, and always will be, an absolute requirement, until some official policy is put in place to restrict the similarity of packaging of products and their different strengths, these errors will continue to occur. Drug companies should see that this can, in the end, also be of benefit to them .

An alternative would be to go the route of cigarette pakaging - a totally bland uniformity that would require and impose rigorous checking as an abolute. A pure white pack with nothing  but the essential drug name(s), strenth and other essential medical details outside but with all the non-essential company details hidden  away on the inside of the packing.

Why would any manufacturer of medicines give entirely different products identical, or almost identical packaging? I appreciate that getting a packet of tablets from a shelf is not, in itself, the most onerous task, but it seems wholly unneccessary to introduce hazards which could be avoided and then place the onus on us to avoid the dispensing error. Feels like someone giving you a loaded gun, asking you to point it at your own head, pull the trigger then dodge the bullet!

Perhaps the companies themselves should be sued occasionally for irresponsible package-labelling.  There's only so much 'careful reading of the product' one can do when checking upwards of half a thousand items a day Mr Gordon.

With similar packs the problem can be started when the order is checked in and packs are put in the wrong location. It is often the most junior staff that are tasked with checking the order.

Since there are more drugs than colours of the rainbow, I think all drugs should be similarly packaged which will serve to make pharmacists and dispensers read the packet carefully everytime. I think similar packaging encourages these 'look but not see' errors, because the pharmacists or dispensers make assumptions by glancing at the package rather than reading the information.

in answer to the article's title..

yes, by careful reading of the product

millions of items precribed monthly, most of them correctly

Probably not the best headline photo to use given that Concordia (who own Focus) can't even get their bar codes correct (http://psnc.org.uk/our-news/class-4-mhra-drug-alert-error-with-the-barcodes-on-selected-batches-of-8-medicinal-products-focus-pharmaceuticals/).  You'd have thought that after increasing prices by a couple of thousand percent, they'd have been able to employ someone to sort this sort of thing....