It’s fair to say I hadn’t given much thought to how pharmacies operate across the channel until last year. But that all changed in October, when health secretary Matt Hancock exclusively told C+D that he wants to see a move towards the French model for pharmacies, “where they do more”. His department went on to explain that pharmacies on the continent offer a wider range of services and play a stronger role in their communities.

The issue is clearly still high on Mr Hancock’s agenda – the health secretary tweeted C+D in May to tell us he had recently met with his French counterpart, Agnès Buzyn, to discuss their pharmacy model further, and he even dropped in a reference to the “French model” during his address to the National Pharmacy Association conference last month.

To get an insider’s view of how the model works – and why Mr Hancock is such a fan – I interviewed French former pharmacist and pharmacy representative Anne-Hélène Lebec on stage at the PharmacyForum conference in Spain in June. As executive director for pharmacy network Giphar France from 2013-19, Ms Lebec was responsible for communicating the strategy for this cooperative of 1,300 pharmacies at a time of change for the sector. She currently works on behalf of pharmaceutical companies in France, who want to strengthen their relationships with pharmacies.

Our wide-ranging conversation gave an intimate insight into the French model – and the reasons for its success.

You can listen to the interview in full in C+D’s podcast:

One of the most distinct differences from the UK is the lack of any pharmacy chains in France. In fact, regulations require that pharmacists can only directly own one pharmacy outright, and must serve as either its superintendent or responsible pharmacist.

While opening up the pharmacy market to larger operators is sometimes mooted, Ms Lebec says there is little external pressure from the government or health authorities. Pharmacies are keen to maintain the status quo. “They really are independent pharmacists and they want to keep that freedom.” 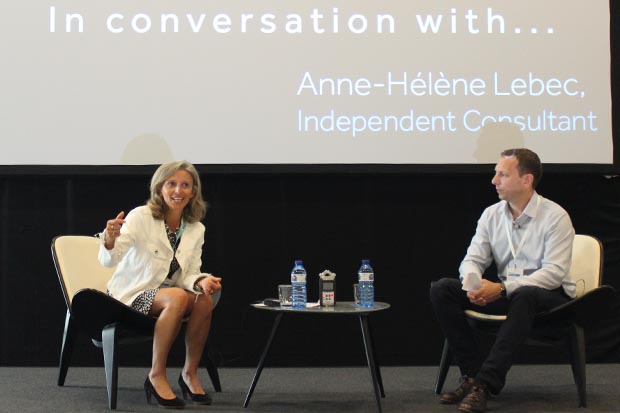 Some coordination between these independently-minded pharmacies is still required, of course, and networks such as Giphar play a key role in this. Pharmacies may choose to join these groups to increase their purchasing clout, “but also to help them to go into a new direction – providing health services to their customers” (more on that later).

UK pharmacy owners will be able to sympathise with the plight of their French equivalents, who for “years and years” had been tied to a dispensing-based contract unresponsive to falling medicines prices.

“Prices of medical drugs were decreasing, [so] the margin was also decreasing,” Ms Lebec remembers. “The economic model for pharmacies was in danger.”

This is where French pharmacy’s two trade unions – which together negotiate the sector’s funding – came into play. They told the health authorities that pharmacy accepted it must help to cut costs, but it needed other sources of revenue.

The first of these new pharmacy services was interventions for patients on certain asthma treatments. French health authorities considered these to be “critical” treatments that were misused by patients, Ms Lebec explains, resulting in “lots of side effects and costly hospitalisations”.

“They wanted to allocate the same amount of these drugs, but better control [their] usage,” she says. These interventions focused on a set of questions designed to take around 30 minutes, for which pharmacies were initially paid €40. There may have been bugbears – such as pharmacists waiting eight months for payment – but it was “the first step” towards a new remuneration model.

The floodgates soon opened for a range of pharmacy services, including extra payments for extended interactions with certain patients – such as the elderly and the young. Needle exchange programmes, rapid testing for HIV, distributing colon cancer testing kits and generic substitution have all been added to the list.

A recent development in some areas has been flu vaccinations. While previously the vaccine was only available from local doctors and nurses, in recent years pharmacy vaccinations have been delivered across four out of 18 health authorities.

“[This] has come through an experiment over three years, in which pharmacists were challenged to increase the vaccination coverage, because the situation was quite bad,” Ms Lebec explains. As in England, there was initial resistance from GPs, but this was eventually overcome by a concerted communications campaign.

The three sources of funding for French pharmacy services 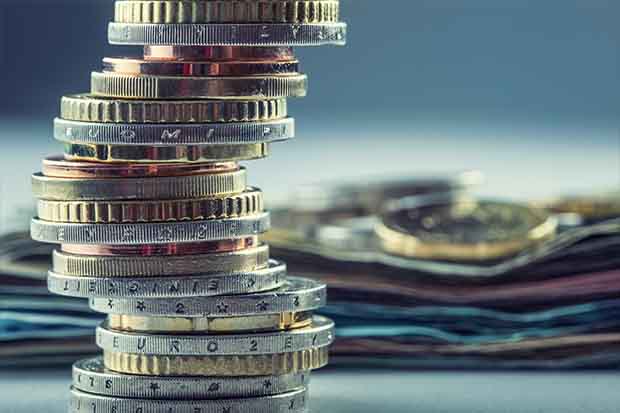 France also has its own version of medicines use reviews. “As long as [they are on] a minimum of five drugs, you can have about an hour-long interview with your patient and you are paid around €60 by social security.” This pricing isn’t accidental – it equates to “about €1 a minute for the pharmacist”, Ms Lebec says.

Taking pharmacists into the consultation room for an hour at a time comes with its own issues, however. “If the pharmacist is interviewing or working in the back office for a medicines review, they are not [dispensing] drugs at the counter,” she explains.

“As you can imagine, you need two or three pharmacists [per pharmacy] to be able to perform this type of service. This is a big change in the way the pharmacies are organised.”

This means the future of smaller, independently-minded pharmacies is “a bit problematic”, she says. One possible solution is for them to move so they are closer to other pharmacies, she suggests. 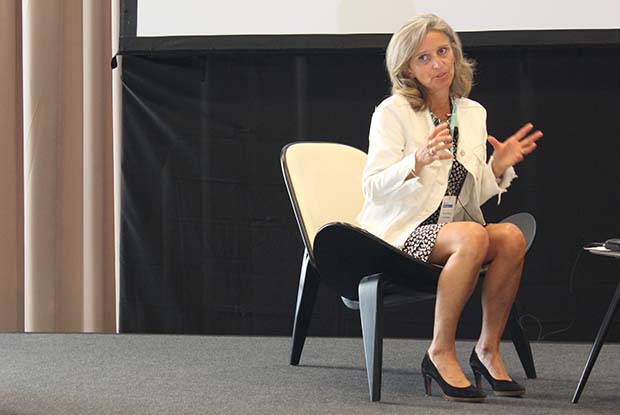 Other practical ways to solve this problem have also been tested. Some pharmacies have dedicated slots on their website where patients can book in an appointment with a pharmacist of between 20 minutes and an hour, which is then confirmed by a text message.

“It is totally different to the way they used to work,” Ms Lebec says. “You have to better organise yourself and your team, so you can dedicate a pharmacist for patient interviews for part of the day.”

With demand for services in pharmacies only expected to increase, networks such as Giphar are playing an increasingly prominent role. “All the market research shows that about 60% of French pharmacy customers expect health services. The situation is favourable, because authorities need the pharmacies to save costs or to better coach the patients.”

The political, institutional and cultural landscape in France all seem more attuned to growing the sector’s role than in England, for example. French health secretary Agnès Buzyn is a medical practitioner, with a genuine understanding of the potential for pharmacies. “She used to work in hospitals, so she knows exactly what pharmacies can contribute to medicine changes,” Ms Lebec says.

Meanwhile, pharmacy's two trade unions are “very active”, constantly in discussions with the government and health authorities. Ms Lebec expects to see funding agreed for six-month smoking cessation schemes, while a rise in expensive drugs coming to pharmacies – which have lots of potential side effects – means the pharmacist’s role will remain “key”. 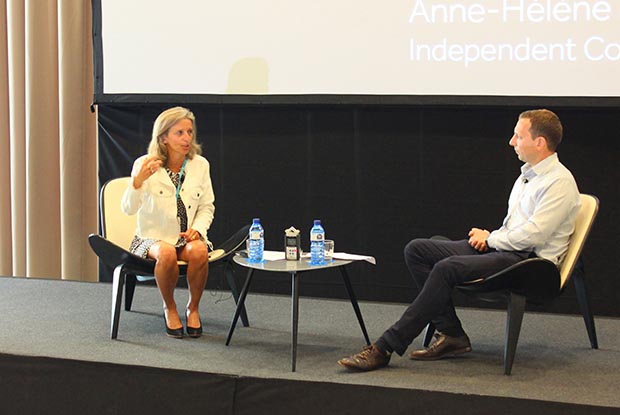 “Each time you have a particular experience [with a service], you have a weapon to better negotiate with the government,” she says. “Even if it’s not perfect, if it takes time, if it’s not well paid or training is needed – you do it, you prove it, and then you negotiate.”

Another bonus for French pharmacies is that for the last decade they have had access to a shared patient medication record – le dossier pharmaceutique – which is now funded by the French health regulator. “That was something very positive, because it’s systematic,” Ms Lebec says. “You save all of the data [on] prescriptions and medical drugs that the patient has taken – even for throat tablets. It’s stored for four months in a common database, so every pharmacist can get access to it.”

Arguably the most fundamental difference from the UK is that French pharmacies have the exclusive right to dispense all medicines. While there has been “strong pressure from supermarkets” to move some drugs out of the pharmacy, the government will protect the right as long as pharmacies' activity continues to align with French health policy. 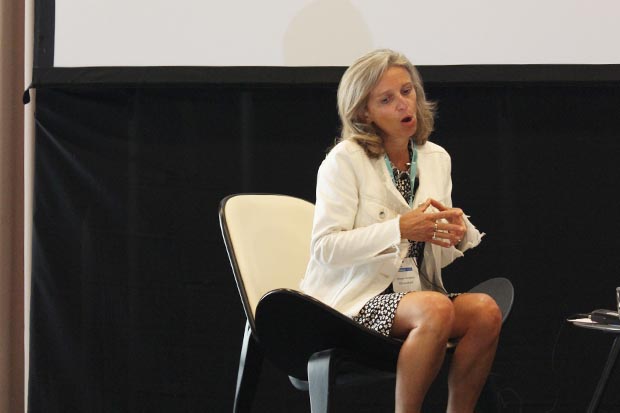 Fundamentally, politicians understand that the “economic model of pharmacy should be preserved”, Ms Lebec says. “We still have a lack of clinicians, [so] the pharmacist is a solid pillar for the health authorities.”

With backing from politicians and patients, well-funded services and no competition from supermarkets, is life one long soirée for French pharmacists? “I don't know how it is in the UK, but they are always complaining in France,” says Ms Lebec, with a smile. The main subject of their ire is the administrative burden, she says.

But even when it comes to this seemingly universal annoyance, the “government has entered into a way of simplifying” the pipeline of new services. “As soon as the pharmacies have proven their abilities to implement a service, they can negotiate to have better funding or be paid earlier.”

So what is Ms Lebec’s advice for pharmacies in the UK, who are either grappling with funding cuts – as is the case in England – or making tentative steps to deliver a wider range of services?

Experiment with service pilots, prove you can get results and present them via your representatives, she says. In addition, ensure your negotiators are organised and don't overcomplicate things by becoming “very specialised”.

“Say to health authorities: ‘We are able to do it, we are saving [money], this is for the benefit of the patient. Even if it is not perfect, negotiate.”

Hancock wants pharmacists to provide more urgent care, ‘like France’
21/06/2019 | 11 | News
4 Comments
Question:
What do you make of the French model of pharmacy?

No multiples and no dispensing doctors. Bliss

In my opinion, we are much much better in terms of provision of services compared to the French. I don't see anything outstanding in their model apart from the "" One Pharmacy- One Pharmacist"" ie. corporates (specially with wholesaling) can't just have major share. If this can be implemented in England then we can see a better Pharmacy environment.

Mr. Hancock does not need to look anywhere else. Just fund the services properly and we can deliver better than anyone in the world.