Negotiating locum rates: please can we have some more?

Locum rates vary widely. So how can you ensure you get paid what you deserve?

With such variation on offer, locums need a strategy if they are to maximise the pay they receive. With this in mind, C+D talked to locums and agencies about the tricky topic of negotiating a rate.

Finding out what others are paid is a necessary first step. Social media platforms and discussion groups can be good ways to research rates that employers are offering, and locums are demanding, around the country.

“Everyone discusses their [locum] rate” on the 300-strong WhatsApp group that Essex-based locum Maria Mohseni (pictured below) is part of, she says. “Speaking to other locums" is a key part of finding out what you can charge yourself, she explains.

However, “people probably exaggerate” one way or another, so jobs websites are another good indicator, she says. 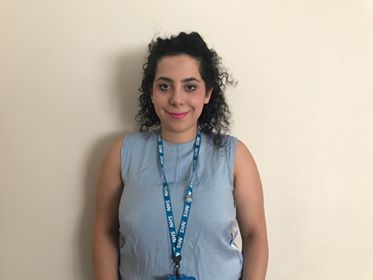 Dipesh Patel (pictured below), co-founder of booking platform WeLocum, says pharmacists need to be aware that supply and demand is a key driver for the market, and that location means they won't necessarily get the same as others. 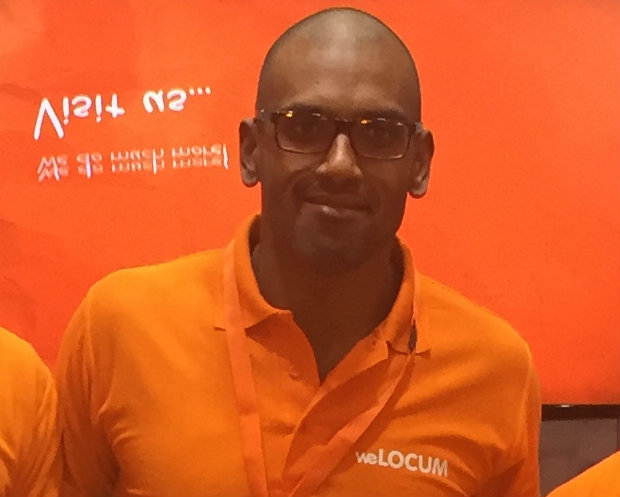 For example, a locum in London who “hears a locum elsewhere is getting £35 per hour” may want to “push” for a higher rate. But the oversupply of pharmacists in the capital means that's unlikely to happen, he warns.

Miraj Patel, CEO of commissioning platform My Locum Choice, agrees that some areas are “highly saturated with locum pharmacists”, especially those areas which have schools of pharmacy.

What should locum rates reflect?

While supply and demand in particular areas are important drivers of rates, other important factors include:

Ms Mohseni says that in the past she was paid the same for both day and evening shifts, but doesn’t “think it is ideal”. “Antisocial hours” deserve a greater reimbursement, but she personally has “not experienced it”, she adds.

Tohidul Islam, founder of agency The Locum Pharmacist Cooperative, agrees that weekdays and weekends should affect rates. He considers £21 an hour a suitable starting rate for weekdays, as it is “around the national average”, while “£25 is a minimum on the weekend and emergencies”.

Locum experience is another key issue, he stresses. He envisages a three-tier system, with highest rates for pharmacists with "lots of experience," a middle rate for "the ones who don't have that much experience and don't have the managerial experience, but are very good pharmacists", while "anyone who is new to the country and doesn't know the systems get the bottom-tier rate".

Miraj Patel (pictured below, right) agrees that experience is key, and that those with more experience can charge more than newly qualified pharmacists. Locums need to ensure they meet the "minimum requirements" of being able to carry out medicines use reviews, the new medicine service and flu vaccinations, he adds.

Locums who can't offer this "are unlikely to get work [and] if you do get work, it will be at the lowest rate".

Mital Thakrar (pictured below, left), co-founder of education and training company Team PreReg, says higher rates based on service delivery have benefits for employers, as it “is a good incentive” and “extra motivation” for locums.

However, there are "two sides", he points out. "My argument is: should a pharmacist need monetary motivation? Because effectively you can consider [conducting services] as their responsibility." 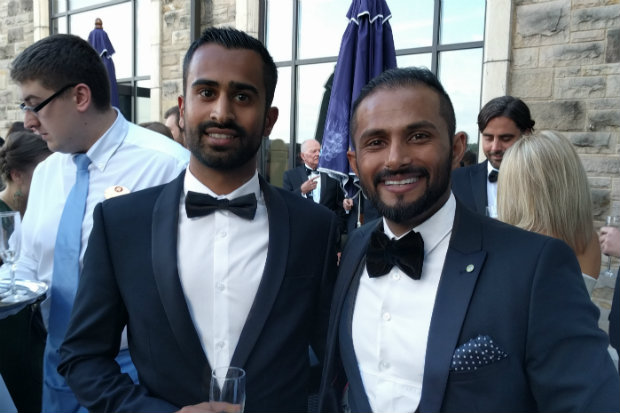 Mr Islam believes attaching rates to services “is a bit unfair, because you can’t guarantee the right [patients] will walk in”. He says locums should not make promises about what they will achieve.

Dipesh Patel thinks locums should set themselves a “base rate”, and that fees for additional services should not be built into this rate. “They are still an advanced service, so you don’t have to do [them]”, unless it's in “the patient’s best interest”, he says.

A fear of negotiation

Some locums may be reluctant to ask for higher rates, perhaps due to a fear of being refused work in future.

Ms Mohseni says she prefers to avoid negotiation, because "I don't want to be asking for money", and will simply turn down or not apply for a job that is offering "less than the ideal rate I would want". However, on one occasion when she did negotiate, "I have been able to bring my rate up about £5-6 more an hour".

Miraj Patel says it has been “tough this past year” for contractors, as they have less “cash flow due to the [funding] cuts” and pharmacies are “conscious about how much they are paying”. It all adds up to a tougher environment to negotiate increased rates.

However, he has noticed a shift in attitudes among locums. "I think that fear [of negotiation] has dwindled in the last year. I have had a lot more locums come back to me saying, 'I don't want to work for that, this is the rate I want.'"

Locums who want to negotiate need to “be realistic with what you are asking for – base it on workload, day of the week, and location”, says Mr Thakrar. “If you feel you deserve more, ask for more,” he says. But he advises locums to first put themselves “in the shoes of the contractor” to understand their viewpoint.

The role of agencies

Locums may get new shifts through booking platforms or locum agencies. The latter normally have a wider reach than individual pharmacists, but working through agencies may mean locums can’t negotiate rates directly.

“I think agencies should get involved a little bit,” says Miraj Patel. At My Locum Choice, he will post a shift and if a locum is interested, but would prefer an increased rate, he will then speak to the contractor. “Nine times out of 10, we are pretty successful,” he says.

Mr Thakrar says that if an agency can negotiate, they are more likely to do so “for a locum who is of a certain quality”, as it “could affect [the agency's] reputation” if they press for more money for a pharmacist who doesn't do a good job.

Dipesh Patel says WeLocum created a system that removes the intermediary. Locums can “negotiate from the [website's booking] dashboard directly”, allowing both the locum and the employer to find a suitable rate.

Whether managing directly or through an agency, being able to provide extra revenue streams – for example private patient group directions – is a good negotiating tactic, Mr Patel continues. If you are able to bring this to a business, then “you should be paid a little bit more”.

Mr Islam says regular shifts in the same pharmacy allow you to build up a case for deserving increased pay. Locums can “show employers their value-for-money as the main pharmacist”. You can use figures from the pharmacy to demonstrate that you have contributed to increasing their income.

Dipesh Patel adds that individual pharmacists should “have a range [of rates] they are comfortable to work in” and choose shifts that meet this. This could mean working at the lower end of the pay scale when a shift is nearby and convenient, but asking for extra if the work is likely to be more challenging or outside normal hours.

The key thing is to be able to back up your claim, and differentiate yourself. In the words of Miraj Patel: "Anything that can make you stand out is a bonus."

Pharmacists who are experienced, able to offer good services, and manage the shop "need to have that frank discussion with their employers and say: 'I've done [this] for the business up until now, and I think I should get a high rate to reflect the work ethic I have shown.'"

Negotiation can be an opportunity

In the face of increased financial pressures, locums may worry about asking for more money. But negotiation provides an opportunity to prove your worth.

Locums first need to understand what rate they are willing to work for, and what experience they can bring to the pharmacy. Once they have done this, they will have a good footing to begin negotiating their desired rate. 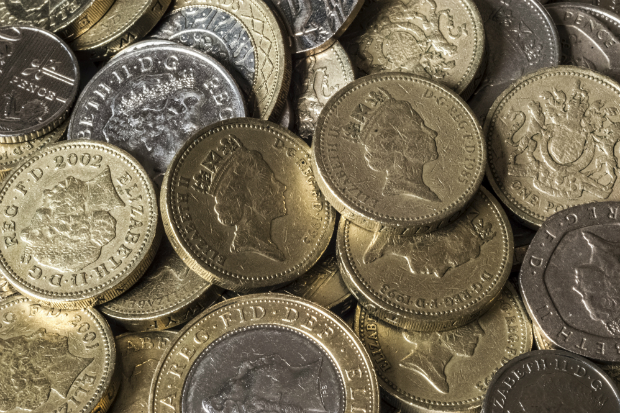 Search for the latest locum pharmacist vacancies on C+D Jobs

Does anyone know who decides if a locum is good/bad, or should return? The dispensing team! Basically if you dont chummy up to them and keep them sweet, they will call the locum board and ask for that locum to not come again, and the locum co-ordinator removes them from the books!

A single locum rate is no longer relevant in the pharmacy world. Good and hard working locums deserve more.

Ive seen screenshots from some of these locum groups on whatsapp and telegram which are totally unprofessional and will no doubt be of interest to the GPhC. Its not how a registrant should behave. Locums are collectively working together pushing the locum rate up.  If someone calls them out they get banned from the group. They are trying to push rates to 25+ an hour and in emergencies demanding as high as 40+, 50+. If contractors and multiples worked in this way there would be outcry. PDA are aware but chosoing to ignore as its no interest to them. These groups are a timebomb and can see some pharamcist getting into deep water as there is no control by the moderator and inappropriate messages are encouraged.

Experience seems to count for little as most multiples will only pay minimal rates as they can get younger less experienced pharmacists to work for less . Many independants or small groups are limited ,due to greater cash shortfalls from reduced NHS income, from paying more.

there is zero loyalty with Locum's.

Multiples tend to chose the cheapest Locum's, not the best Locum.

Agreed...and any minor complaints against you often results in termination of future bookings, even though most of your preceding work was good...This is what creates so much discontent in our profession now....

Hmmmm I wonder what boots will say/do. Actually I've just read it. They're intrucing Technician diplomas or whatever else it's called this month so they won't need locums or any pharmacist for that matter.

That will be the death of pharmacy. I hope our newly elected RPS president and the gphc will fight for the profession and ensure remote supervision does not become a reality

You're more likely to find a pot of gold at the end of a rainbow after flying there on a unicorn.