Why we allied with GPs to beat last year's flu figures

The pharmacy at Charing Practice in Ashford, Kent, delivered 1,682 flu vaccinations in 2015-16 – the most of any pharmacy in the country.

And yet it didn't even make the NHS Business Services Authority's list of pharmacies which delivered vaccinations last flu season. So does this mean it turned its back on its flu successes?

Quite the opposite. “We actually did more than the previous year,” says superintendent Antonio Monachello.

The reason the pharmacy didn't appear on the pharmacy-only list was because the team decided to “spread the workload” with its partner GP practice, “to take the burden off the pharmacy team” and “make it more convenient for patients”.

The decision for the pharmacy and practice teams to join forces and both deliver flub jabs is in stark contrast to the so-called 'flu wars' that some C+D readers had reported with nearby GP practices, including cases of certain GP surgeries using dubious tactics to discourage patients from getting their jab at a pharmacy.

Mr Monachello says it “became more of a team effort this year”, with pharmacy staff, nurses and GPs all contributing to the estimated 2,200 vaccinations delivered.

By not being solely focused on offering flu jabs, the pharmacy team was able to “spend more time looking at medicines optimisation”, he explains.

This included doing more medicines use reviews and new medicine service consultations on behalf of the surgery, “which is something we perhaps didn’t focus too much on in the past”.

The shared approach to workload has helped to reduce prescribing costs, minimise medicines wastage and free up time to deal with over-the-counter queries, “rather than being locked in a room doing flu jabs”, he continues.

So what's next? Mr Monachello qualified as an independent prescriber this year, and says he is "potentially looking at new models [and] services we can offer”. 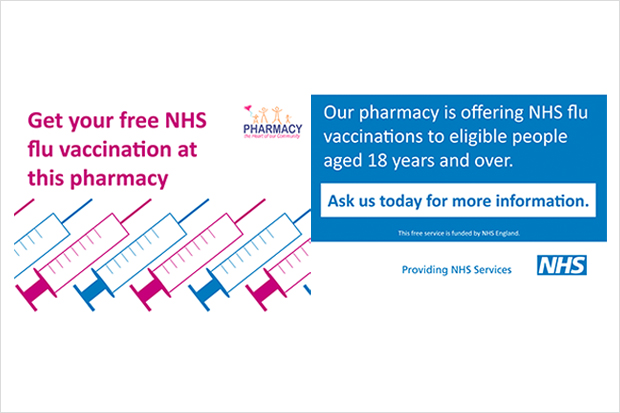 Why is there no response to these questions?

Every year we have to mess about waiting for the right PGD to land before we can vaccinate even if we have vaccine in stock and this is what some people are doing?

If a vaccine is administered in a pharmacy, by a pharmacist then surely it should be run using the pharmacy PGD, using the associated paperwork and approved notification systems.  A prescribing pharmacist might have more autonomy but did he administer all of the pharmacy-based vaccines? This is heralded as team work, but is this really the case? If I owned a pharmacy in town would I be welcome to vaccinate their patients as part of the 'team'?

If they play this fast and loose with the rules then I just wonder who's doing the MUR's?!

I never thought of that John. If the pharmacy bought the vaccines and then claimed VAT back on them, but they were 'personally administered' and attracted this fee then this is surely dubious practice.

This report is highly misleading. The GPs used the pharmacy to direct patients to the surgery where the flu jabs were administered for the greatest possible profit to the practice.

Isn't this conspiracy to defraud the NHS?

I think that if the vaccines were administered by a pharmacist in the pharmacy and the vaccinator is not on the surgeries PGD/PSD then I think you could be right.

Puzzling. The pharmacy owned by Charing Practice Ltd does not appear in the NHSBSA Advanced Service Flu Report for 2016/17, which means they did not claim for administering any flu vaccine. But the Superintendent Pharmacist claims they actually administered more than the previous year. This suggests that the pharmacy delivered vaccines were claimed as having been administered by the GP practice staff.

The practice and co-located pharmacy appear to be separate legal entities owned by the same GPs. Presumably they checked that there were no grounds for suggestions of fraud due to Fee manipulation or VAT irregularities before adopting this course of action?

This pharmacy is owned by the GP's that run the practice. The surgery are paid more to administer flu jabs than pharmacies are. It doesn't take a genius to work out why they did it this way.