Where does the sector stand on technicians supervising pharmacies?

In September 2017, C+D exclusively published detailed proposals to allow a “registered pharmacy professional” – such as a pharmacy technician – to supervise the sale and supply of pharmacy (P) and prescription-only medicines (POMs). These proposals had been submitted to a Department of Health (DH) programme board tasked with rebalancing medicines legislation, C+D learned.

According to the confidential documents, a working group, established by the UK’s four chief pharmaceutical officers, had suggested that a pharmacy technician should, in the pharmacist’s absence, be able to undertake the “supervision role” of determining when medicine supplies can go ahead, and “overseeing the activities of other, non-regulated, pharmacy staff”.

This highly-emotive subject prompted hundreds of comments from readers on the C+D website, and an eventual response from the DH, who stressed that it "will consult...a range of pharmacy stakeholders, including patients and the public" before amending current legislation to allow a “registered pharmacy professional” to supervise pharmacies.

So what do pharmacists and pharmacy technicians really think? C+D hosted a roundtable debate in November, bringing together both a past and present member of the DH programme board which discussed the plans – former Royal Pharmaceutical Society (RPS) president Martin Astbury, and Association of Pharmacy Technicians UK (APTUK) president Tess Fenn. They were joined by Dorset contractor and member of the National Pharmacy Association (NPA) and Pharmaceutical Services Negotiating Committee (PSNC) boards, Mike Hewitson, and managing director of Numark, John D’Arcy.

You can listen to the full debate in the podcast below, or continue reading to find out C+D's highlights from the event. 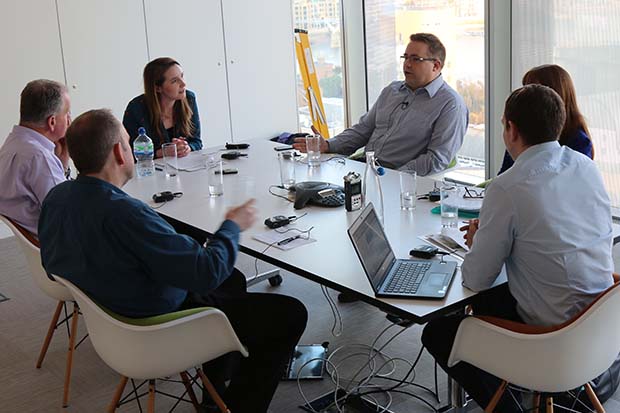 In the week before the debate – November 22-28 – C+D surveyed its readers to gauge what they think of the proposals put forward in the government documents.

Find out some of the reasons why pharmacists and pharmacy technicians are concerned about possible changes to supervision legislation here.

Attempting to explain pharmacists’ concerns, contractor Mr Hewitson said community pharmacists already feel “under siege” from large-scale automated dispensing, as well as the push to get more pharmacists into GP practices, and these supervision proposals are an additional “threat” to contend with.

“It is absolutely clear that this is part of an overall plan or strategy. You can see that quite clearly there is a desire to – in some respects – degrade the service and…decouple services from supply,” Mr Hewitson claimed.

He admitted that “you start to look like a conspiracy nut before too long”, but argued “trends” indicate “what the government is trying to achieve” is pharmacies “run by technicians or through automation”.

Numark's Mr D’Arcy claimed that much of pharmacists’ concerns around amending supervision law stems from the fear of making their role “redundant”.

"Anytime you mention supervision, it automatically gets translated to mean 'pharmacies without a pharmacist'," he said. “I would never advocate that, but I would have a discussion about how you can look at alternative models of doing things, and make better use of technicians."

Mr Astbury stressed that while the definition of supervision has “moved” during his professional career, pharmacy’s “pact with the public” is that “the gatekeeper to medicines is the pharmacist”, trained to a degree-level, with a pre-registration year. The ‘pharmacies without a pharmacist’ fear may not be unfounded, he added.

“If you alter [supervision legislation], the only new thing that will happen within that law is that you can then operate legally – and do [medicines] transactions – without a pharmacist.” 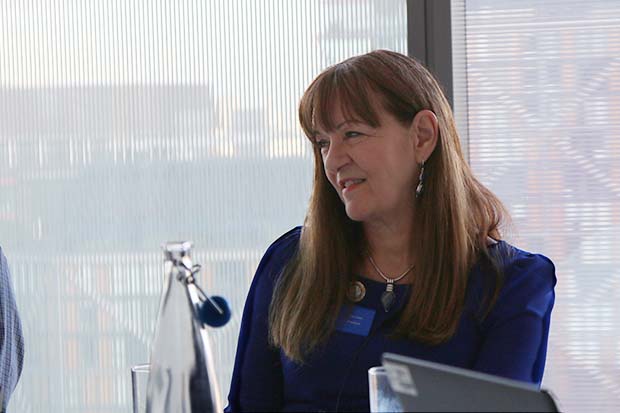 The delegates agreed it is important to consider the wider pharmacy context when discussing supervision. While community pharmacists face “threats from all sorts of different angles”, according to Mr Hewitson, Ms Fenn explained that many pharmacy technicians feel “held back” in community pharmacy and are “ready to take on this additional responsibility” of supervising medicines supply.

“Often they are leaving [community pharmacy] because they have aspirations and ambitions that they want to progress and develop,” Ms Fenn said. “Surely it is about recognising that is an issue, and [we should be] supporting a proper career pathway and development to keep them in community.”

Competencies proved a hot topic during the debate, and C+D editor James Waldron pointed out that the confidential documents suggest developing “a national UK competency framework/training programme to upskill pharmacy technicians to take on [supervision] functions”.

In response, Mr D’Arcy stressed that no pharmacist or pharmacy technician “should do anything beyond their competence”.

Mr Astbury suggested that a “formal recognition” – perhaps an annotation on the General Pharmaceutical Council (GPhC) register – for accuracy checking technicians, might go some way to allay pharmacists’ “nerves” around allowing them to supervise medicines supply and “release [the] skill mix” in pharmacies.

But Mr Hewitson said he is “slightly concerned about a blanket authorisation for pharmacy technicians”.

“In reality, the only way of me re-engineering [the] skill mix in my business would be to use accuracy checkers, not accuracy checking technicians, because it would take a minimum of two to three years to train somebody, even from the NVQ2 standard to the required point where they can check a prescription,” Mr Hewitson explained.

“That is great, but you lose people along the way, training takes longer, you get people moving in and out of employment – I find it very difficult to accept those sorts of handcuffs.”

Ms Fenn pointed to programmes from Health Education England and her own organisation, which are attempting to upskill pharmacy technicians for the future.

She stressed the importance of deciding what the vision is for pharmacy, and how the sector achieves that for patients, rather than "putting barriers up". 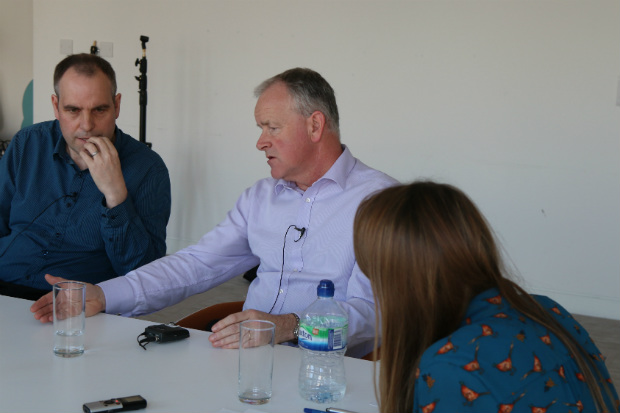 As part of the uncovered supervision proposals, the DH working group outlined two specific scenarios in which pharmacy technicians could legally supervise medicines supply – including the sale of “family packs of analgesics” and repeat prescriptions.

The prospect of amending current legislation to allow pharmacy technicians to supervise the supply of repeat prescriptions proved to be the more divisive scenario among the roundtable guests, as the “vast majority” of over-the-counter sales – as per the analgesics scenario – are already “happening under protocols…and a pharmacist is able to intervene if necessary”, Mr Astbury explained.

But when it comes to repeat dispensing, Ms Fenn questioned the difference between a delivery driver – “a non-registered member of staff without any qualifications” – handing over a repeat prescription to a patient, and a pharmacy technician taking on that role, if that repeat prescription has been “clinically signed off as being appropriate for that patient”.

“I can see that could be a task that could be undertaken by a registered pharmacy technician who has had training to an appropriate level,” she said.

Mr Hewitson said he probably sits on the more “extreme” end of the spectrum, in not feeling comfortable with pharmacy technicians overseeing repeat dispensing. Prescriptions often need a pharmacist to check how often patients are collecting their repeats and if they are using their medicines correctly, he said.

“I have seen repeat dispensing batches with methotrexate on, for example. Why was that on there in the first place?” he asked. 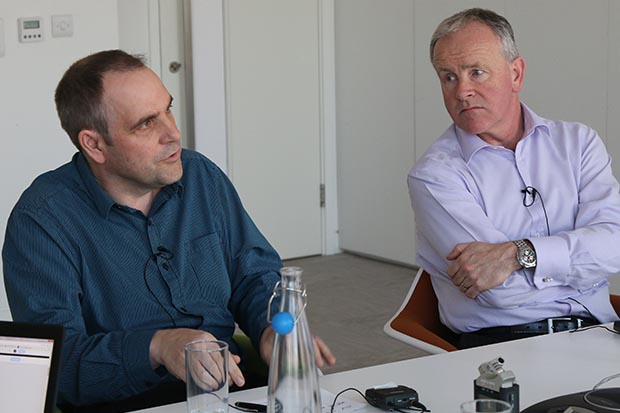 What next for supervision?

After an hour-long debate, the delegates did not come to an agreement on whether a pharmacy technician could ever be responsible for supervising medicines supply. But there was consensus among the group that “patient safety remains paramount” in any discussion about the future of pharmacy supervision.

Here are their closing words:

Tess Fenn: There needs to be more “flexibility” 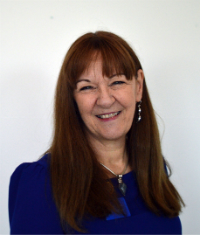 "For me it is about anything being an enabler in helping the pharmacy team deliver the pharmacy services that are needed.

"Flexibility is needed in the system to allow different activities and tasks to take place, where they can be delivered by the right person, with the right skills, the right competencies and at the right time. I think that changes in legislation around supervision could allow that flexibility."

Martin Astbury: Disturb the status quo “at your peril” 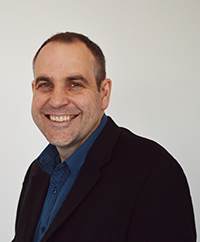 "[This is] very much about patient care. Ensuring that we have that pact with the public, whereby the gatekeeper to medicines is the pharmacist. The public know that is how pharmacies operate.

"It works well for 1.6 million daily interactions [in England]; one billion prescriptions. Those things are working well. You risk interfering with those things at your peril. There is no reason to be moving away from that at the moment." 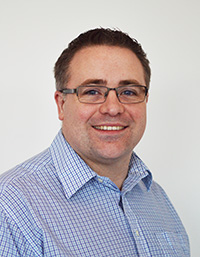 “Consultations from the government are often just a part of the process. From my perspective, engaging early and generating what has been a lively and healthy debate within the profession, is actually the right thing to do.

“It is my patients that I am concerned about. I feel that I am there to add extra safety into the process. You start to decouple the link between the pharmacist and the pharmacy – which I think is instinctively what the government is trying to do here – and that could be a really slippery slope to the future.”

John D’Arcy: “Let’s have a discussion in the round” 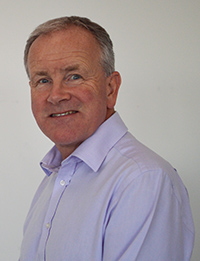 “It is great to have the discussion [on supervision], [it is] something we should look at and think about. But the debate will never move forward, it will always be sterile when it is held in a vacuum.

Technicians could oversee POM supply under ‘sensitive’ proposals to DH
13/09/2017 | 117 | News
7 Comments
Question:
Are you in favour of allowing pharmacy technicians to supervise medicines supply in principle?

Without specific details on what Supervision actually is, how can anyone make an informed opinion either way? There are way too many unknowns right now, and quite rightly fears about legislation, responsibility, accountability, limitations.

Perhaps the “board” can have an open honest discussion and The PDA which has the confidence of vast majority of pharmacists can represent pharmacists.

Pharmacists have lost faith in RPS and GPHC to represent us.

If supervision is pushed ahead without open honest discussions I can see patient welfare and safety being hugely compromised.

As a technician I completely agree with all of the comments so far as to NO. My whole point in the survey when I filled it in was that if I wanted the responsibility I would have become a pharmacist and as such if these new rulings are imposed I will consider resigning from the register.

NO! This cannot occur until technicians are legally responsible and then wheat is the ppoint of a pharmacist! I am willing to be sent to court for my own mistkaes but not those of others!

Absolutely NO. Technicians are simply that, technicians. They know the mechanics of pharmaceutical processes but do not have the depth of knowledge which a pharmacist possesses. Who would answer complex queries and who would be responsible for errors in such a scenario? If technicians want the above, then they should go and study for a pharmacy degree to obtain the correct qualification. No disrespect meant. It would be promoting individuals beyond the limit of their training

The GPhC seeks to amend legislation to push forward an ill thought out proposal such as this one. We need to bear in mind that each time legislation is changed, it's an expense to the public. The administrative work, parliamentary meetings and people needed to carry this out costs taxpayer money. In addition, the fee I pay to the GPhC (grudgingly) will be used to fund these ill thought out proposals. Why is the regulator pushing for this instead of using this money to push more vigorously for regulatory powers to enforce standards among pharmacies? Particularly the large multiples.