Mark Stone: "I am passionate about the role and the value pharmacists can offer GP practices"

C+D readers have been understandably wary of NHS England plans for more pharmacists to relocate to GP practices. Three pharmacists reveal what it’s really like to make the move

Having started her career in the community pharmacy sector, Sharon Maxted was headhunted to work in a GP surgery in 2005. She spent four years there before moving onto her current role in Coventry and Rugby clinical commissioning group (CCG).

Sharon remembers being keen to get into the GP arena, as she wanted to use her clinical knowledge rather than focusing on dispensing.

“I enjoyed being able to influence GPs’ prescribing, rather than trying to sort out the problem once the prescription had been issued,” she explains. “I could make the changes that were necessary immediately.” She was also able to see patients on a regular basis and build up a relationship with them. 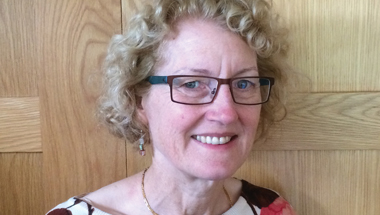 “I enjoyed being able to influence GPs’ prescribing, rather than trying to sort out the problem once the prescription had been issued. I could make the changes that were necessary immediately.”

The only downside was the somewhat isolated nature of the role. Sharon was not only the sole pharmacist in her practice but also the sole pharmacist employed by a GP surgery in the Coventry and Warwickshire region. As a result, there was no-one to peer-review her work. “There were a few others [pharmacists in similar roles] around the country, but it was quite lonely,” she tells C+D.

Due to the unusual nature of the role at the time, she also had to build understanding of her work among GP colleagues. Sharon remembers working to ensure she was seen as enhancing quality “rather than just being viewed as the cost police”.

But Sharon has enjoyed working across professional disciplines. One of the “joys” of being in a multidisciplinary team is that “everybody brings something different to the table”, she says.

She has also gained first-hand experience of the problems and work constraints in general practice, which she believes “gives you a better balance, a better understanding of the issues outside community pharmacy”.

Ravi Sharma made his first foray into the GP domain in 2013, when he secured a job at primary healthcare company DMC Healthcare. Having originally worked in community pharmacy – also doing a stint as a locum in care homes – the change of setting was initially a shock.

Ravi had to quickly get used to a demanding role, which involved working with everyone in the practice and running pharmaceutical clinics for patients. He admits he was a “bit deer in headlights” in the beginning. “I didn’t know what I was getting myself into,” he says. 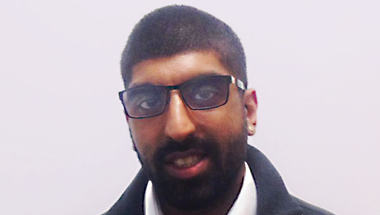 “It is proving to everyone in general practice – the nurse, GPs, the practice manager, healthcare assistants, the administrative staff – what a pharmacist can do within general practice. It’s about trying to get them on your side”

Proving his worth was the biggest challenge. “It is proving to everyone in general practice – the nurse, GPs, the practice manager, healthcare assistants, the administrative staff – what a pharmacist can do within general practice. It’s about trying to get them on your side,” Ravi explains. “But you have to prove yourself in any job.”

With this increased responsibility came increased clinical input. Ravi is now able to request changes to prescribing, rather than just suggesting options and solutions. And 80 to 90 per cent of medication queries go straight to him.

Patients have also been very receptive, and Ravi’s clinic is fully booked for two weeks ahead. “It’s a great job to have and I’d advise people to definitely take the opportunity,” he says.

Alongside his role as project pharmacist for Devon LPC, Mark Stone has been working in a GP practice part-time for the past five years.

His main motivation for adopting a surgery role was professional development. The opportunity to help GPs manage their patient caseload presented a fresh challenge. “I wanted to further develop my clinical skills and run clinics to support patients,” he explains.

Being a prescribing practice pharmacist proved very different to working in a community pharmacy. Mark had to quickly learn to assess risks and probabilities. “It was a new skill that I had to learn, and it was challenging,” he tells C+D.

He now regularly puts these skills into practice. Recently, he saw one patient come in with a heart rate of 140 and supraventricular tachycardia, and another who was having an asthma attack. It was up to him to decide whether the patients could be managed within the practice. “I never really saw that in pharmacy,” he says. 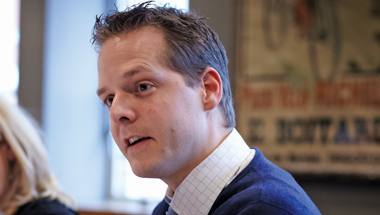 “It was nerve-racking when I first started working there; my learning curve was very steep! I had to learn how primary care medical practice worked as well as developing my skills and knowledge”

Understandably, this role felt somewhat daunting at first. “It was nerve-racking when I first started working there; my learning curve was very steep! I had to learn how primary care medical practice worked as well as developing my skills and knowledge,” he says.

It took Mark a couple of years to settle in, but he has now learned to use the support available from the GPs, nurses and other staff in the practice. “It is great to feel part of a clinical team – if I get a patient who is too complex, then I can always walk down to the next room and ask my GP colleagues for advice”. Mark says he feels “really passionate about the role and the value pharmacists can offer GP practices”.