How is the GPhC addressing your revalidation concerns?

The General Pharmaceutical Council‘s (GPhC’s) proposals to change the CPD framework – into a process known as ‘revalidation’ – will affect all pharmacy professionals. The regulator's 12-week consultation – which closed in July – provided pharmacists and technicians the opportunity to share their thoughts on the plans.

The revalidation changes put forward by the GPhC include:

During its council meeting on October 12, revalidation was described by a council member as a “step on a journey of the model, not the finished product”. According to the GPhC, the proposals have been “rigorously tested” over three years, are designed to “be relevant to the current practice of all pharmacy professionals”, and intended to be “flexible to the future of practice”. 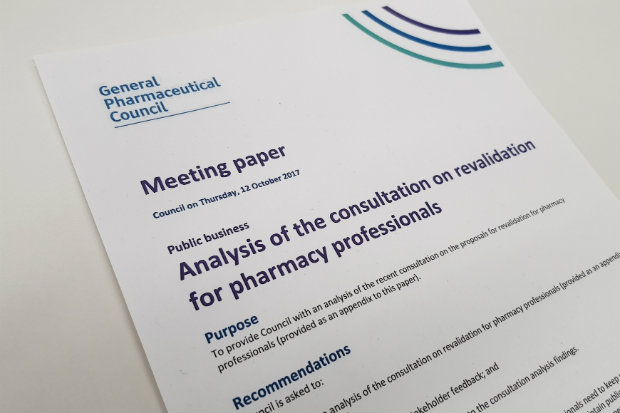 The regulator plans to start implementing the revalidation process in stages – beginning in 2018, and with full implementation by 2020 (see proposed timeline here).

The regulator discussed the feedback from its consultation at its council meeting – which C+D attended. Afterwards, C+D spoke to the GPhC to find out how the regulator plans to address some of the concerns raised by both pharmacy professionals and its own council members.

Who is a peer?

In terms of the new requirement to hold a “peer discussion”, an important question raised during the consultation was: who is a peer? The GPhC told C+D that a peer should be “someone who understands aspects of the [registrant’s] work” and who “the registrant respects and trusts”. Pharmacy professionals will have different peers at different stages of their career, the regulator stressed.

The GPhC pledged to produce more guidance on this area (see below), but in the meantime gave C+D the example of an individual in “a similar role” or with a similar professional background to the registrant.

During the council meeting, the GPhC suggested registrants should not choose a peer who “they have too close a relationship” with, such as a “family member or a very close friend”. However, it added that “peer discussion belongs to the registrant” and who a pharmacy professional ultimately chooses is up to them.

The GPhC indicated that it will – prior to the introduction of revalidation – create specific guidance on peer discussions that will include:

Although the GPhC has said it appreciates that peer discussions can happen spontaneously, it is encouraging registrants to think “about the discussion in advance” as it believes this will make the discussions “more effective”.

Another concern raised during the council meeting was that the peer discussion process could be abused by line mangers within the pharmacy. The GPhC said it plans to address this in its additional guidance, and reiterated that the choice of peer will be the registrant's own responsibility.

The GPhC also wants pharmacy professionals to “reflect on and make improvements to their practice” through their peer discussion, and provide examples of “any beneficial outcomes” from making these changes.

Who will be reviewed?

Not everyone will have their peer discussion reviewed, as this would be “a disproportionate approach”, the regulator told C+D. It pointed out that it will review a sample – a minimum of 2.5% – annually, and will also target the records of certain individuals, for example “registrants who submit records after the deadline”.

If your peer discussion is selected for review, then you will not be selected again for another two years, it added. However, CPD records may be reviewed more frequently if a registrant has “a history of requiring remedial measures, poor compliance or submitting records late and without good reason”. 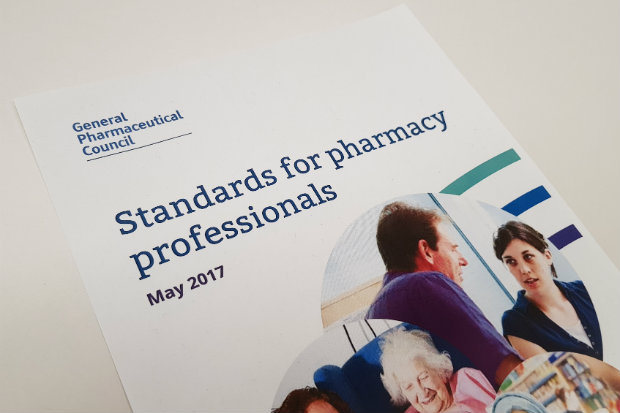 The GPhC plans to choose which standards will be aligned with reflective accounts. However, some respondents disagreed, and suggested allowing registrants to choose standards that are “closely aligned to their individual roles and responsibilities”, would empower them.

The consultation feedback also highlighted that registrants wanted clarification on how and when they would be notified on which standards had been selected. The GPhC told C+D that registrants will be made aware of the chosen standards “well in advance” of when they are required to submit their records.

In addition, the GPhC noted concerns that some registrants may struggle with the format of a reflective account, with “older registrants and pharmacy technicians” being the most frequently cited groups. To help address this, the GPhC said it will provide additional support for those not used to a reflection process.

The GPhC proposed that each review of registrant records will be carried out by two individuals: a pharmacy professional and a lay reviewer. It told C+D that the use of lay reviewers will help “reflect the voice of patients and public” using pharmacy services, and bring skills “similar to our current reviewers, many of whom come from an educational background”.

During the council meeting, a concern was raised as to who the professional who reviewed the CPD records would be. The GPhC has confirmed this professional – a pharmacist or pharmacy technician – would only review those within their own profession; for example, a pharmacy technician will only review the CPD records of other technicians. The GPhC told C+D that it will ensure that adequate training is provided “in advance” for those conducting reviews.

The GPhC has said that the introduction of revalidation for pharmacy professionals will take time and will be introduced in stages (see timeline below). However, it is “each individual registrant’s personal responsibility to ensure that they are able to revalidate and are familiar with the new requirements”, the regulator stressed.

The next steps for revalidation will be for it to “reflect carefully” on the consultation responses, before it submits its final proposals.

Now – The regulator is reviewing feedback from its consultation and the council, and making alterations to its proposals. Pharmacy professionals will continue to complete CPD using existing processes and guidance

Spring 2018 – The GPhC will launch a new online submissions portal

Autumn 2018 – The first groups of registrants renewing under the new framework will be asked to submit their four CPD records, alongside their renewal declarations and fee payment

2019 – Reviews will begin, but initially only the four CPD records – not peer discussions or reflective accounts – will be reviewed

2020 – Reviews of the full set of revalidation records will begin.

How many lay reviewers will be employed? How much will this cost? Who will pay? (I think I know the answer to the last question)

What we want the GPhC to do:

Acknowledge poor working conditions for Pharmacists, promote the shift towards pharmacist ownership and managmenet, promote the training and development post graduation to clinically accelerate the role of a pharmacist, to provide support and awareness for those suffering from mental/stress related pressures at work, utilise regulatory sources effectively to provide a fair work balance approach with employers and the NHS.

What the GPhC actually do:

I want the GPhC gone effectively, they are a poor regulator. A few months ago the Chief Registrar basically stated in response to the workplace pressures 'all NHS staff have to face harder times, deal with it'. The man who has a degree in Languages, never worked in healthcare and prmotes a strict enforcement with its members from both the GDC and GPhC. Any other country and there would be revolutionary amongst its members before tomorrow morning.

Well said. The GPhC have not addressed any of the real issues affecting pharmacists, rather they ignore them and instead produce endless, meaningless guidance to justify their equally meaningless existence. They are not independent regulators and are clearly pushing their own agenda whilst making life difficult for pharmacists.