The extent of crimes in pharmacies across the UK

What levels of crime are pharmacists and their staff really facing?

A C+D investigation has exclusively revealed the extent and severity of crimes that pharmacists and their staff are facing across the UK.

Using crime data from 2016, obtained through freedom-of-information (FoI) requests to all 45 of the UK’s police authorities, C+D has been able to create an interactive map for readers to see the level and nature of crimes in pharmacies in their own area.

These crimes not only include shoplifting – of which pharmacies in West Yorkshire alone suffered 1,096 incidents last year – but burglaries, robberies, and even – in some cases – arson.

Ten police forces – including Police Scotland, the Metropolitan Police, and Thames Valley – did not provide data to C+D, claiming that extracting the relevant information about pharmacy crime “would prove too costly to do so within the context of the [FoI] fee regulations”. For these areas, C+D has contacted their local pharmacist representatives (see below).

West Yorkshire – the UK’s fourth largest police force, after the Metropolitan Police, West Midlands and Greater Manchester – topped the list of total crimes, with 1,304 incidents occurring in premises registered as a ‘pharmacy’ or ‘chemist’ during 2016. 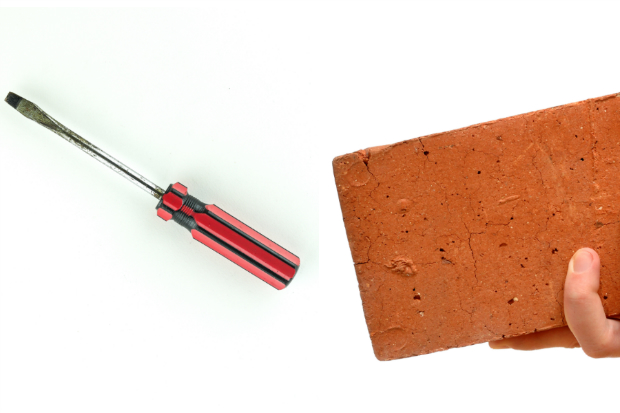 Across the 35 police authorities that provided data to C+D, there were 291 cases of violent crime – including arson – in pharmacies. The assortment of weapons used included bricks, screwdrivers, a walking stick, and even a golf umbrella. Find out what other unusual weapons were aimed at pharmacy staff here.

West Yorkshire topped the list of violent crimes, reporting 37 – including three cases of arson. The Police Service of Northern Ireland came second, reporting 28 cases of “violence against a person”, including one that resulted in a “serious” injury caused by a blade or knife.

Some police forces provided detailed descriptions of the violent incidents: from the perpetrator who used “boots or feet” to “kick, knee and stomp” on a victim in South Yorkshire, to incidents of “hair pulling”, “grabbing”, and even a needle prick to the hand in Kent.

Among the 10 incidents of violent crime reported in pharmacies in Greater Manchester was an incident of “racially or religiously aggravated common assault or beating”, and two cases of “sexual assault against a female”. You can find out more about how violent crimes in pharmacies were categorised below. 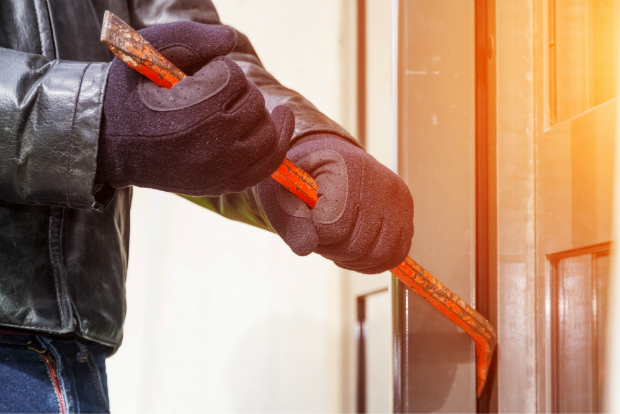 Of the police authorities who responded to C+D’s request for data, Greater Manchester had the highest combined number of reported burglaries and robberies, with 41 and six incidents respectively.

The scale of shoplifting

Unsurprisingly, shoplifting accounted for the majority of incidents in C+D’s investigation of crime in pharmacies in 2016 – with 11,481 recorded cases across 35 police areas.

West Yorkshire led the way (see above), followed by its neighbouring force, South Yorkshire – with 1,030 – and Northumbria with 804.

Cash, drugs, charity boxes, and even a foot spa, were among the items shoplifted from pharmacies.

Support from LPCs and police 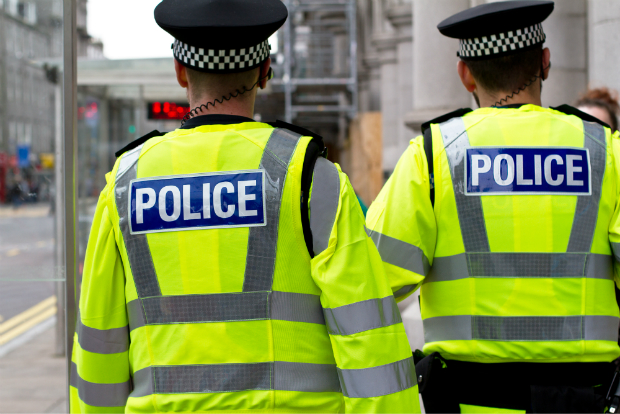 Commenting on C+D’s findings, Community Pharmacy West Yorkshire CEO Ruth Buchan said “pharmacists are really aware of the potential for crime against their pharmacy, by the very nature of what we do”.

“One thing we are doing is making sure our pharmacy teams are aware of drugs liable to misuse,” said Ms Buchan. She gave the example of pregabalin, which “isn’t necessarily locked away in a cupboard and has a high street value”, meaning it can become a target for addicts.

Ms Buchan said she has not noticed a rise in crime affecting pharmacies in recent years. “Not that it hasn’t happened, but we haven’t had any contractors contact [us] to say that something has happened, or that they feel at risk.”

A spokesperson for West Yorkshire Police said the force is “committed to reducing business crime and burglaries on businesses”, as these types of crime can often have a “lasting impact” on businesses and victims.

Greater Manchester local pharmaceutical committee (LPC) CEO Adam Irvine said LPCs “are completely reliant” on contractors reporting incidents of crime – both “minor” and “major”. “The moment they ask for [our help], that is when we step in and do what we can.” 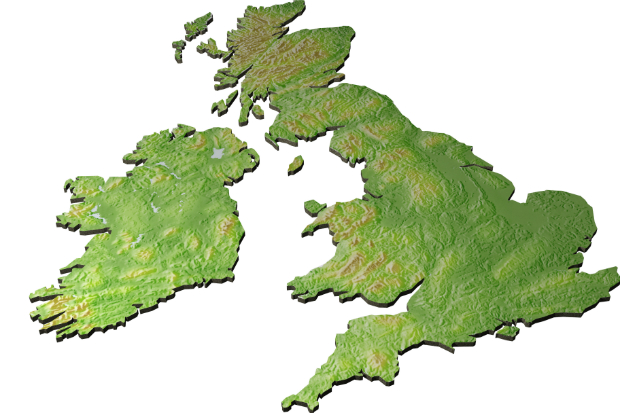 All 45 police forces responded to C+D’s FoI request, but 10 claimed they were unable to retrieve the data on pharmacy crime because it would be too costly. These areas are coloured grey on C+D’s interactive map here.

In an effort to paint a fuller picture of crime in these areas, C+D has contacted LPCs – and the Scottish pharmacy negotiator – for their insight. Read their responses below:

One major police force which did not provide any data was Police Scotland – which is responsible for handling all the crime statistics for its 13 local policing divisions: Argyll and West Dunbartonshire; Ayrshire; Dumfries and Galloway; Edinburgh; Fife; Forth Valley; Greater Glasgow; Highland and Islands; Lanarkshire; North East; Renfrewshire and Inverclyde; Tayside; and the Lothians and Scottish Borders.

Speaking exclusively to C+D, Community Pharmacy Scotland director of operations Matt Barclay said the negotiator has had no cause to specifically record every incident of crime occurring in pharmacies in the country.

“We’ve certainly not had any discussions with the Scottish government on it,” he said, referencing the ongoing review into pharmacy safety in Northern Ireland, launched following a spate of violent attacks in the country.

“Crime is obviously of great concern for anyone who experiences it – pharmacists and pharmacy staff and those who still locum in pharmacies…but it is not something that as of yet our board has been asked to consider,” Mr Barclay added. 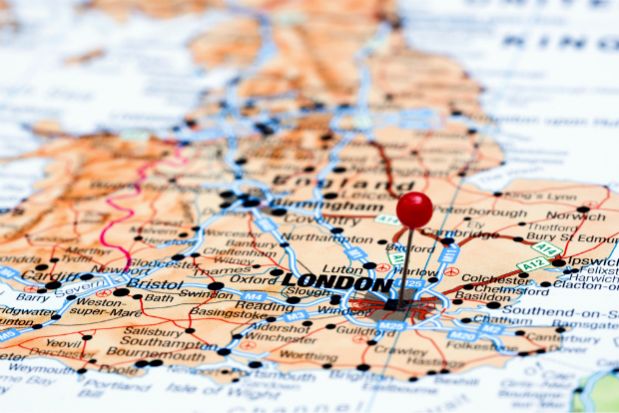 The UK’s largest police authority, the Metropolitan Police are responsible for policing every pharmacy in the capital – except those in the 1.1 square mile City of London.

The Metropolitan Police did not provide C+D with its pharmacy crime data, but Rekha Shah, former chief executive officer at Pharmacy London, told C+D that as far as she is aware, “pharmacies in London do not experience more than the usual [amount of crime] for pharmacy businesses elsewhere”.

Because of the retail aspect and the amount of cash in the tills, “pharmacy as a business is bound to be affected...by crime”, Ms Shah said.

“A lot of high-value toiletries and other items can be subject to shoplifting, because they are small in size, but high value,” added Ms Shah, who also referred to pharmacies “having stocks of medicines that can be subject to abuse and have a [high] black market value”.

A spokesperson for Avon LPC told C+D that other than one pharmacy that was broken into twice in recent months, it is not aware of crimes taking place in pharmacies in the area. 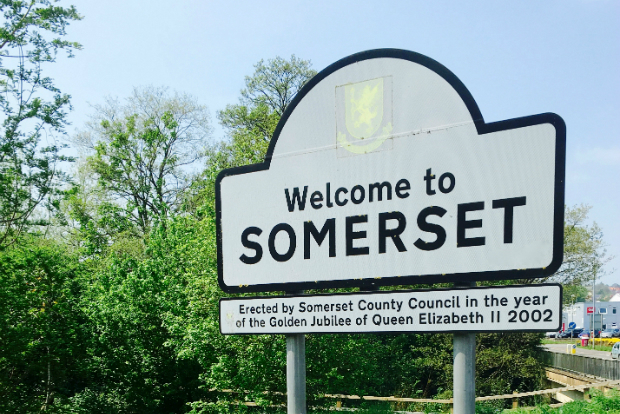 Somerset LPC CEO Michael Lennox said that as far as he can tell, “sleepy Somerset seems ok at the moment”.

The LPC would only be alerted to an incident if there was a disruption to its service, not necessarily for a break-in, for example, Mr Lennox said.

“If there was some [violent crime], it would have been reported [to us], but we haven’t been given any flag on this.”

“Structurally we’ve got support engagement officers. If there was criminal damage and it stopped the pharmacy from trading, we’d support that pharmacy in terms of patient support,” he explained.

“I was in the LPC in Devon for years and I never heard anything. Maybe because we’re the sleepy south west. I think [contractors would] come to us if there was arson; it would come to our attention to help with disruption to service.

“If there was a rush of bad things, we’d get involved,” he added.

Thames Valley LPC CEO Carol Trower said crime in pharmacies has “not been a major problem in our area, and certainly not one that contractors have approached us about”.

“I haven't been asked to support a contractor with this in either Berkshire or Oxfordshire over the last few years,” she added.

Wiltshire LPC chief officer Fiona Castle said the committee is not routinely alerted when a criminal incident has occurred in a pharmacy in the county, and no stand-out cases spring to mind since she took up the post in 2008.

If a contractor did approach the LPC for support, “we would certainly look into what we could do to help – signposting, for example”. But Ms Castle believes most contractors wouldn’t necessarily call on the LPC for help, and would instead “just deal with it”.

Hertfordshire, Hampshire, Surrey, West Midlands and Essex LPCs were unavailable for comment at time of going to press.

Check out C+D's interactive map to see the extent of crime in pharmacies in your area.

How did C+D get hold of this data?

In February 2017, C+D sent out 45 requests for data under the Freedom of Information (FoI) Act to all police authorities in the UK – 43 in England and Wales, as well as Police Scotland and Police Service Northern Ireland. All the police forces responded within the statutory time limit of 20 working days, with 35 of the authorities granting C+D the data.

What information did C+D request?

C+D asked each police authority a series of five questions: the total number of crimes committed in pharmacies in 2016; how many of these were incidents of shoplifting; how many were burglaries or robberies; and how many were violent crimes – including arson. The final question asked for details of the crimes – including the date, time, any weapons used, injuries and products or items targeted, and whether there had been any suspects arrested or cautioned in relation to the crime.

Why is the figure for overall crime in each area higher than the combined figures for shoplifting, burglary, robbery and violent crime?

As well as asking for the overall figure for crime in each area, C+D specifically requested details on three categories of crime (see above). Other categories – such as criminal damage, prescription forgery or fraud, possession of either a weapon or controlled drugs, and public order offences – also potentially contributed to the total number of crimes in any given area.

Aside from shoplifting, “other thefts” were reported by several police authorities. For example, as well as 276 cases of shoplifting reported in Warwickshire, there was one case of “stealing from a person” and four incidents of “stealing pedal cycles”. However, these non-shoplifting crimes do not fit under the three categories C+D has highlighted on its map.

How representative are the figures for each region?

Police forces used the location code of crime to decide whether it was relevant to C+D’s request. Depending on the force, these codes ranged from “pharmacy” and “chemist” to “toiletries shop”. In some authorities – for example, Lancashire – the location field is not mandatory when recording crime. Cambridgeshire relied on the term “pharmacy” or “chemist” being in the building’s name, for example: ‘Boots the Chemist’.

This means that potentially even more crimes may have been committed in pharmacies than were reported in some areas.

Can the data be compared between different police forces?

In their responses, police authorities stressed that their data should not be directly compared with information provided by other forces, as “the systems used for recording these figures are not generic, nor are the procedures used locally in capturing the data”.

How were "violent crimes" classified?

C+D identified these incidents as those that were classified by police forces as “violence” or “assault” – with or without injury. For the purposes of this investigation, C+D did not include “sexual offences” as violent crime, unless the police force specified that the incident involved assault.

Most cases of arson were recorded under their own category of ‘arson’, with the exception of Greater Manchester Police, which recorded 12 cases of “criminal damage and arson offences”, and did not specify which – if any – of the incidents involved arson specifically.

If you have experienced crime in your pharmacy, share your story by emailing [email protected], with the heading ‘Crime in pharmacies’.