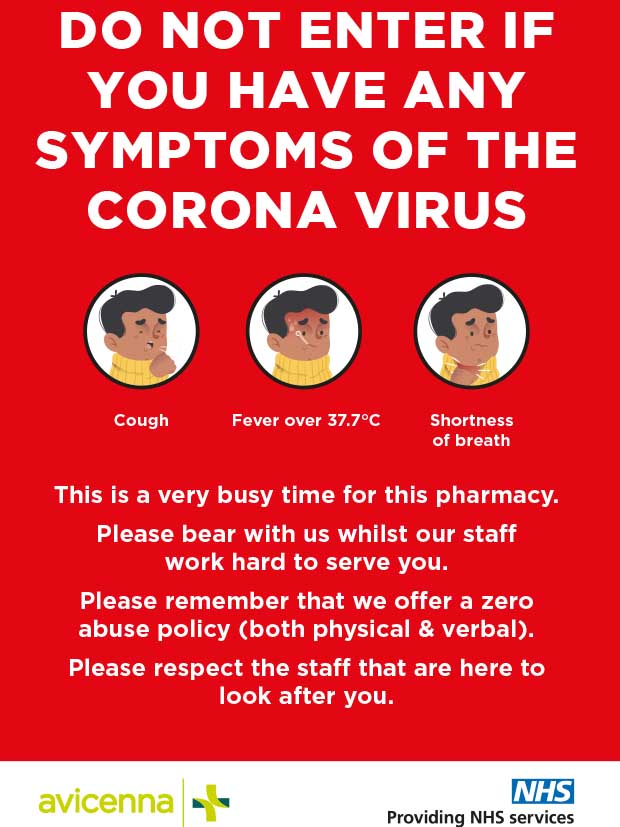 A very delightful customer has insulted and abused 2 pharmacy  assistants, one in store and one on the phone, before I had the pleasure of being called a f****** idiot I should f*** myself because his doctor would only supply 4 sildenafil on a 56 day prescription of life saving medication. I said that he needs to re-order it for the 2nd month. He said that it is our job to do it and gave me the really graphic description and helpful suggestion of my next action before slamming the phone down.

Needless to say, a letter has been sent with our suggestion for him to find another pharmacy to dispense his future prescriptions. Such uncouth behaviour to 3 people in the space of 30 minutes, trying to help, deserves this response!!

I work for a large multiple and the area manager was appalled at our experience and has written the letter.

Whilst we have had a few irritated customers due to the social distancing policy etc we have seen no such behaviour.  In fact quite the opposite we have recieved snacks, chocolate and even full meals from customers who have been more supportive than ever before.  I think this has been mainly as a reaction to the "closed door" policies of the local surgeries so the population in general has been most appreciative that they can access medical knowledge and information, most have been amazed we are coping well and have been generous to us

I have had one of the larger chains try to reprimand me in regards to this before. But, I have never been one to back down from something I believe to be morally unjust. The feeling of being pressured to leave things alone, just because it's easier, or the risk of losing a patient to another business is...horrible.

Pharmacists are partially to blame. Years and years of acting like a doormat. Obviously the first time you're unable to deliver due to unforseen circumstances this is what you'll get.

All this is down to a complete abrogation of responsibility by GPs who have dumped a month's worth of scripts on us in less than 2 weeks.
For years they have made the assertion that only they can control prescribing and medications as only they are professional enough and have the knowledge
This last two weeks has blown that out of the water with willy nilly repeating of scripts and issuing inhalers to all and sundry with no checks at all
This has almost certainly caused patient harm due to the workload on pharmacies, Has brought the profession of Pharmacy almost to its knees and broken the medicines supply chain
Do we hear any censure if GPs locked away safe behind a wall of staff and phone lines....
Not on your life

I was called 'f***ing c**t b***ch because we had no hand gel or paracetamol. Also someone wiped her hands all over the counter and tried to grab the face of a member of staff when asked to put her scripts down on the counter and step back. I am now scared of the public, even though most have been understanding and appreciative.

I hope your colleague is alright, and that individual who conducted themselves in that way is rightly reported to the police.

Most of our patients have been understanding. I feel for you. We never had the recognition from the government. Even today michael gove promised everyone but us covid 19 screen kits. Only bit of postivity was the clapping at 20.00  yesterday. Duncan needs a real kick up the backside if he wants to punish pharmacists for increased paracetamol prices. We need to stand together on this.